Public Service. Mentorship. Humanitarianism. For Senior of the Year Madhu Narasimhan, these words were dogma. Throughout his four years on campus, the fourth-year political science student had made these guiding principles part of each and every day. He’d served on student government as a scholarship director, leading his fellow students to scholarship opportunities as a means of alleviating the financial burden of higher education. He’d also worked to connect Bruins with opportunities for public service, whether serving as an activity leader during the annual UCLA Volunteer Day, or in the UC Haiti Initiative, which organized a humanitarian trip to the Haitian capital of Port-au-Prince. For the passionate and wise-beyond-his-years Narasimhan, these undertakings reflected a lifelong dedication to service. “Each of us has unique abilities to impact the world,” he imparted with a smile. “I want to spend my next 60, 70, 80 years trying to leave some sort of tangible impact.”

It was no wonder Narasimhan embodied all that UCLA holds near and dear—global and community service, positivity, passion. After all, Narasimhan had Bruin in his blood; his father had worked on a PhD on campus, and his sister had attended as an undergraduate, instilling in him a deep and profound love for UCLA. When he opened a rejection letter one March day in 2009, it seemed his Bruin dreams were crushed. Nevertheless, Narasimhan perservered, reflecting an indomitable spirit: “I wasn’t ready to give up. I wrote a series of appeal letters, and I told the committee that if admitted, I would not take it for granted — I would work harder than ever to make my fellow Bruins proud.”

Despite this minor early setback, Narasimhan received his acceptance letter soon after, saying, “I am so grateful that UCLA gave me the chance,” and took the pledge he had made to admissions seriously, hitting the ground running. He founded a non-profit, the Balu Foundation, which focused on youth empowerment and the implementation of education programs worldwide. Additionally, he founded the UCLA Global Citizens Fellowship with the help of faculty members like Vice Chancellor Janina Montero, Susan Swarts and Professor Teofilo Ruiz. In this ambitious initiative—modeled after the State Department’s Fulbright grant, according to Narasimhan—students were given the support and empowerment to take on public service projects overseas.

Enrolled in the political science program, Narasimhan found heroes, mentors and sources of inspiration in, among others, G. Jennifer Wilson, the Assistant Vice Provost for Honors, Professors Wayne Bass and Jason McCombs—from whom he learned about Buddhism—and history Professors Nile Green and Geoffrey Robinson. Among these inspiring learning experiences was Professor Vinay Lal’s course on the “Moral and Political Thought of Mahatma Gandhi,” in which Narasimhan came to learn more about one of his personal idols. He shared, “Gandhi was a figure who molded together humanitarianism and political activism, and that’s something I admire greatly.”

Moreover, he engaged his interest in politics in a truly unique once-in-a-lifetime opportunity, representing the State of California and President Barack Obama as a Presidential Delegate for the Democratic National Convention in 2012.

Despite these noteworthy accomplishments, Narasimhan possessed a humility that came from an others-first mentality, saying, “On this four-year journey that has taken me from Kerckhoff Hall to the villages of Haiti to the West Wing of the White House, I have come to realize there is no higher mission in life than serving our fellow human beings.”

With this chapter of his life coming to a close, Narasimhan reflected on the people, places and pursuits he would miss. “In high school, I had this image of what college would be like,” he explained. “Sitting around fireplaces with brilliant people, talking about ideas, changing the world. Having fun, playing practical jokes, messing around. And that’s exactly the experience I’ve had here…That’s something I’m really going to miss—that sense of community and camaraderie.”

Of the many buildings, classrooms, eateries and lawns on campus, Janss Steps would likely always hold a special meaning for the graduating philanthropist, who’d come to give so much back to his university. He shared, “Before being admitted in spring 2009, I visited the campus and stood at the top of Janss Steps, looking out. At that moment, I felt like a Bruin — and I knew I had to come here.”

After graduation, Narasimhan had no plans to slow down; he had been awarded a prestigious Fulbright scholarship, and would be working in Malaysia, teaching English public speaking and creative writing to Malay students and pursuing research, likely involving US-South East Asian diplomatic relations.

In parting with the university that had helped him realize his purpose, he had this to say to: “Give back; serve. And maintain a healthy disregard for the impossible, as Larry Page once said. Don’t be afraid to chase after your dearest, loftiest aspirations.” And more specifically, for future Bruins, Madhu advised with a flourish of humor, “Don’t forget to check out the bathrooms on the 3rd floor of the Physics & Astronomy Building. They are palatial.” 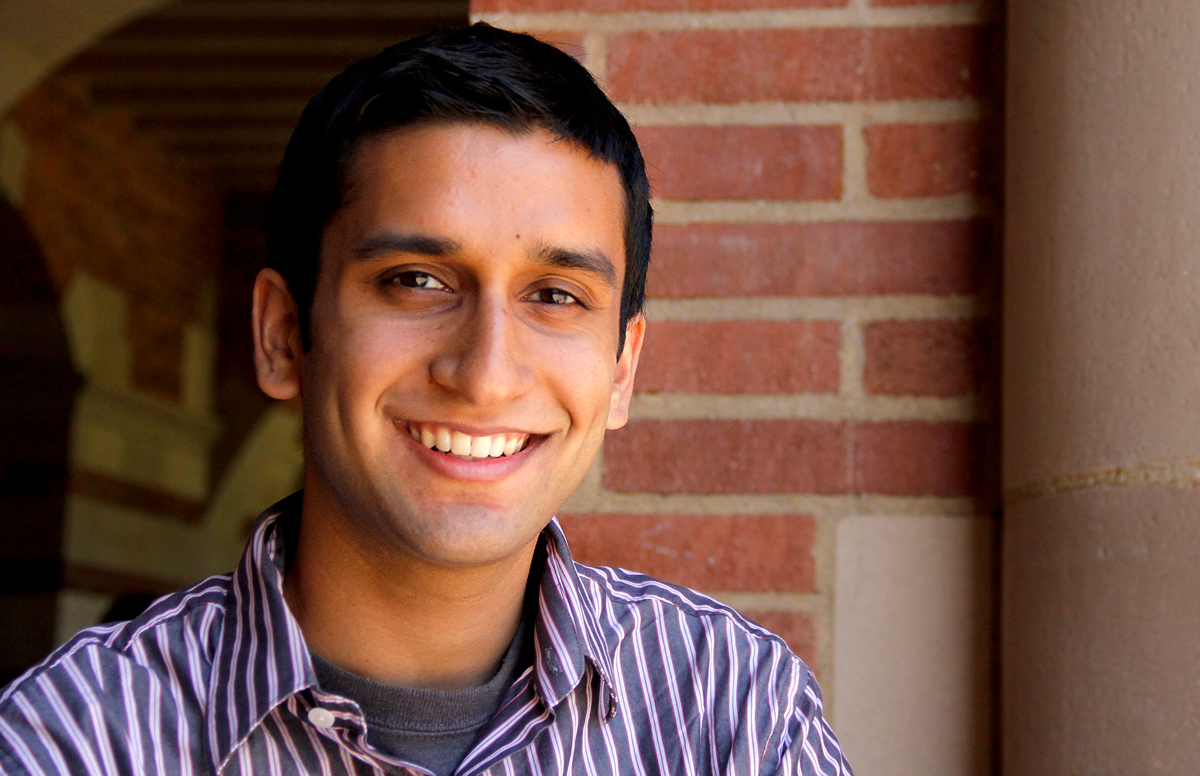 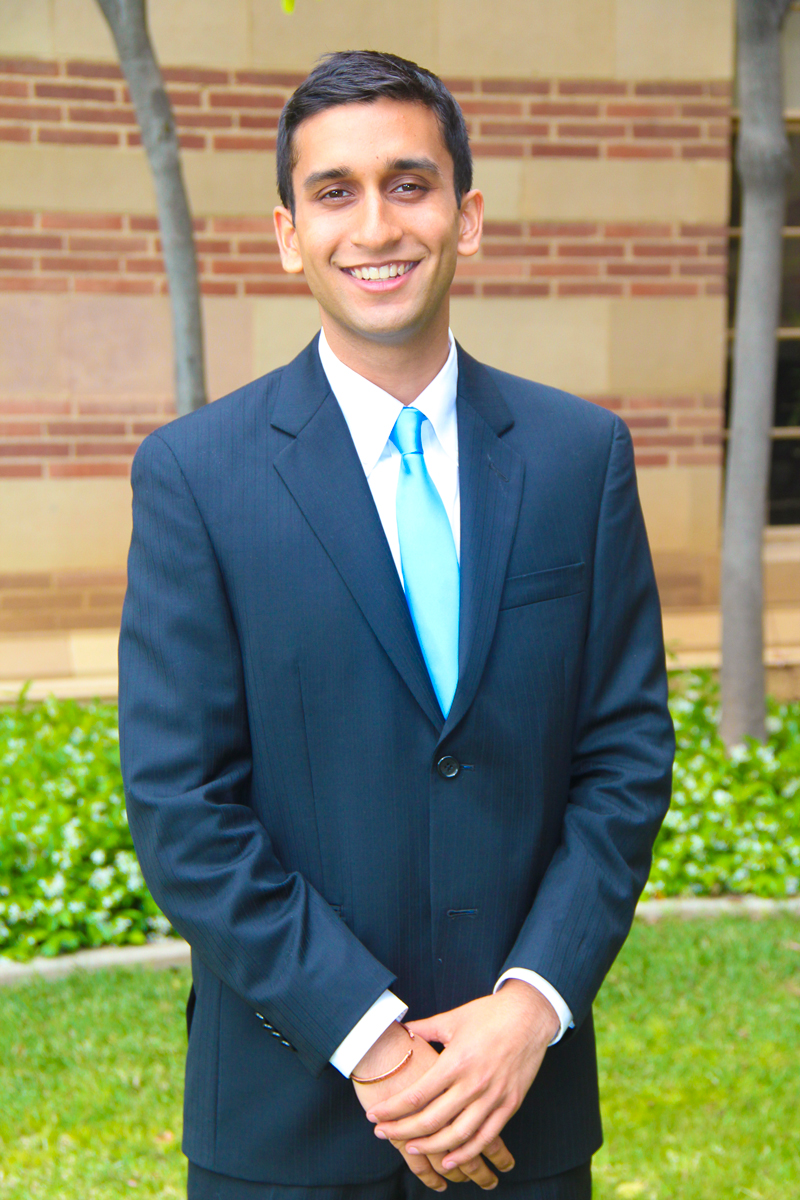 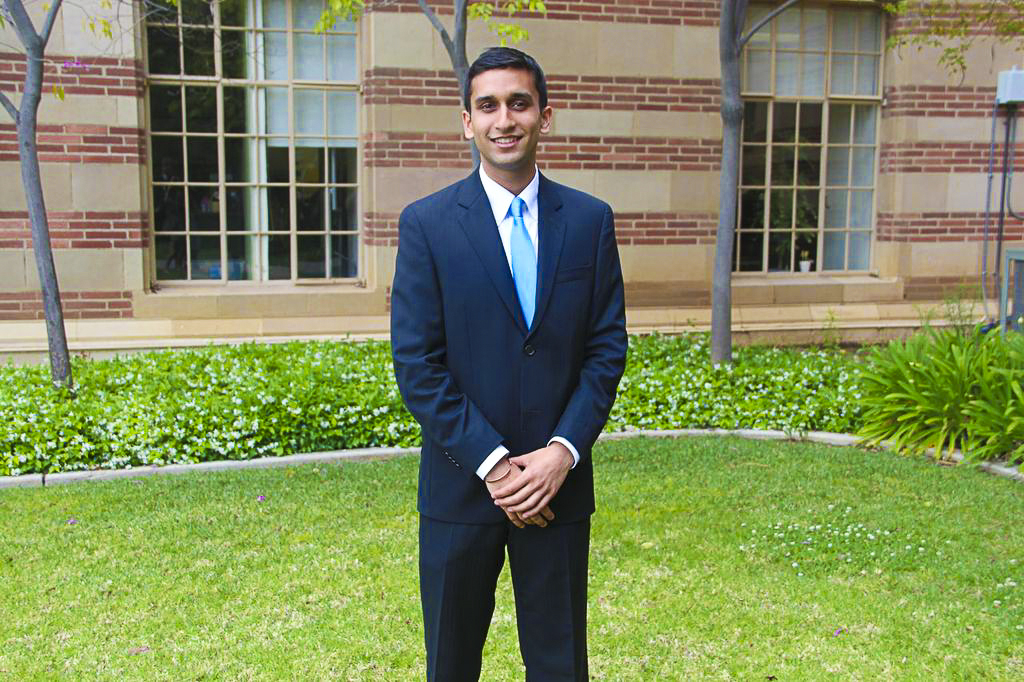