Beep. Beep. The electrocardiogram tracing line on the heart monitor rose and fell with every beat of the three-year-old girl’s heart. Beep. Beep. One false surgical misstep would end in severe cognitive deficits in the best situation and death in the worst. Beep. Beep. The frequency of the heart rate monitor sounds increased and increased until—suddenly—it consolidated into the worst sound a surgeon could hear: the sad, single flatline tone. Brianna Mitchell’s heart had stopped beating and would not start again on its own for the next 10 hours.

Mitchell was born with one of the largest brain aneurysms the doctors at Loma Linda University Medical Center had ever seen. It prevented her from talking and caused several strokes and seizures. After realizing the grave fate that awaited her elsewise, a team of surgeons performed a cardiac bypass in order to clip her aneurysm, and fortunately, their risky endeavor paid off: the now healthy Mitchell could speak. It was not without repercussions, however, as her simultaneous brain and heart surgery left her with mild to moderate cerebral palsy, several upcoming years of rehabilitation, and scars to forever remember her miraculous past.

Recovering from the surgery was half the battle as Mitchell was placed in a special education classroom for three years after attending a slew of other schools. “It was hard for me to regain the skill [of talking] that I should have learned when I was one or two because I didn’t even utter a single word,” Mitchell explained. “However, my parents were absolutely 100% perfect and supported me and gave me motivation to try even harder.” Her efforts had paid off as the evidence of the progress she had made with her learning disability came in the tangible form of an UCLA acceptance letter. It was at UCLA where Mitchell learned how to serve both herself and others to make a difference in the world.

Once at UCLA, Mitchell did not let her disability hold herself back academically; in fact, it inspired her to minor in disability studies. Driven by personal motivation, she went above and beyond what was expected and even spent an entire day in a wheelchair for her senior thesis on the degree UCLA meets the American Disabilities Act’s mandated accessibility requirements. To supplement her minor, Mitchell started out as a sociology student, but like many other Bruins, a general education course swept her off her feet.

“Don’t get me wrong, sociology is cool, but I thought to myself, why don’t I do something that I absolutely love waking up to in the morning to go to class for, and for me, that ended up being geography.” To add to her already loaded plate, Mitchell took on a film, television, and digital media minor because she claimed, “I am a person who likes challenging myself and pushing my limits.”

It was this desire for a challenge and venturing into unknown territory that led Mitchell to study abroad in China where she volunteered at the Dandelion School for the children of migrant workers, expressing, “Everyone definitely has to study abroad. There are so many beautiful people with different backgrounds–you can’t meet them all, but it can’t hurt to try.”

She continued to exemplify how she was not going to let her cerebral palsy limit her activities by being as active as she could. Not only did she grow up wakeboarding, competitively sailing, and playing tennis, but she also swam 2,500m every day at Sunset Canyon Recreation Center. “Swimming is the best stress-reliever,” Mitchell stated. “I swear I’m a water baby.” The 50m pool was the only reason why Mitchell lived in Hedrick Submit her four years here, although she admitted to enjoying the calf workout on the daily trek up to her room.

As much as she loved being active, her favorite hobby was definitely to serve others. Mitchell’s life revolved around community service, and her passion for helping others was exemplified in her involvement with Bruin Belles Service Association, a non-profit philanthropic organization that promoted women’s leadership. Although she started as a Baby Belle, as a fourth-year she was on the Executive Board as the Campus Culture Chair and was lovingly known as “Mama Bri.” She spent countless hours serving as a liaison with the Athletics Department, and participating in programs such as SOAR, ACE-ing Autism, and the MS Walk. The event Mitchell was most proud of was when she spearheaded the 16th annual UCLA P.L.A.Y. Day, where BBSA brought together NCAA athletes and children of the East Los Angeles Boys and Girls Club for a day of sports, snacks, and inspiration. The day after the event, Mitchell received a phone call from one of the Belles asking for information about of the kids that came to the event because she wanted to buy him cleats so he could play soccer like he wanted to. “At that moment, I definitely felt like my job was done,” Mitchell emotionally said. “When I can instill upon the Belles the same love and compassion that I have—I know I did my job well.”

It was the same dedication to others and personal history that led Mitchell to matriculate in Loma Linda University’s Master’s Degree Transitional Program for Communication Science and Disorders so she could pursue a career as a speech pathologist. In explaining her personal connection to the hospital, she said, “Loma Linda looks at the person as a whole and not just at their disability. I have a disability, but there is no denying that it has shaped me as a whole.”

After asking what she will miss the most after graduation—or the “G-word” as Mitchell called it—she stated that she will miss everything: from that feeling of awe when looking at Royce and Powell down to the people in it. “I am so proud of being a Bruin, and I have the honor of being a UCLA Bruin forever, and that’s an honor in itself,” Mitchell explained. “I’m going to wear my Bruin colors at Loma Linda and people will make fun of me but I don’t care.” Looking back at her accomplishments, friends and experiences, Mitchell sometimes could not believe that two decades ago she was fighting for her life in the operating room. “I always say this, but my brain and my heart have laid open [since the beginning], but it was up to me to find out what was inside of them, and UCLA has given me that opportunity academic wise with my brain—which certainly was challenging at times,” Mitchell laughed. “But it has opened my heart to community service, and I couldn’t ever repay UCLA for that gift.” 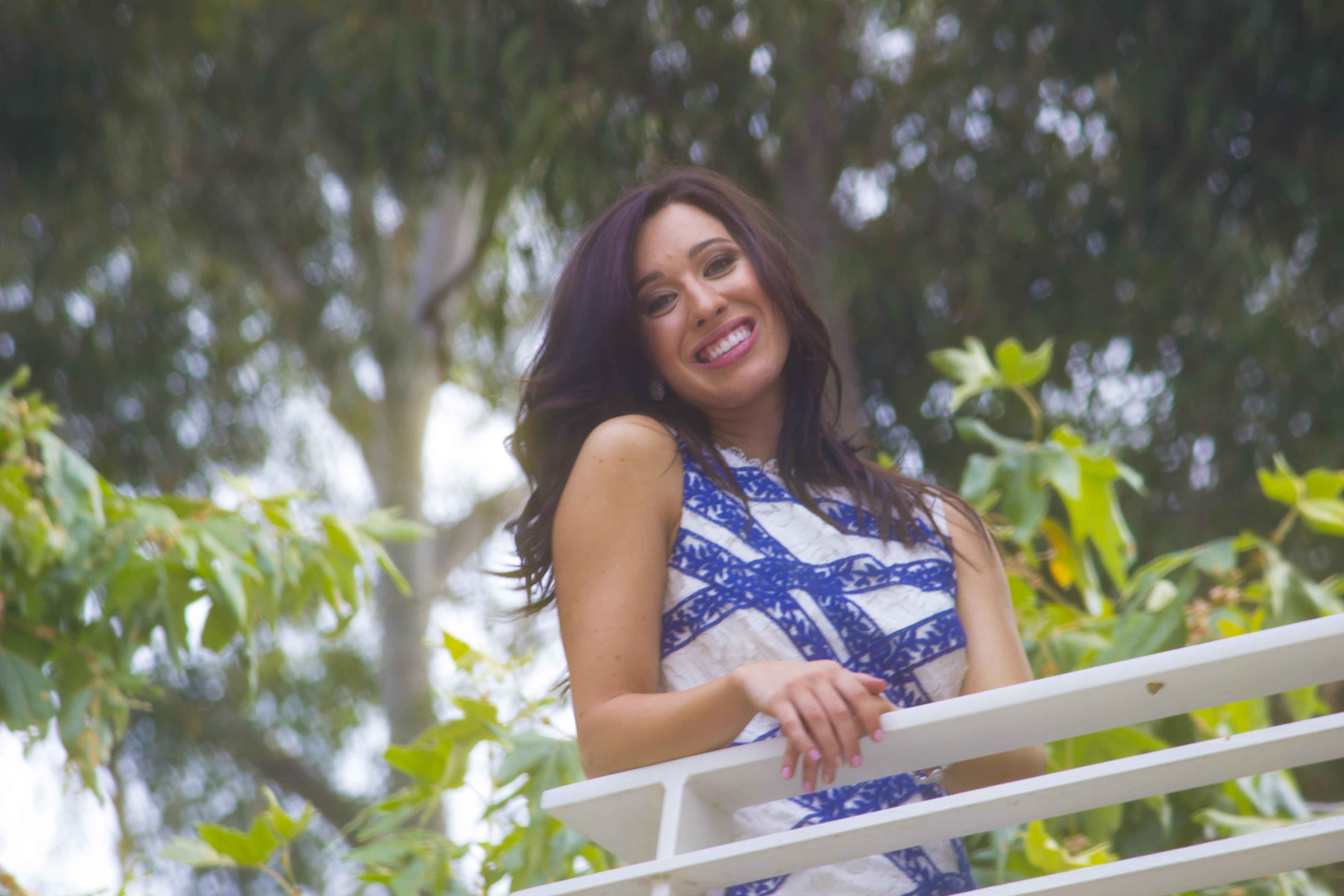 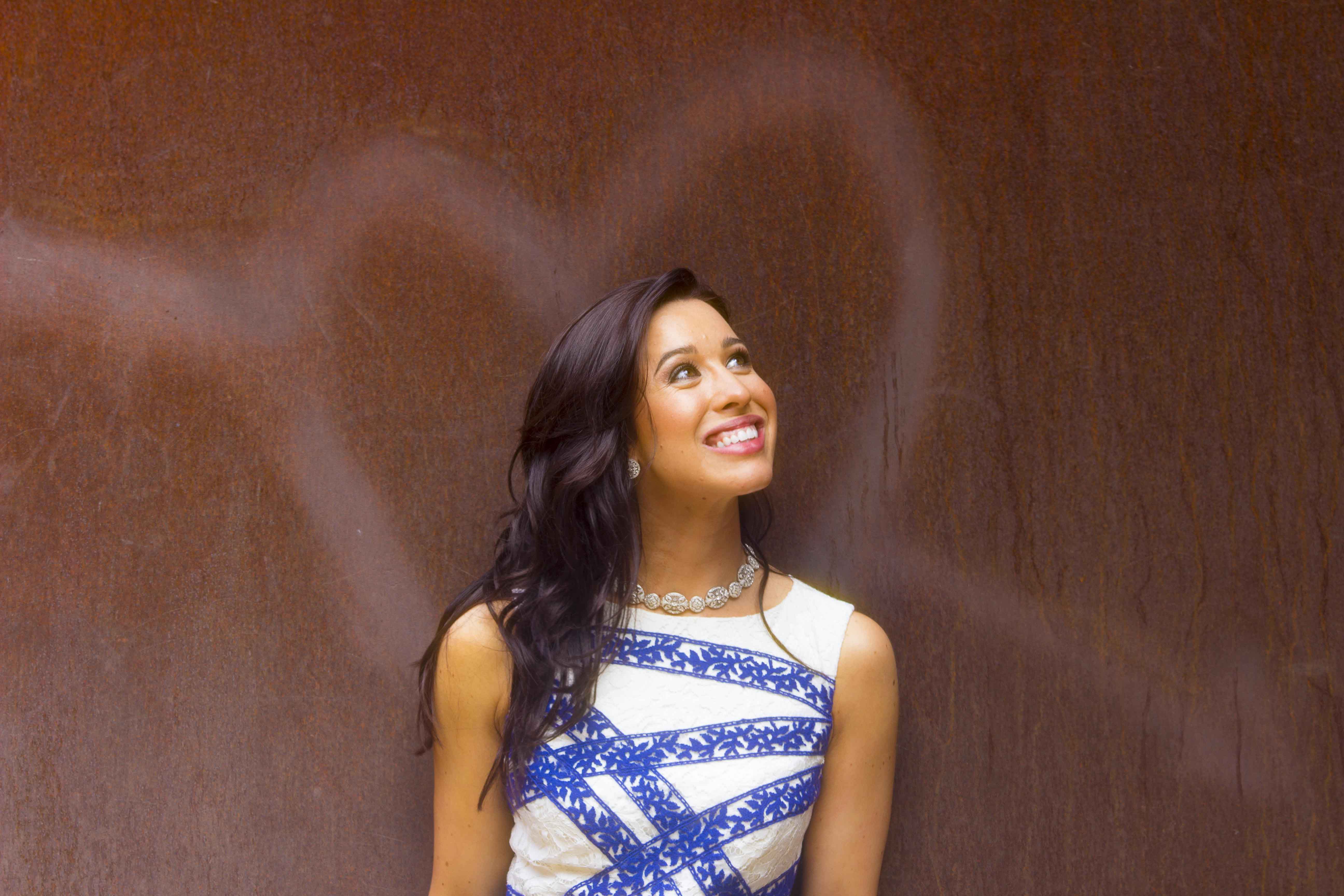