“If I had to describe myself in one phrase, it would have be ‘ridiculously bubbly,’ stated Michelle Cheng, a fourth year English student. She acknowledged that her self-assessment might have sounded “cliché.” However, she chose to stick with the phrase because it really encompassed her personality in two words. She continued, “I laugh often, I love people, and I give more hugs than handshakes. I exude positive energy and I am never without a smile on my face.” Cheng, originally from San Francisco and a proud local of the Bay Area, believed that the diversity of her hometown fostered a sense of awareness, tolerance, and appreciation for people from all walks of life and cultures and ideas that were different from her own. Her open-mindedness helped her throughout her college experience as well. In addition to her upbeat attitude, she also described herself as the “responsible older sister,” a role that she took seriously despite growing up in a lax home environment. She described how she and her friends took advantage of their independence by exploring San Francisco via its exceptional public transit system. When talking about her family, Cheng said, “I have one younger brother who is a freshman at a community college back home, and I absolutely adore him.” Other than her baby brother, Cheng housed a love for a number of other things, too. In her free time away from her busy schedule, she partook in a number of hobbies, which included reading, writing, dancing, traveling, and cooking. Yet, the Food Network’s vast arrays of cooking shows were, perhaps, her guiltiest pleasure of all. A Bruin, older sister, and food lover, Michelle Chang proved to be an outstanding and multifaceted individual throughout her four-year stay.

Greek Life was one aspect of Cheng’s experience that she would not change for anything, because it infinitely impacted her outlook, group of friends, and future. In fact, she “adored” her sorority and all the friendships she made during her time as a member; however, she was not always so sure about life as a Greek. She stated, “I was hesitant about joining, when I first heard about it.” After several meaningful talks with her best friend from home, she decided to apply despite her uncertainties. Her friend’s words of advice–“Do what you feel is right in your heart, and don’t be scared to explore”–gave Cheng confidence to try something new, and she was glad she listened. In her heart, she knew that being a Theta was “right.” Reminiscing, Cheng stated, “I am so glad I did. I pushed myself out of what I perceived to be my comfort zone, past all the stigmas and silly judgments, and truly grew as a person. I cannot fully express all that Thetas have given me.” The fact that her sorority was an Asian American interest group, helped her grow in unexpected ways, and she credited her sorority as the balm that soothed and improved her relationship with her parents, which continued to blossom each year. Cheng believed “whole-heartedly” that she found life-long sisters in the Theta girls. She stated, “They are girls who are not just friends, but a family that will be there in a drop of a pin when you need them most. Who love you at your best and worst, whether that includes being the epitome of a hot mess after a breakup, or covered with snot from the flu, or simply just being a grumpy monster, these girls will be there.”

Her love of literature and knack for planning largely influenced her future as well, because Cheng’s long-term goals were already set months before graduation. Though she completed her bachelor’s degree in June of this year, she planned to pursue a PhD in Medieval Literature in the years to follow. Her undergraduate English and Classics studies fit perfectly with this career path, and she looked forward to learn more about the past, which Cheng referred to as her love of the “very old.” Cheng also had plans for the summer months following graduation. She was excited to visit Europe, where she would explore the culture-rich country of Italy and embrace its easy-going atmosphere. She chose not to participate in a travel program and instead looked forward to “getting on a plane and just going.” However, Cheng stayed true to her nature by prepping for her trip months in advance. She shared, “I’m taking an Italian class right now in preparation for my trip. The language is so beautiful and fun to learn.” When asked about her advice for future Bruins, she kept things simple. She stated, “My advice to future UCLA students who want to make the most out of their college experience, would be to ‘Be fearless.’ Don’t worry so much. Go out and experience all that the world has to offer.” Cheng described her overall college experience in one word: incredible. She stated, “I had the most amazing time. I was silly. I embarrassed myself more than I can remember. I found a family outside of home. I discovered my passion in life. I nurtured my own goals and dreams. I made mistakes. I learned from them. I have no regrets. It was incredible.” 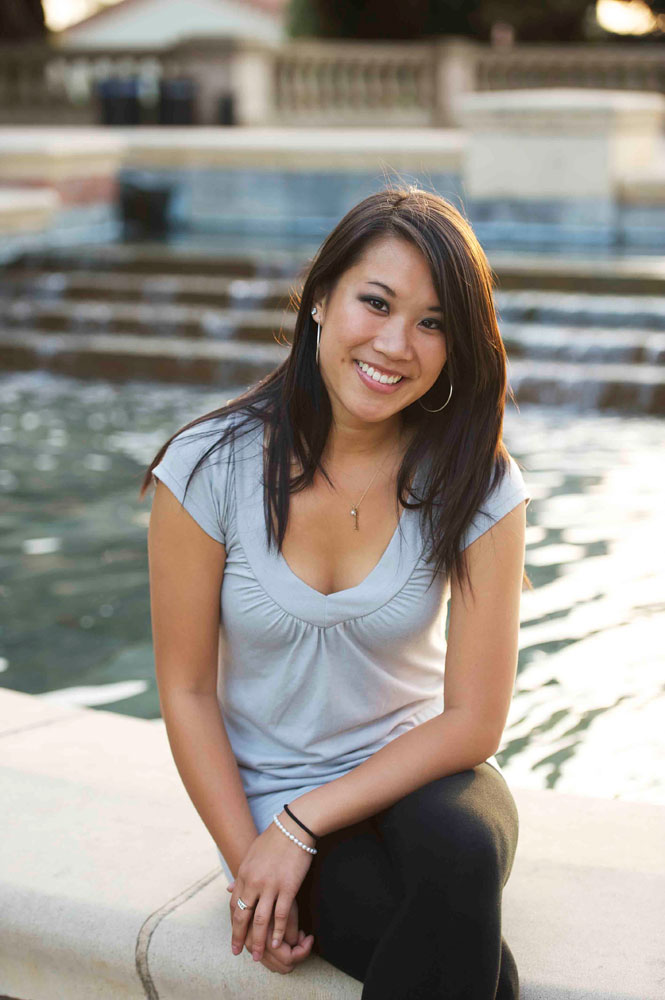