True Bruin. Every summer, future students flood in through the gates of UCLA at freshmen orientation, eager to meet new friends, choose their classes, and to learn about the values that make a Bruin.  And while many leave with memories of the new friends they’ve made, the pain of enrollment, Carpe Noctem, or the tour of the school, orientation was not just about acclimating these future students with the environment of Los Angeles. No, freshmen orientation also sought to instill these teenagers with the traits and values to be a contributing, valuable, and honorable member of society. True Bruins were born at orientation, as was the case with Senior of the Year Melissa Erickson.

Integrity: I will conduct myself with integrity in my dealings with & on behalf of the University.

As a member of a number of different organizations, Melissa Erickson strove to best represent UCLA to the community. As her interaction with her fellow peers as well as high school students (and prospective Bruins) clearly showed, the senior from San Jose was the epitome of Bruin values. “Through my membership in the Alumni Scholars Club, I have participated in their Ambassador program making presentations […] about my experiences at UCLA,” Erickson explains. She also worked with the UCLA Blue and Gold Athletic Recruiting program, positioning her to directly represent the university to the heart and soul of Bruin spirit: the athletes. “[As a tour guide] I share with prospective athletes that at UCLA, you can have the best of both worlds: compete for the #1 athletic program in the nation and obtain a valuable degree.” Her passion and desire to best reflect UCLA indicated that she did exemplify one such core value on behalf of the university.

But perhaps Erickson summed it up the best: “My Bruin spirit is with me always.”

Excellence. I will conscientiously strive for excellence in my work.

While Erickson was much more than just a good student, scholarly excellence was a defining aspect of her success. With less than a quarter of the electrical engineering program having been women, she had stood out among the rest, boasting a cumulative GPA of 3.7 while also having undertaken the biomedical option. Perhaps the most inspiring of her accolades, though, was her time in Sweden. “I have taken advantage of the academic opportunities that are uncommon for engineers,” Erickson affirmed, “[In Sweden] I was able to take practical and cutting-edge Master’s level courses where we built our own laser cavities, learned to detect tumors from normal skin tissue and programmed conveyer belts and elevators. One of my professors was even the head of the Novel Prize Selection Committee for physics.” But such opportunities were not without its challenges. “One semester, I ventured to take Organic Chemistry and Digital Signal Processing in Swedish without knowing the language. I can’t think of a better incentive to learn Swedish quickly!”

Accountability. I will be accountable as an individual & member of this community for my ethical conduct.

Erickson’s drive for honorable conduct began years prior to her entering UCLA. She was granted the Gold Award and Lifetime membership by the Girl Scouts of America, a rank equivalent to that of an Eagle Scout. Through her dedication to the Girl Scouts, who stress the importance of honor and honest conduct, the senior of the year had secured this value long before being Bruinized. But even at UCLA, perhaps the best measure of Erickson’s honorable conduct was a long list of accolades. By holding herself accountable to the university’s values themselves, she has distinguished herself amongst a campus brimming with potential to receive the UCLA Distinguished Senior Award (given to those who have demonstrated academic excellence, service, and leadership), place on the UCLA Engineering Dean’s Honor List and have membership in three different honor societies.

Respect. I will respect the rights of dignity of others.

With a campus that prided itself on diversity as UCLA did, Erickson had found a way to interact with the multitude of people she came across every day. “I like to reach outside my comfort zone,” she said, “I really like learning about how people look at the same material in a different perspective. [For example] It was interesting for me to go to Sweden to learn about the same engineering material here, but with a totally different insight.” As a matter of fact, she described meeting students with different interests as one of the best parts of the college experience. “It’s pretty cool when you can find so many people who really remind you of yourself but have completely different interests and activities but also have the same drive to be great.”

Service. I will make an impact in our global community through public service.

“The most important thing that I have learned at UCLA is to always find a way to use your passions and talents and to give back to the school and community.” Perhaps the single thing that rivaled Erickson’s drive for academic excellence was her willingness to give. Erickson’s list of services to the community stretched far beyond her commitment to the Alumni Scholars Club and Blue and Gold Athletic recruiting. As a member of Gamma Phi Beta, she and her sorority often participated in different community service events throughout the year. “We have a philanthropy that we put on every year. It’s called G. Phi. Joe, an obstacle course for all the fraternities and sororities to compete in.” Erickson explained, “All of the money that we raise goes to a camp for children who are infected with AIDS.” And while G. Phi. Joe is just one way in which she gives back to the community, Erickson’s service to others goes far beyond her sorority, extending to her dealings in her organizations and with her fellow peers.

And with such credentials, Erickson has grown to be one of the greatest and brightest from the class of 2011. From her pursuit of academic excellence to her dedication to the community, her experiences at UCLA had prepared her for the next step. Melissa Erickson was ready to make her mark in the world. 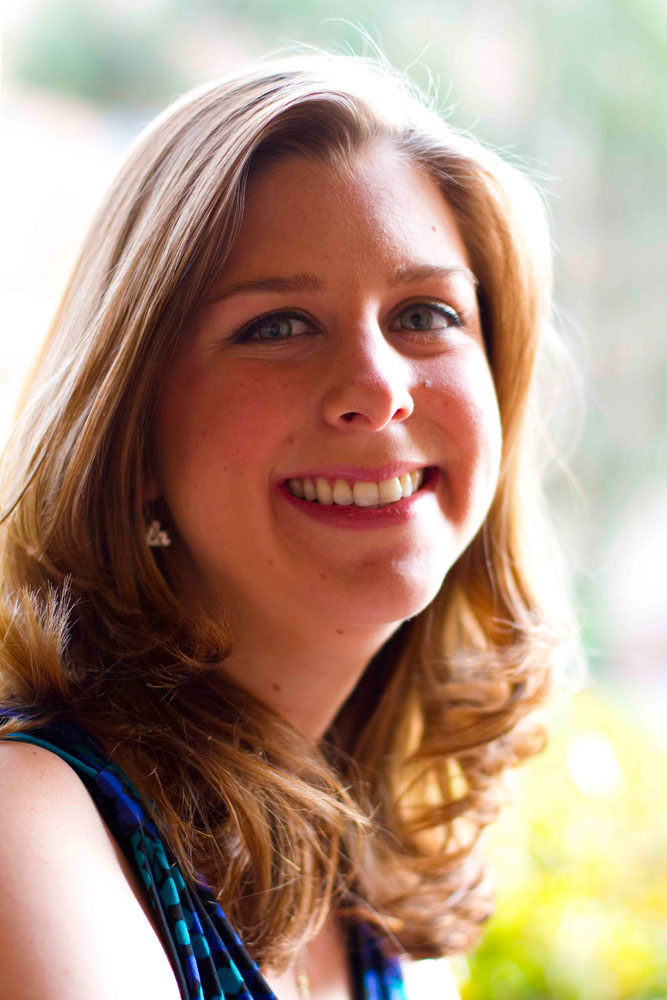