Latest Posts
Illustration Gallery: Fall Colors
Everything is not what it seems: A delve...
The best book recommendation based on your zodiac...
Slice of LA: A newcomer’s guide to the...
My biggest piece of advice for incoming students
A guide to UCLA’s writing resources
The 10 commandments for the school year
Los Angeles’ museums for your amusement
Fading campus lines
A weekend hike at the derelict Murphy Ranch
Arts and Entertainment

*Words in bold are tips for raves

As mentioned in a previous post, after two years, I returned to the rave scene with Escape: Psycho Circus!

It was such a great experience and I can’t wait to do it all over again with my friends! This time, I would definitely get my tickets in advance as they will be much cheaper. Getting the tickets 5 days before was definitely the worst idea as the 1-day ticket costs about $170 and that could had been the price of a 2-day ticket. I also got the shuttle pass, as I had learned from prior experience, it is very convenient and to a certain extent, cheaper (compared to other personal modes of transportation).

Escape happened on the weekend of week 4. That Friday morning, I started packing for a mini 4 hours road trip to San Bernardino with two of my friends. 2 rave outfits (purchased at iHeartRaves – a variety of rave outfits, very durable and in style), chewing gum pack, portable charger, and a GoPro are essentials for a rave. And of course, a fanny pack or some sort of bag that you can dance comfortably in for the whole day and night as raves typically last for 10 hours.

Escape started at 4 P.M. and ended at 2 A.M. and the best artists performed later in the night. We got a Zipcar, as it was cheaper and we had more flexibility. We split it 3 ways and  we also had two ride share riders, making the cost efficient. During the ride, we decided to make a schedule. We listened to several DJs and decided we had to go to the sets of Martin Garrix, Kaskade, Excision, and Angerfist.

We arrived at the hotel around 4 P.M. and did a last minute costume brainstorming. My friends decided to draw sewn mouths and I went as a normal rave girl with sparkly booty shorts. We had our phones charged and I packed chewing gum, no Hydro Flask (as security would usually toss it away unless it’s an insomnia bottle or a camelbak), and a portable charger. I would definitely recommend bringing a phone case which could hold cards (I.D. & credit card) We got to the other hotel for the shuttle buses and got our last-minute wristbands (order early so you can receive the wristbands at home).

It is perfectly normal for people to express themselves in ways that an everyday passer-by wouldn’t, as my friends quickly discovered when we reached the shuttle buses that was 5 minutes away from our hotel. Rave is a place where you can fully express yourself!

On the way to the venue which probably took 30 minutes, the shuttle bus itself became a rave bus. Different color lights were switching every second and it already felt like the night was beginning. Everybody was hyped and people were dancing in their seats. I also started recording videos of candid moments. When we reached the venue, we had to get the other wristband to enter.

From there, we entered the venue and had to go through security too. Everything was quick, as it is managed by Insomniac. Always love their events, such as EDC (short for Electric Daisy Carnival, another rave that I would highly recommend going. It’s way bigger than Escape and definitely way more international – including more water stations). The venue was spectacular. There were areas decorated by fire trees and there was a lake and and gift shops (to buy bottles, shirts, etc). Depending on the situation and how many water parks there are, I wish I didn’t bought the merchandize bottle (it didn’t have lights installed) and bought the regular water bottles as it was quicker.

The highlight of the event for me was Asylum. The haunted house was interactive and realistically spooky. We even made new friends in line and my friends who were rave babies (not anymore) got their first Kandies by Jasmine! We will always remember her. When we got in, we were restrained physically by a cloth and had to go through the maze. There was a clown room, Alice in the Wonderland room (where Alice was being eaten), etc. It was really fun and I hate haunted houses. I was so glad my friends made me do it.

Other than that, we really enjoyed the sets of Kaskade and Excision. We met different kinds of people, from shufflers to glovers. Everyone was just having a good time. The entire night was a blur and my friends who were not into EDM before are now obsessed with the genre 🙂

It is truly an experience before college ends. Plan early, remember to drink lots of water, and get a bunch of cool and trusting friends together and just rave, sleep, eat, repeat! 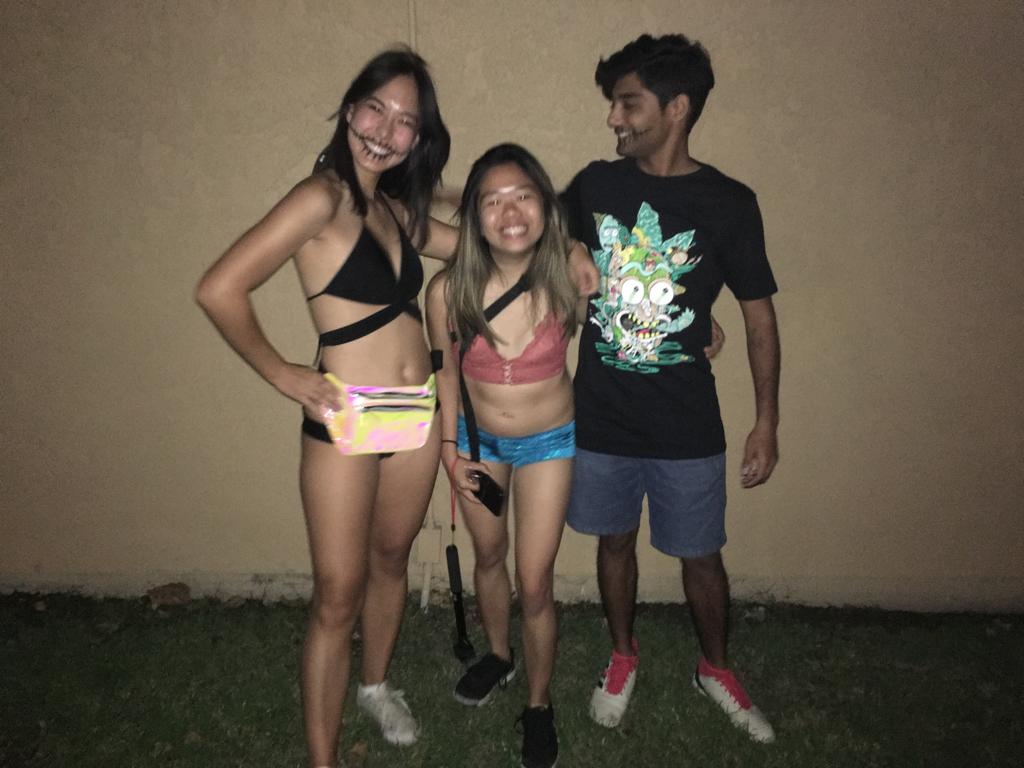 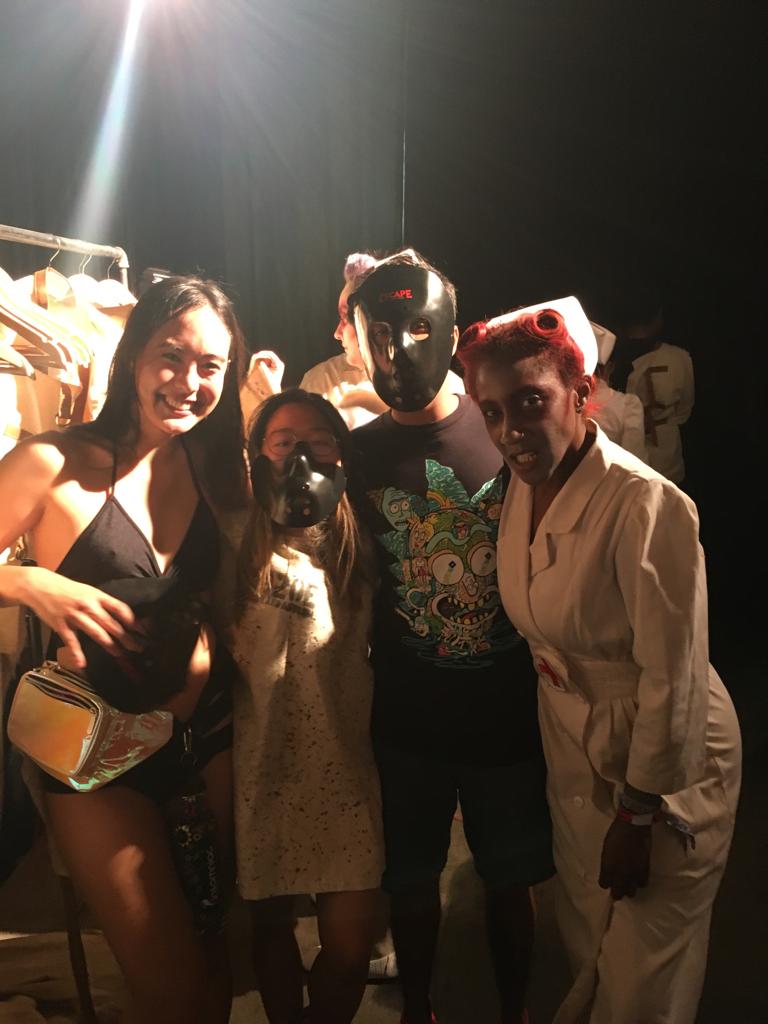 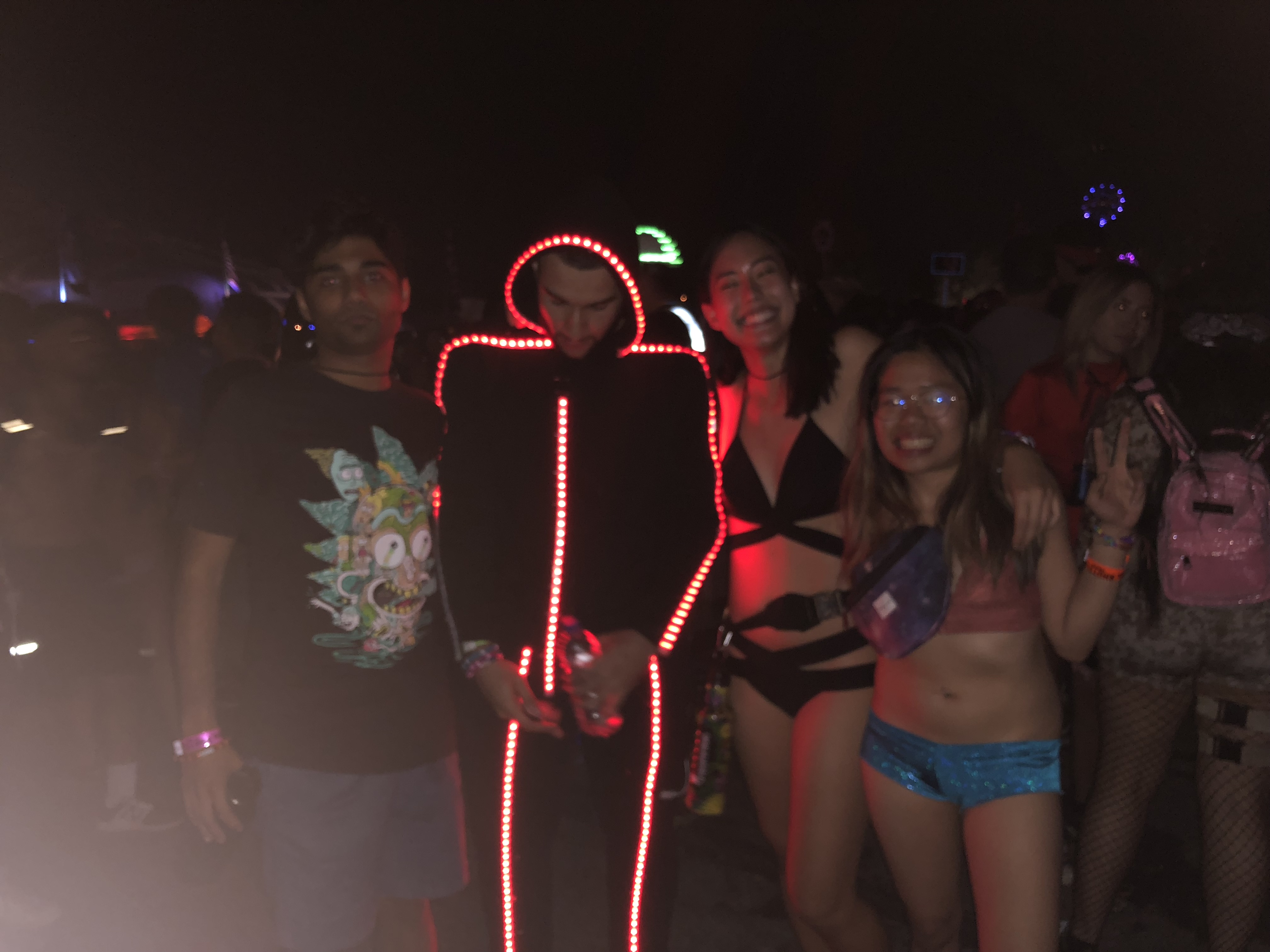 Top 5 Things You Take For Granted Before Coming to College

How to Plan a Night Out: UCLA!