Band has always been a big part of Keri Downs’ life, but, as a graduating senior in the Bruin marching band, the experience had become a defining point that inspired and shaped her to become the passionate UCLA student she was at the end of her undergraduate journey.

“For eight years, I’ve never spent a summer without band practice or band camp,” Downs said. “It’s just become so ingrained in my life that I can’t even begin to imagine spending next year without it.”

Freshman year could often be a rough transition time, but Downs vividly remembered how band created an instant bridge into college life: “For band members, we had to move in before school started so we could begin practicing for fall season. I was worried that I would be lonely and the only one in the dorms, but somehow, within those long days of rehearsal, I bonded really quickly with so many people in band. Before fall quarter had even started, I had already gained a group of really good friends and found my new family at UCLA.”

Despite coming into her first year with a tight-knit family of fellow band geeks , Downs’ first fall quarter was an incredibly busy and more than a little bit crazy ten weeks. With three weekday practices and Saturday rehearsals that literally ran from sunrise to sunset, football season was “rough at first. But in the end I would say that the amount of fun outweighed the work,” Downs said with a fond smile. “For me, band was never stressful. I saw it as a chance to take a study break, see the sun for once, practice something I really enjoyed, and spend quality time with my friends, all in one!”

Ultimately, her experience with marching band shaped the person she would become at the end of her four years. She explained, “Band made me a really well-rounded person. Enthusiasm has always come naturally to me, but it truly flourished when I joined marching band. Even before I had my first academic class on campus, I was surrounded by Bruin band members who were fanatics about everything UCLA. I’ve gone to every single home football game and played at sports games I would not have even imagined myself going to. Overall, I just came to become truly passionate about being a Bruin.”

For her hard work, skill, and dedication, Downs was nominated as a first-year to become a part of the Tau Beta Sigma honorary band sorority. The sorority helped her become even more active in community service, playing at charity events and festivals, and teaching elementary school children to appreciate the value of performing arts and teamwork. They were also responsible for planning band socials, which involved anything from satisfying a sweet tooth with a Diddy Riese run to an intense band Hunger Games showdown. As Downs related, Tau Beta Sigma allowed for her to become an integral part of both the band and the community, all the while “still doing what I love.”

In addition to being a member of band, Downs also participated in intramural softball, taught an undergraduate biology lab class, and backpacked alone through Europe after a quarter studying abroad in Barcelona. Throughout all her endeavors in college, Downs had always kept the following mentality: “Try to experience everything! Being in college is not just about being in a lecture hall, though that is important as well. Go out and explore the city, the school, ask questions and never be afraid to be curious.”

With so many activities on her tightly-packed schedule, how did Downs find the time to balance out academics as well? As a self-proclaimed “science nerd,” the psychobiology student applied her optimistic attitude to her classes as well. Downs explained, “I really do enjoy going to lectures, especially when the material got really interesting in upper-division courses.”

Even while studying, she found a way to make academics a little more interesting: “One goal I had as a UCLA student was to explore all the libraries. There’s so many of them – why not change up the study space once in a while? It’s little things like that which can make your education unique and memorable.”

Despite her obvious love for learning, Downs took almost all of her first two years deciding which subject she wanted to fully pursue. “I took my time figuring out what I wanted to do academically, and I actually didn’t decide on my major until the very last minute [at the end of sophomore year]! But having explored everything during my first two years, the major that I ended up deciding on, psychobiology, is something that really interests me.”

Looking into the future, Downs hoped to maximize both the psychological and biological aspects of her major by going into the nutrition/diet field of study for either humans or animals, working to connect to patients on an emotional level while also giving them the biological facts they would need to know about their bodies. She explained, “I have two internships going on, one at an animal sanctuary and one where I co-create personal nutrition plans for patients, but I ultimately just want to use my education to help others find happiness and well-being in their lives.”

Whether doing research in a laboratory or marching a field show with exact precision, Downs brought her passion and enthusiasm to every aspect of her UCLA life. “Sometimes in school you get tunnel vision and you lose sight of the bigger things in life, and I have to try and remind myself just how amazing it is to be here, in this moment, living the college life. Like Andy from The Office said at the end, ‘I wish there was a way to know you were in the good old days before you left them.’”

As Downs concluded, “Being a part of the UCLA band and the band sorority has really taught me to appreciate all aspects of UCLA before it’s all over. Whether I’m exploring all 12 of the libraries on campus or just visiting Santa Monica beach one last time, I think I can safely say that I could not have asked for a better college experience, and I hope to become successful in my career to represent my university well.” 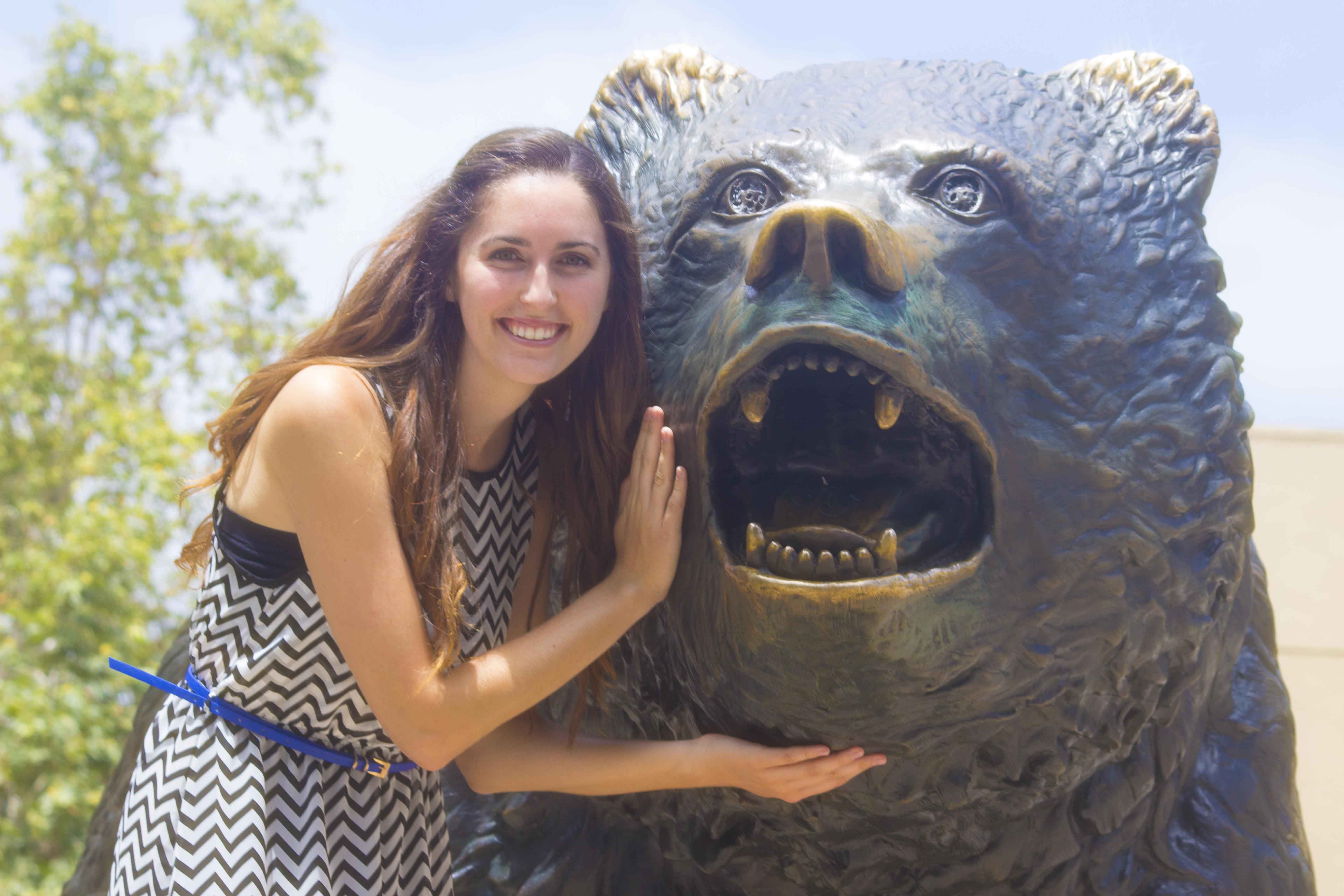 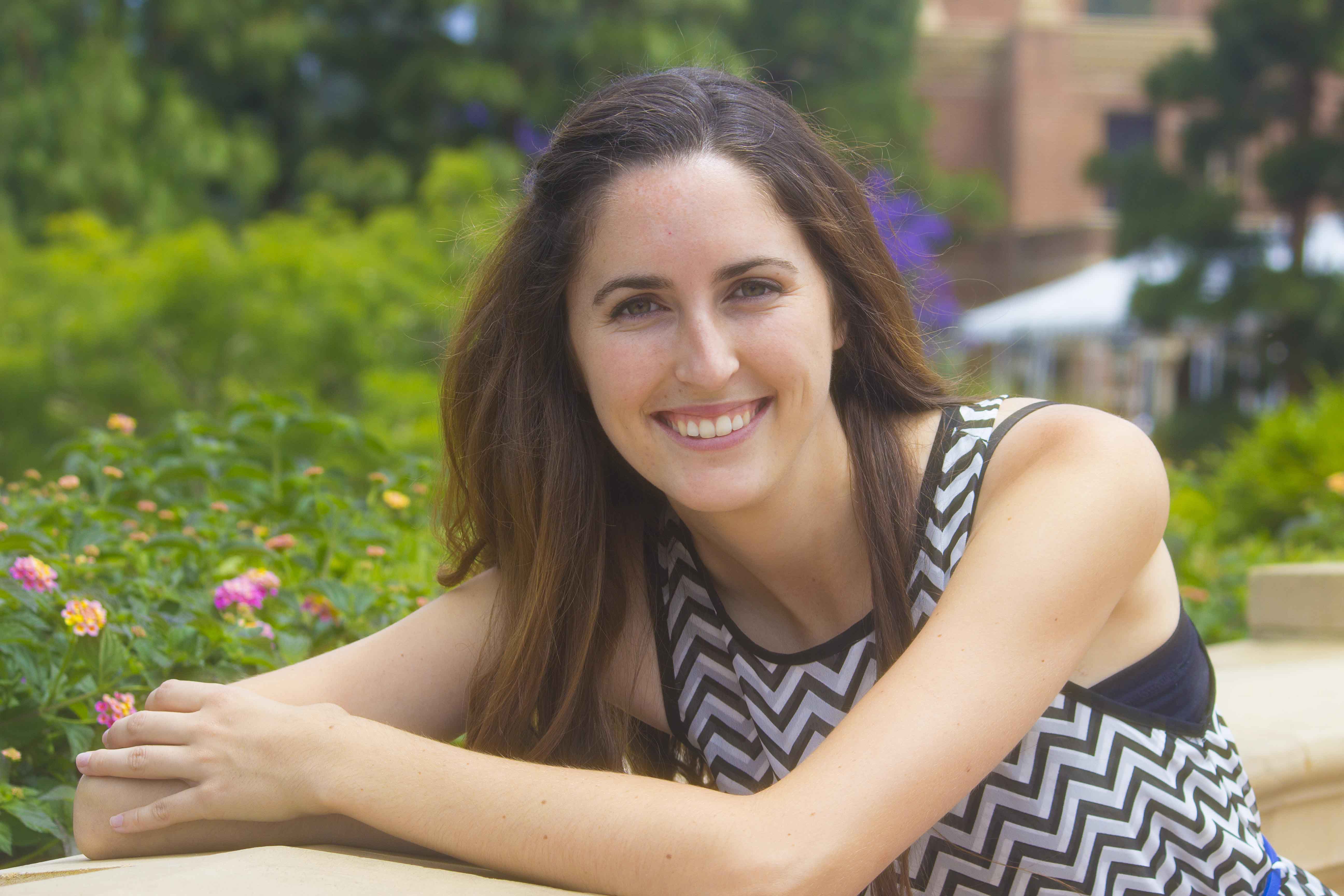 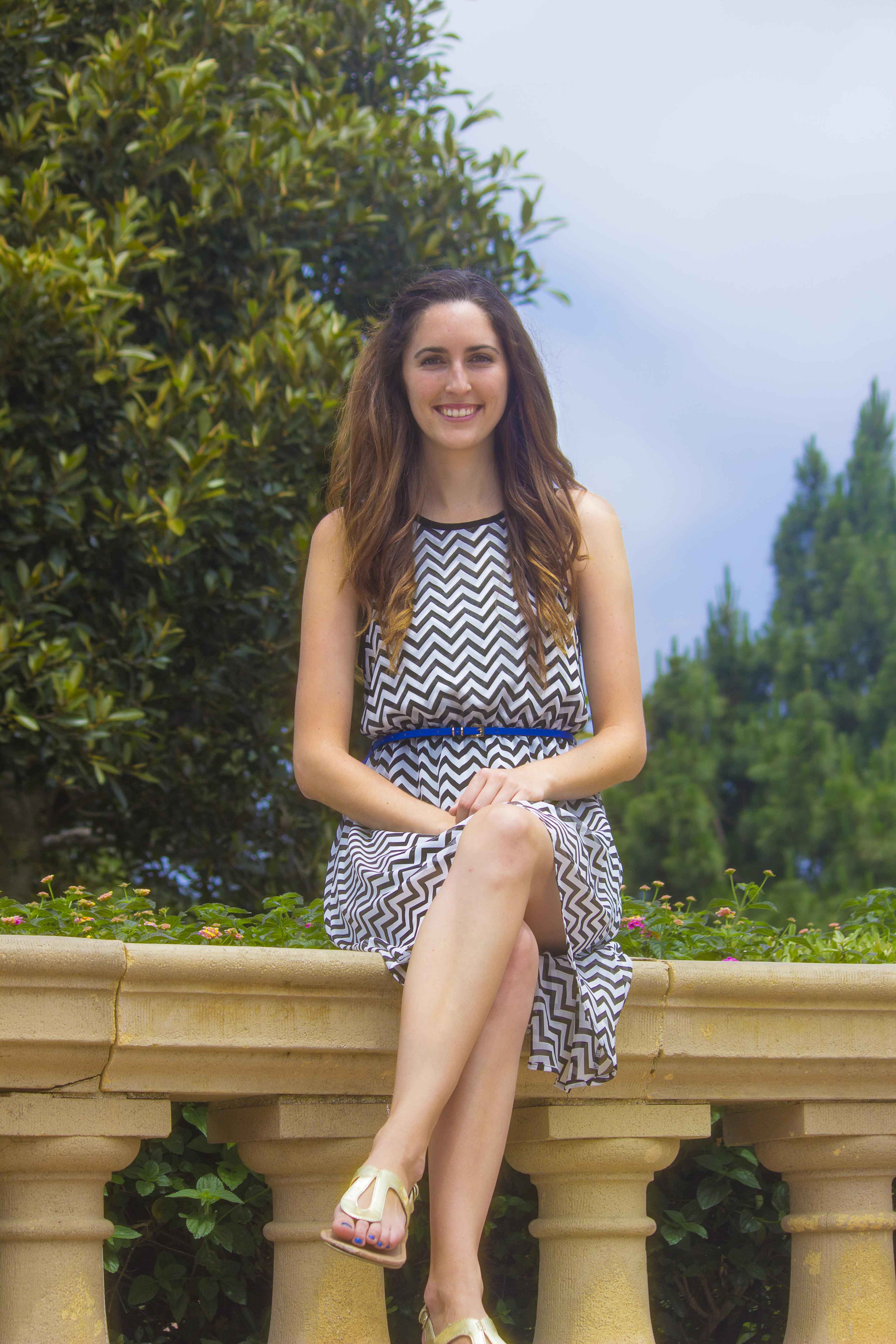