Kaitlin Miller recently found herself as a quarterback on a UCLA football field, her adrenaline pumping, defenders rushing towards her vying for a sack. For a few moments, she was an athlete again.

Then she took the goggles off.

She returned in the physical world, with a video camera in the background and UCLA football coach Jim Mora to her side. She snapped back to the present, where she was an aspiring sports broadcaster doing a package about how athletic programs were starting to use virtual reality technology in their training exercises.

It was a long way from where she started out her UCLA career.

Miller, a fourth-year English student, came to Westwood four years ago as a promising Division I rowing recruit from a small town called Manhasset off the coast of Long Island. She yearned for something different from the wealthy homogenous hamlet that she called home.

“To be honest, sports has always been a part of my entire life,” she said, “Like for example in high school I was always was defined as the athlete.”

Athletics turned out to be her ticket to Southern California. A three-sport athlete in high school she discovered rowing during her sophomore year when a coach offered her the chance to go to any school if she joined team.

Years of intense conditioning and two grueling summers of six-hour-a-day practices later she became one of the best rowers at her high school and in the country, with her boat sailing to 1st place at Nationals in their division.

Her first offer letter came from UCLA and she fell in love with the campus almost at first sight.

“When I came out to visit, I loved the diversity, the big school feel, the school spirit. I just felt like everyone was unique in a different way,” she said. “I just always wanted to live in California at some point in my life so I just thought this would be the perfect opportunity.”

On the West Coast she found blue skies and 75 degree weather, but also a school with a population of tens of thousands of diverse students. It was, in her words “a culture shock.”

Miller started out her career as a Division I rower, growing close to her teammates and other UCLA athletes until she was diagnosed with Compartment Syndrome. The condition left her hands gnarled, shaking and unable to grasp a water bottle, let alone pull an oar.

After several rounds of physical therapy and advice from doctors her dream of being a collegiate athletes ended soon after she came onto campus.

“It was hard for me because all I knew when I got here were athletes, like my teammates,” she said. “I was like ‘I go to such a big school, how am I going to adjust?’”

The way she transitioned was by taking advantage of all the opportunities that a big school had to offer, she joined a sorority and got more involved in student media.

And, armed with a prenatural dedication to UCLA athletics and the unwillingness to take “no” for an answer, she found herself in the J.P. Morgan Center knocking on office doors and asking for a position.

“When I have a goal I become obsessed with it. It’s always on my mind,” she said. “It’s probably a little unhealthy,” she added with a laugh.

Her persistence eventually garnered her a gig in the communications department as an events and media intern, where she discovered her love of sports broadcasting. That position led to opportunities at the Pac-12 television network and eventually at Fox Sports on the production team.

“At first I was like ‘I wanna be in that game, instead of watching and taking notes about then and that felt weird,’” she said. “But once I started getting more comfortable I realized that this was the first time my job didn’t feel like a job.”

After her stint at Fox Sports, she got the idea to host her own sports show and again she decided not to take “no” for an answer. Her efforts – as well as the connections she made in UCLA athletics – led to the K & A show where she has interviewed scores of athletes and coaches.

“Since I’ve been an athlete my entire life I can really relate to the athletes, I know what it’s like to be down by 2 points in a basketball game and there’s 30 seconds left,” she said. “I just think interviewing athletes is second nature to me. It’s like talking to a friend.”

Often, when going through the many hats she’s worn as a student during her four years at UCLA, she happens upon a public speaking class she took during her first year in college taught by Professor Dee Bridgewater.

To the lesson that he imparted which said “everyone has a story.”

“The more I’ve met, the more people talked to, the more I’ve seen that to be true,” Miller said. “You never know who you’re sitting next to.” 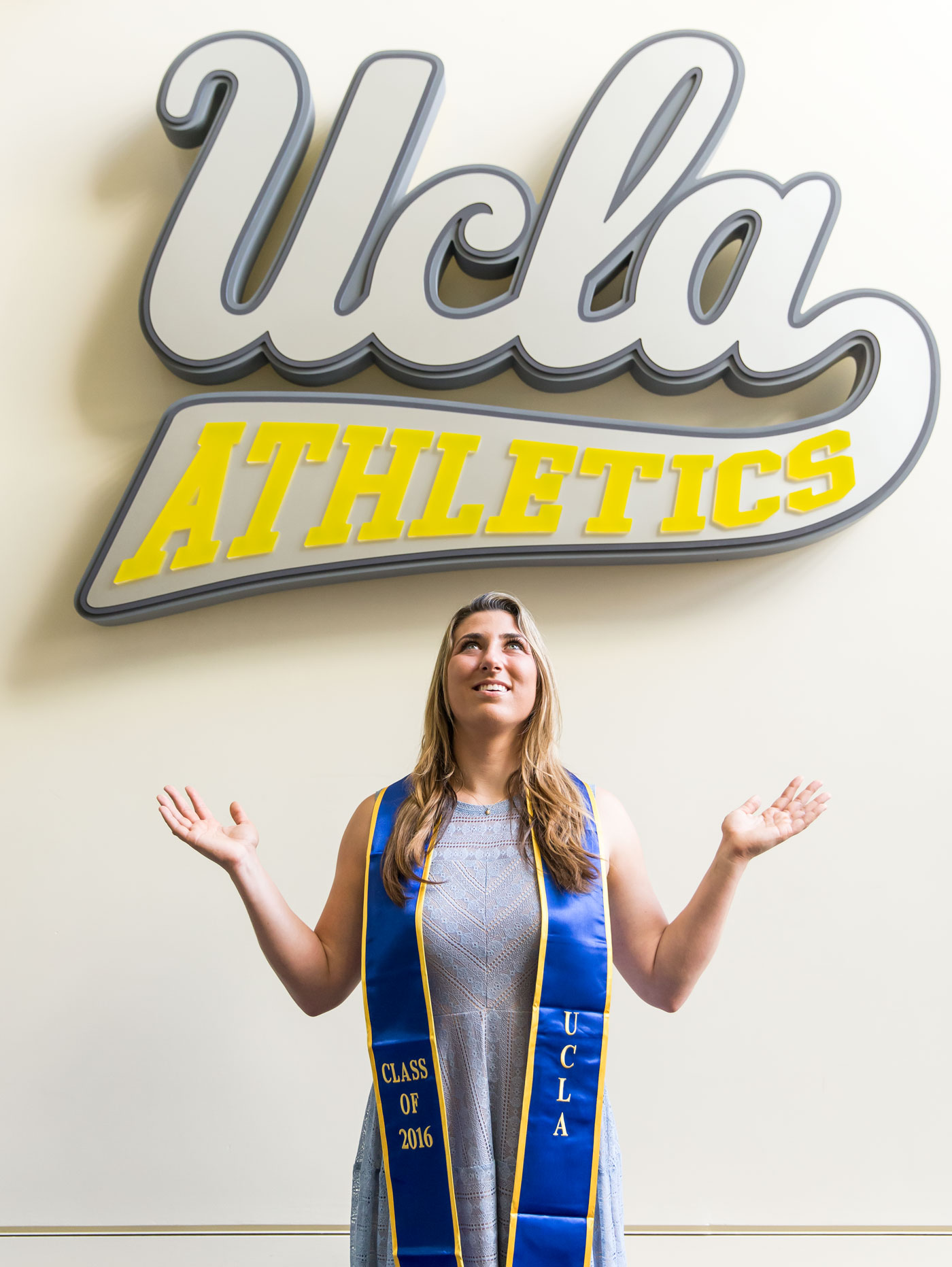 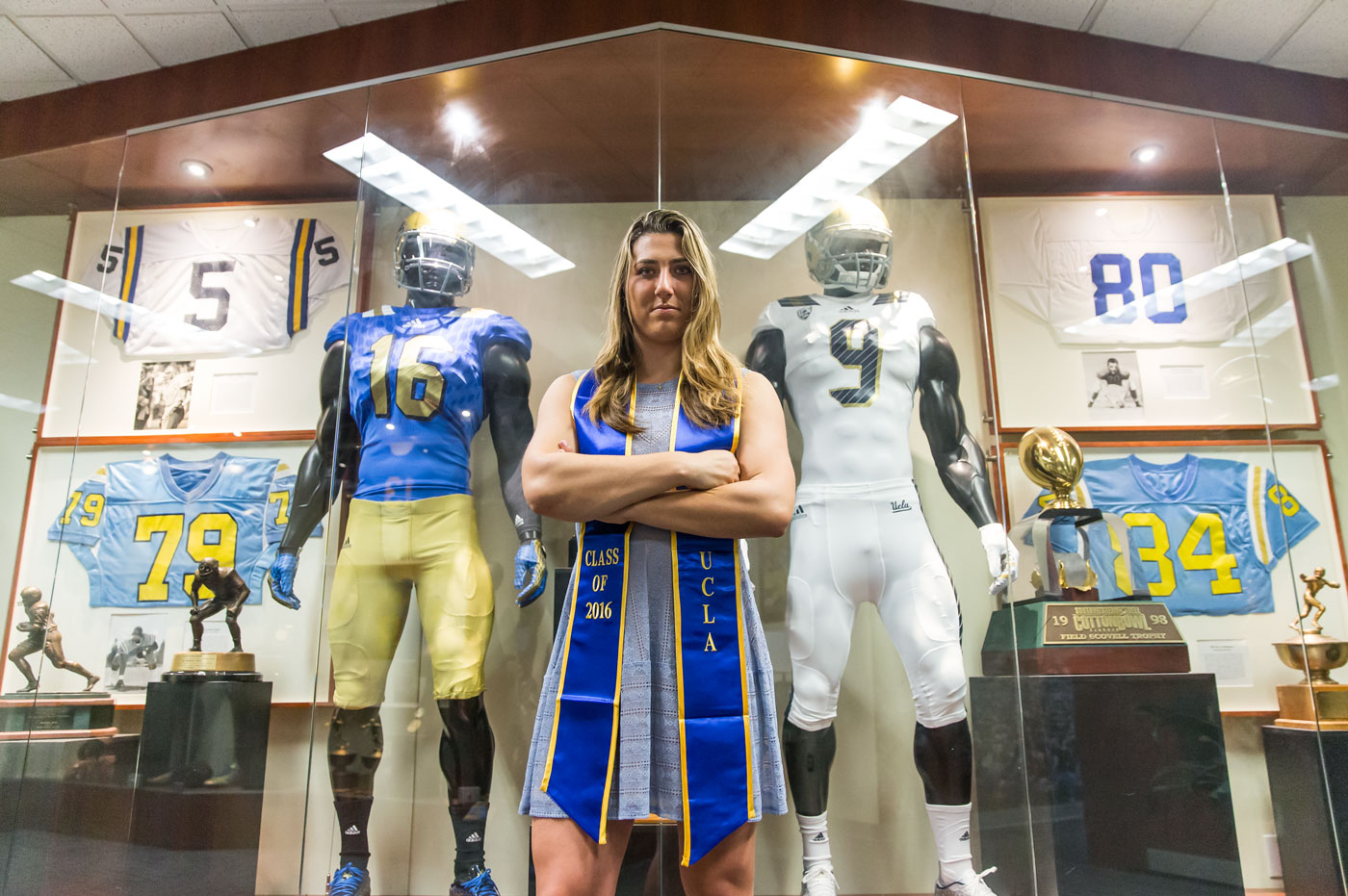 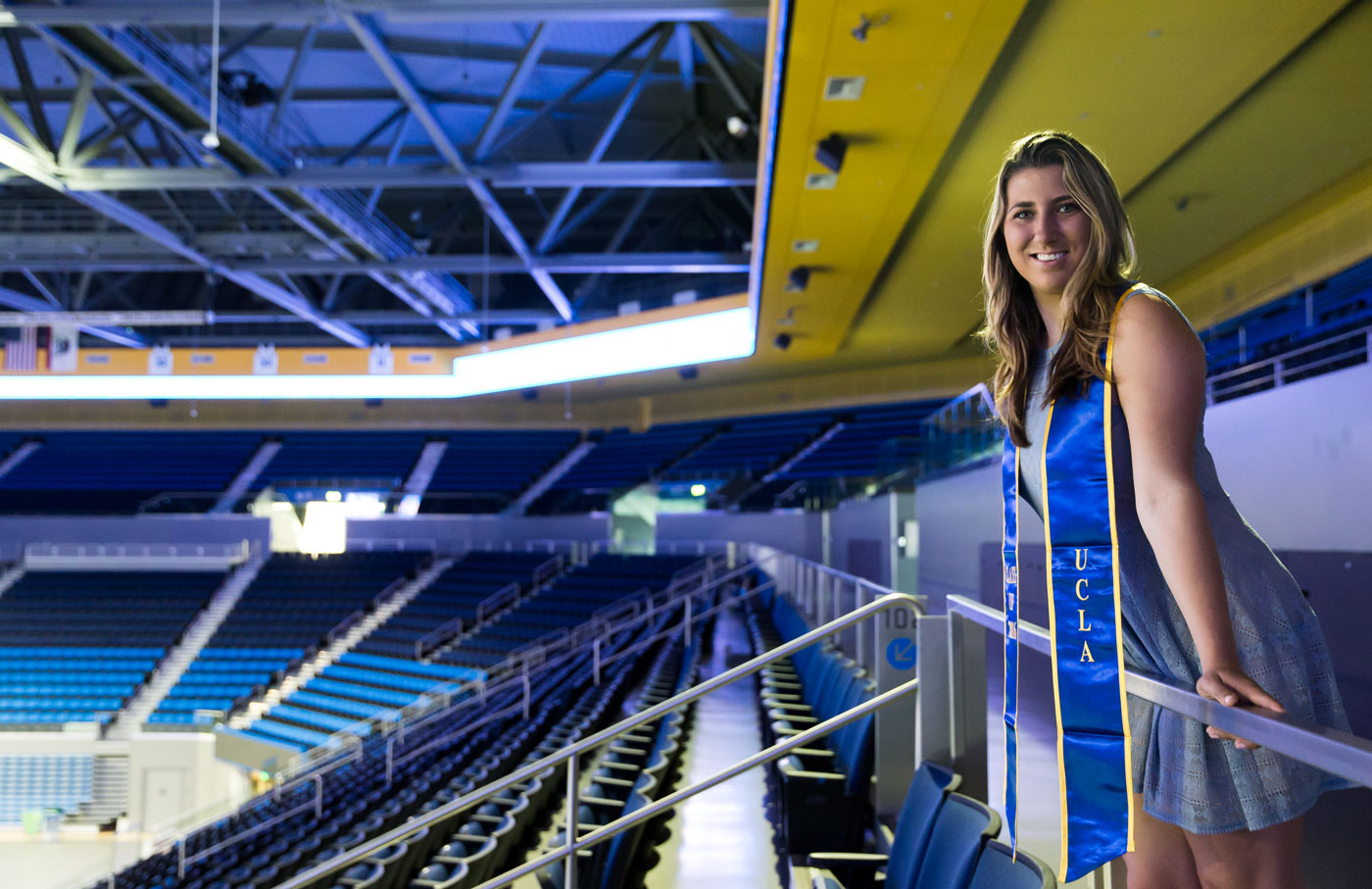 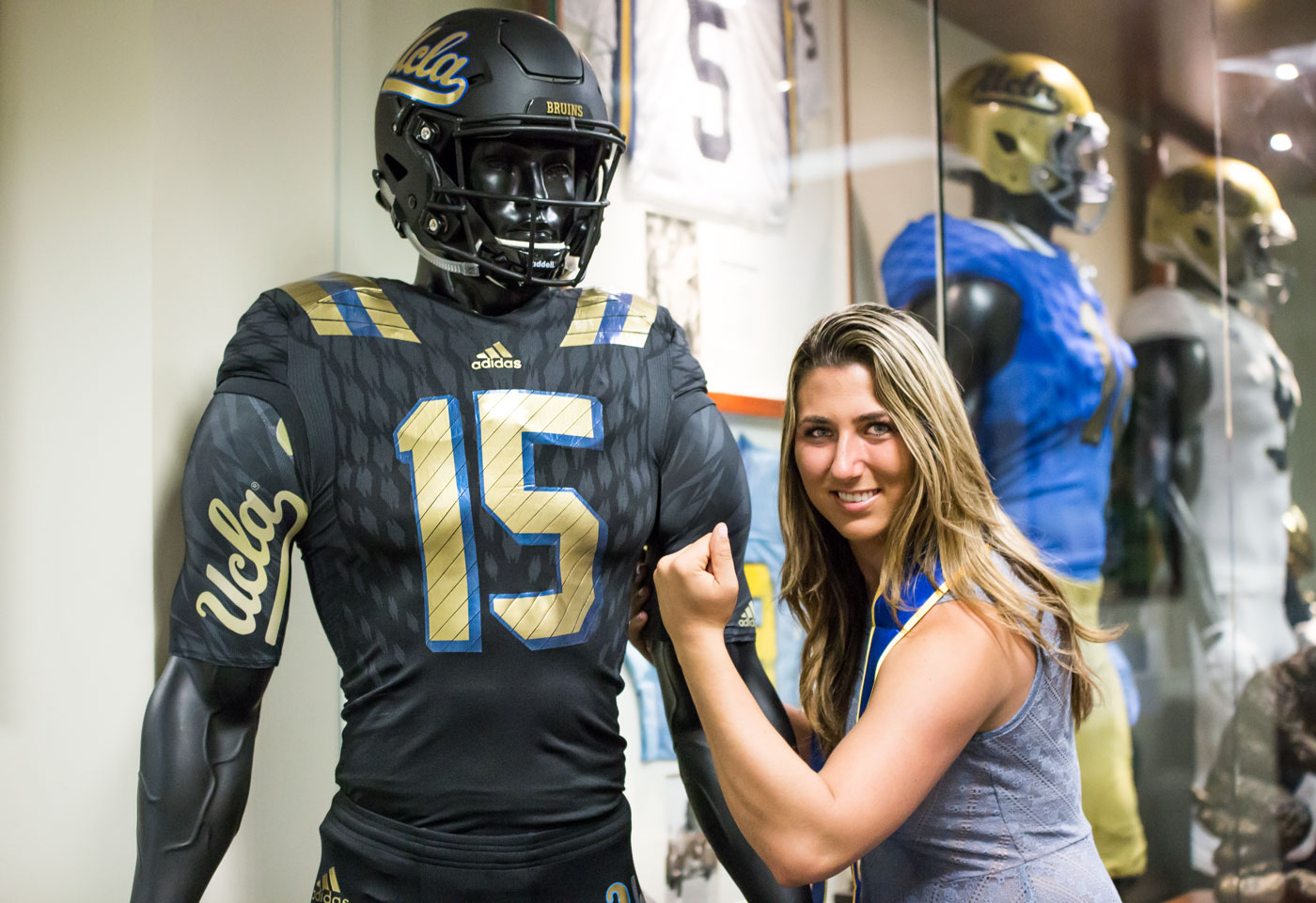