Every day, Erik Martinez opened up his laptop to see the same quote from Albert Einstein: “I have no special talent, I am only passionately curious.” Martinez, a fourth year International Development Studies major and education minor, said this quote perfectly encapsulates his dedication to community service: a constant desire to see things from new perspectives, and the ability to connect with many different people on a personal level. Through his dedication as the Jumpstart program team leader and volunteer coordinator, and work as the external director of the Pilipino Enrichment Program (P.R.E.P.), Martinez has found the joy and value of not only serving his community, but connecting with those who live in it, and understanding their culture, interests, and struggles, too.

Martinez’s community service work began during his first year at UCLA when he joined the Pilipino Enrichment and Recruitment Program (P.R.E.P). Although not of Filipino descent, Martinez was passionate about joining an organization that was not based around his own culture. “I decided to join this organization because I realized diversity was necessary, especially in our growing world,” Martinez said. After starting off as a volunteer for the program, Martinez became the transportation director for P.R.E.P’s events, and this year, he became the first Latino external director in the organization’s 33 years of existence. “As the external director, I want to show volunteers and service recipients the importance of diversifying your experiences, and seeing from other people’s perspectives what they have to face within their culture,” Martinez said. “Learning about the history of the filipinos over the years and how similar it was to the latino struggles of immigration and discrimination we face was really cool.”

During his second year of Jumpstart, Martinez became a team leader, where he coached other peers by helping them create developmentally appropriate educational activities for the children, and helped foster ideas for promoting language, literacy and social-emotional development.

As a team-leader, Martinez connected with a student in a classroom in a way that changed his entire perspective. The classroom he had been serving was planning a field trip, and he had to ask a student’s mother to sign a field trip slip. When it came time for the mother to sign the slip, she simply told Martinez: “I don’t know how to write.” Martinez told her any kind of signature would do, and she struggled to make a scribble on the signature line.

“It was heartbreaking for me that I was there teaching her four year old son how to write his name, and his mom didn’t know how to write her own name,” Martinez said. After this moment, Martinez realized how learning about an individual’s background could help him understand more about their personal needs, especially in the classroom environment. Martinez started to look into this student’s interests to find a unique way to connect with him. “He really liked toy trucks and Spiderman, so I tried connecting with him through those interests,” Martinez said. “I also gave him take home writing books for extra practice outside the classroom.” After understanding more about the student’s family, he realized he had the power to provide him with resources the child’s family wanted to provide for him, but who were not fully capable of doing so. “This was the turning point when I realized why I am doing community service, and why I had to continue Jumpstart even if I wasn’t getting paid.”

After two years of serving as a team leader for Jumpstart, Martinez was chosen to be the program’s volunteer coordinator, taking on a variety of responsibilities including recruiting and managing volunteers to serve over 300 children and families in 13 preschools for Jumpstart projects, organizing and managing fundraising campaigns, and implementing goals for the future of the organization.

Through his dedication to Jumpstart, Martinez got the opportunity to collaborate with the Jumpstart CEO on a panel during the Jumpstart forum, a large event where the core members from the colleges around California come together. He was also invited to lead board director meetings, where he had to come up with effective strategies to help Jumpstart grow as an organization. On top of that, Martinez has done several other talks for Jumpstart fundraisers about his personal experience with the program, discussing the influence he has seen his services have on the children in the classrooms he has worked with. “It was nice to be able to show my perspective on what Jumpstart really is, because you can only see so much about the organization from a brochure,” Martinez said.

Martinez’s diligence to service earned him the Americorps Alum Local Leadership Award, given to volunteers who show extraordinary service in their work. “It was really nice to get this award and special to be nominated by my site managers and mentors,”  Martinez said.

Martinez plans to incorporate his community service work into a career, but is still pinpointing exactly what direction he wants to take it in. He wants to do international education development or public policy in education, but first plans on getting a PhD, being the first member of his family to do so. Eventually, he hopes to become a professor.

“My community service has helped me realize that I have power, but I can’t just keep this power to myself. I need to redistribute that power to others, which is why I think what will keep me going forward is the idea that I have to keep empowering the community I am working in.” 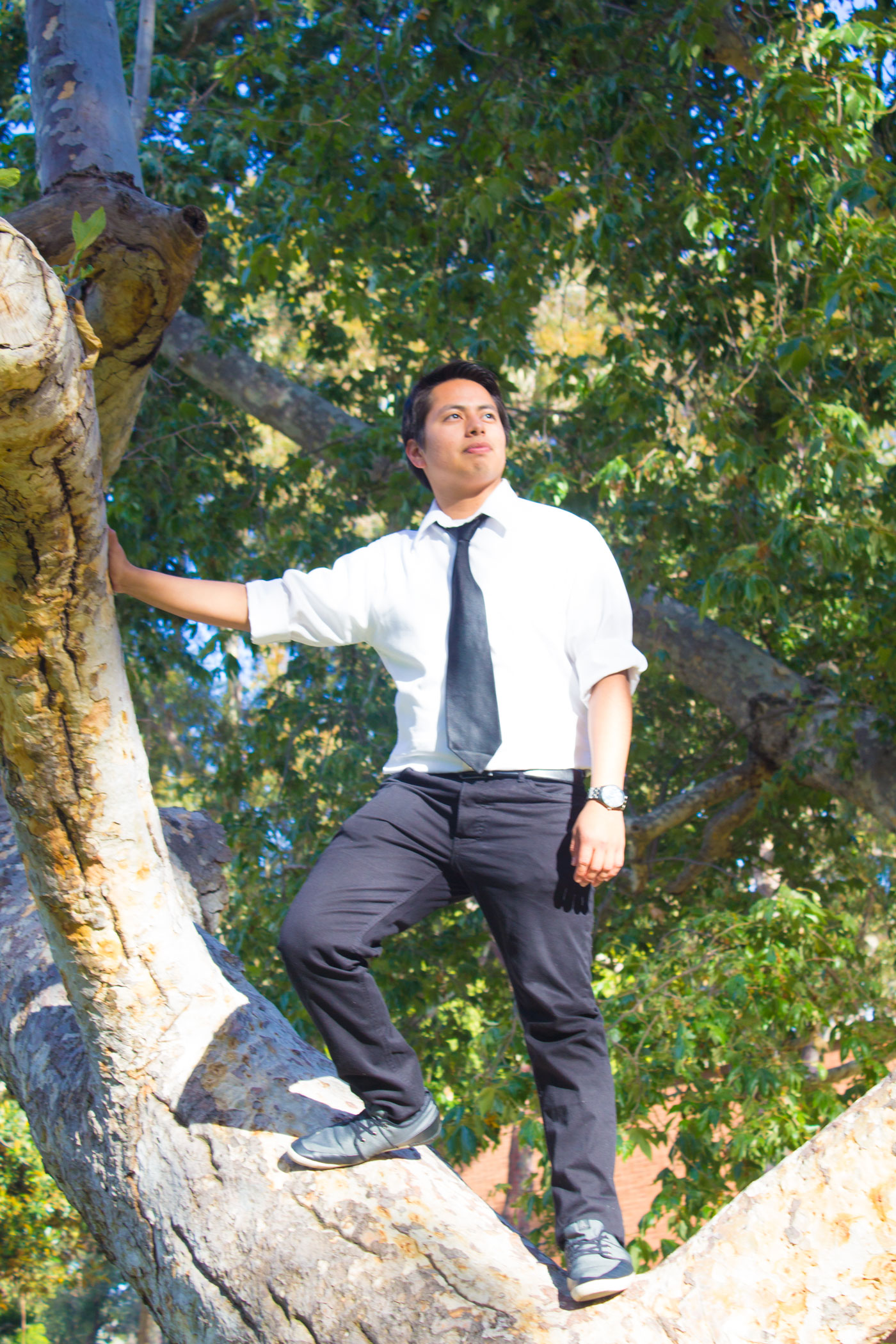 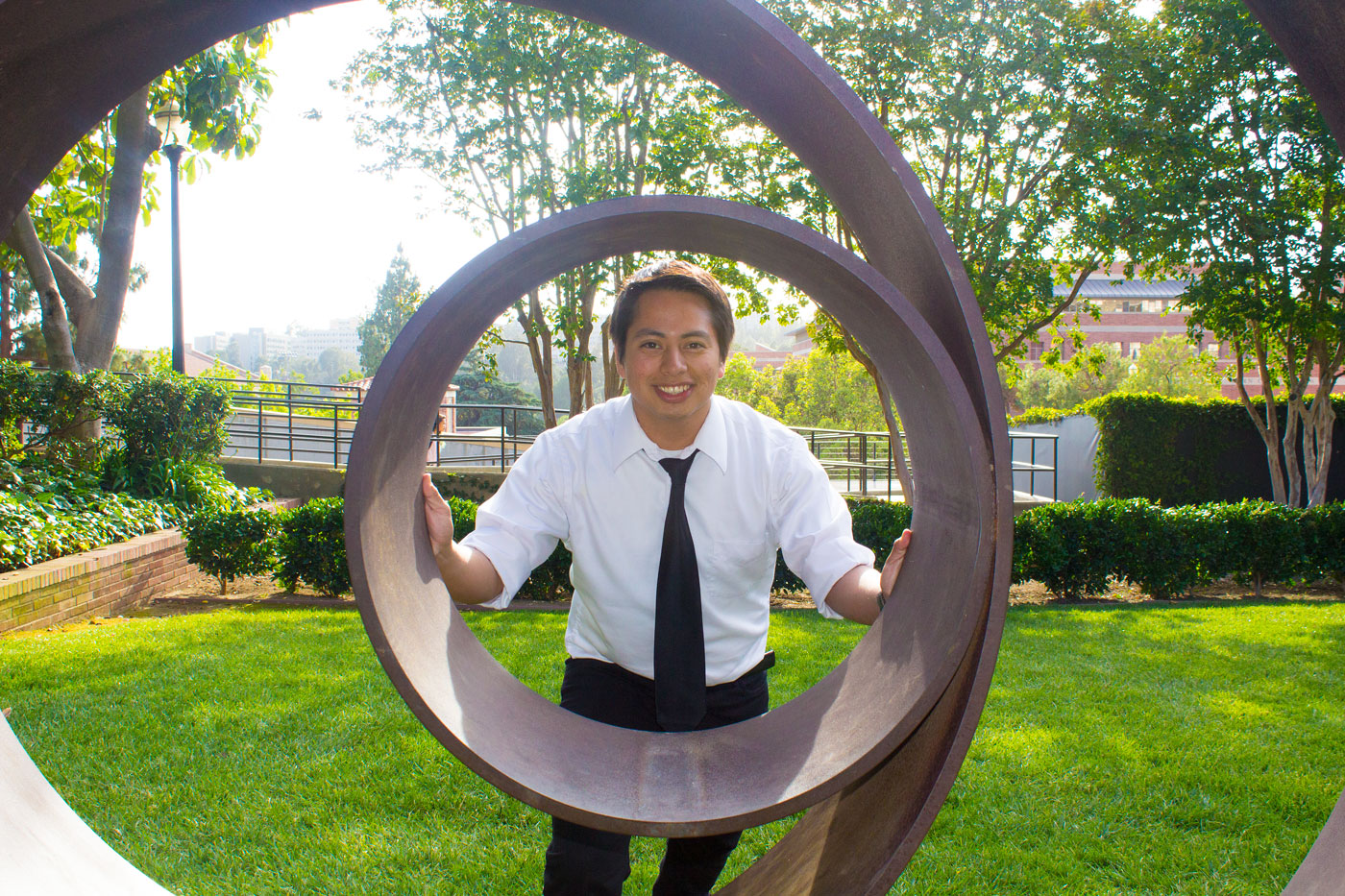