The path many students take is graduate high school, go to college, graduate after four years, and find a job or go to graduate school. Carolyn Carradine, however, showed that there is not just one path. After leaving UCLA with only one year of undergraduate work under her belt, she came back to finish her degree 40 years later. “It’s the one thing in my life I’ve always regretted finishing,” she said, citing her aunt as her inspiration who had left UC Berkeley to marry yet went back to finish her degree at age 72.

As a first-year undeclared student in 1964, Carradine focused on campus life and community service, with one main commitment involving the Bruin Belles. Mainly a community service group today, the ladies served as the official hostesses of UCLA back then, giving tours to visiting dignitaries and greeting visiting teams as they arrived at the airport. One of her dates for the evening was a shy high school basketball player named Lew Alcindor, who later became known as Kareem Abdul-Jabbar. In addition, she spent much of her time as a Kappa Alpha Theta sister and a Phi Delta Theta little sister. Finishing her first year with barely a C average, she traveled to New York City with a sorority sister and was asked to be Snow White to represent Disney at the 1964-1965 World’s Fair. While her friend went back to UCLA after a year, Carolyn stayed to act and model, which disappointed her father greatly. Traveling back and forth between California and New York for jobs, she acted in soa p operas and a couple off-Broadway plays, in addition to holding small parts in movies, such as Dream Chasers, and episodic television shows in the 1970’s, such as Kojak and Columbo.

Then, as she put it, “life happened,” as she eventually married and had three children, taking art classes whenever she could. When two of her children moved to Vienna, she desired to learn the German language, bringing her back to the school she left so many years ago. How she got into classes? It took her two tries before getting accepted as an art major, which was “a humbling experience” for her.

Every weekday, Carradine had to commute one and a half hours each way, leaving at 6:30 am for her 8 am Advanced Painting class and ending her day at 9 pm. Yet this didn’t faze Carradine at all. She said, ““Each day when I walk from the parking lot across the campus I am grateful for this second chance to be part of this most beautiful campus and have the opportunity to study with the best and most amazing professors in the world. This part was wasted my first time around. I have never been happier.” During the week, she had to commit four hours in a studio twice a week for her art classes and seven more hours outside of class for projects. Compared to her campus activities back then, Carradine only took part in the German Club through which she attended monthly movie nights, as well as performances held at Royce Hall varying from Randy Newman to the Alberta Ballet. Her favorite moments included taking Advanced Painting and conducting independent study with Patty Wickman and joining a screenwriting class which, being a class outside of her major, surprised her.

By coming back to UCLA, she exemplified the personal attitudes of a Bruin in her persistent curiosity and desire to expand and enrich her knowledge. “Learning needs to be a lifelong adventure and takes a different course at different times.” She advised future Bruins “to value every min at UCLA, to appreciate all that is offered, to never take it for granted and to never stop their quest for knowledge and be open to new and different ideas and approaches. Don’t be afraid to step out of your comfort zone and break out of your box. Expect from yourself more than you think you can handle and you will be surprised exactly how much you can accomplish.”

As for what she will do after she receives her degree, she commented, “I’ll continue doing what I’ve always done…I now have the confidence to sell some of my art. I’ve grown as an artist.” In fact, she was already commissioned over Christmas to create a sculpture, an interactive piece, for the LA Art Walk in December 2009. Reflecting on her experiences, she admitted, “My early and present experiences at UCLA are 180 degrees different but both equally rewarding and exciting and I wouldn’t change the way this has evolved for anything.” 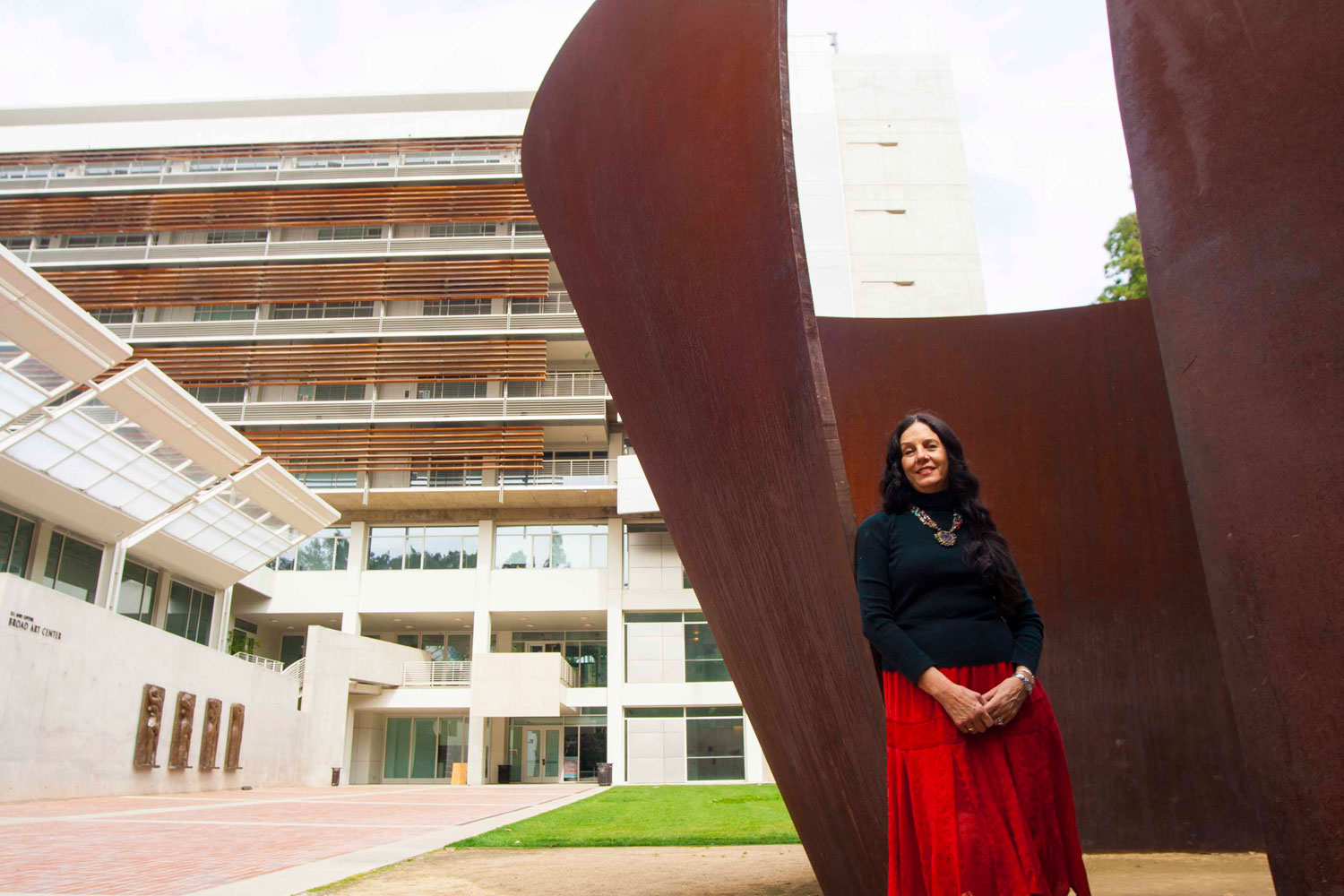 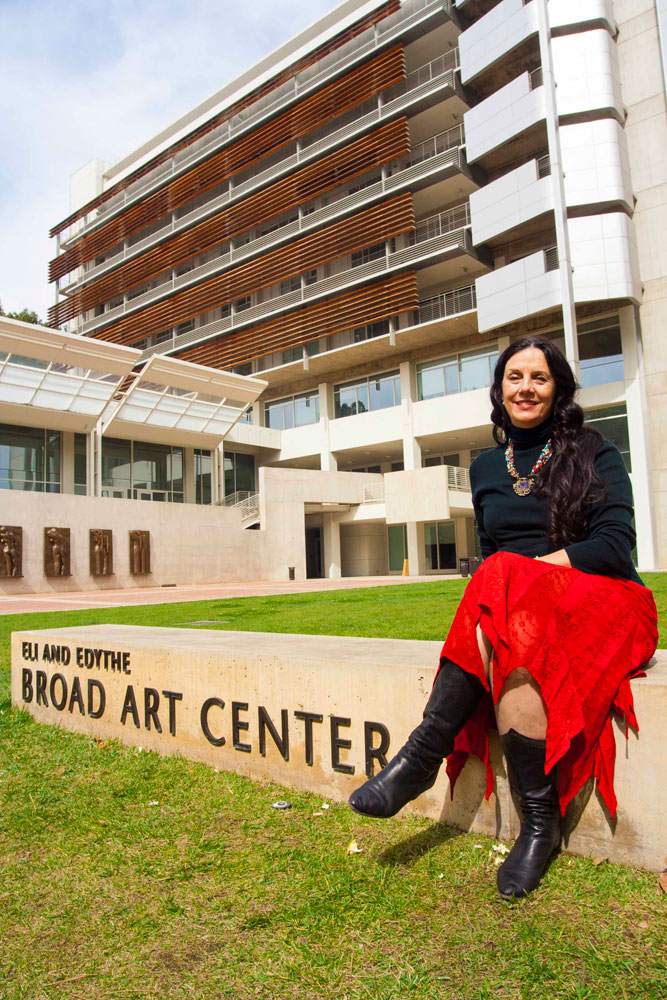