Some children learn the phrase ‘don’t talk to strangers’ directly from their parents. Some learn it by example. Not all are raised learning that sparking conversations with strangers is a good thing; yet, Vishesh Anand remembers his parents encouraging him to do so at a young age.

Anand grew up in India, where he first hesitated to approach strangers for random questions – could that be right? Now Anand, on the brink of graduating halfway around the world from New Delhi, can share how those lessons planted the seeds for his college career as a self-proclaimed advocate for students.

One highlight of his time at UCLA? Being called “Dad” by his residents during his first year as an Residential Assistant.

Anand, an economics and global studies student, had brought his residents to Santa Monica for a beach trip with his co-RA. The sun was unforgiving; on the way home, he told his residents to wait in the shade while he kept watch for the bus. Suddenly, he heard a countdown and a simultaneous cry: “We love you, Dad!”

As an RA, he strives to bring a support system to every student and be their personal advocates, he said. Whether that means popping into the lounge after class every day or letting sorority hopefuls vent to him after a day of flavored water consumption, he is willing to give students – especially first-years – his time.

“My freshman-year RA was a huge inspiration to me,” Anand said. “Transitioning into a new country all of a sudden was fairly difficult, but he was always accessible. Having someone on the same floor as me be a resource was a great thing.”

One year, he recreated a program his own RA had done: RA Cafe. Anand and his co grabbed a moving cart, a makeshift tabletop, bedsheets, snacks and coffee to bring to life a cafe on wheels for students holed up in their rooms for tenth-week study sessions. In another creative twist, he held a Smoothie Bowls and Goals event where residents could concoct the fruity treats for free, if they filled out a goals worksheet with objectives for the year, quarter and their entire time at UCLA.

“I wanted my residents to evaluate what was important to them,” Anand explained. “I was the friendly dad RA. I’d be nice to you if you were committed to the floor and engaged. I was able to lead them well, because my disappointment meant a lot to them.”

Flying abroad for college and making friends there might be hard for some. Not for Anand.

Despite attending a small international school in India, Anand said he felt eager to jump into a bigger pool at UCLA.

“I challenged myself right from the beginning to say hi to everyone I met,” Anand said. “Some would give me strange looks. I wanted to be a person who, walking down BruinWalk, would know at least 1 in 10 people.”

Anand didn’t have too difficult a time transitioning. Many were inquisitive about international students and made him feel welcome, he said.

“I think I’m open to a lot of experiences,” Anand said of his time at UCLA. “This is a huge school, and the only way to make it small is knowing a lot of people. I think the best way to give back to the community is to know more about it than others.”

During junior year, Anand put his social skills to work in another area of student life: health advocacy. The interest stemmed from a disappointment in student government, he said.

“Ever since I came to UCLA, I didn’t sense their presence as much,” he explained. “I always questioned the idea of having a student government that wasn’t acting until spring quarter when elections were coming around again.”

Anand said he decided to join an active part of student government instead of complaining about it. His objective introduced him to Student Health Advocates, or SHA, a program within the Student Wellness Commission on campus.

Coming into the program relatively inexperienced on topics such as CPR and body image, Anand said the program helped him grow in the realm of programming advocacy. During his time in SHA, the club began providing free condoms in the Ackerman Union and promoted a move towards healthy eating over restrictive dieting, he added.

“We focused on stress management, body image, alcohol crime reduction and relationship communication,” he said. “Being able to do work in those areas that I as an RA had seen and knew people struggled with.. [made me] proud that I was part of student government in a way that I was able to change things.”

Anand also enacted new change in his fraternity, Phi Kappa Sigma, by helping organize a benefit concert called Rock Out for a Cure this year. Contacting performers, arranging the space, and organizing logistics with local authorities paid off well for the cause, he said. Anand was a member of the fraternity’s first new class when they reopened in 2014 after more than a decade-long hiatus.

Anand doesn’t quite know what’s next. In the future, he hopes to work in the field of international nonprofit consulting and flesh out his passion for community outreach.

So, did Anand’s original plan of jumping into UCLA work? Has he met enough people on campus to make this immense school seem small?

“I think it happens to me sometimes walking to class, where I know every 10th person or so,” Anand said, laughing. “It doesn’t happen all the time, but I’m proud of that.” 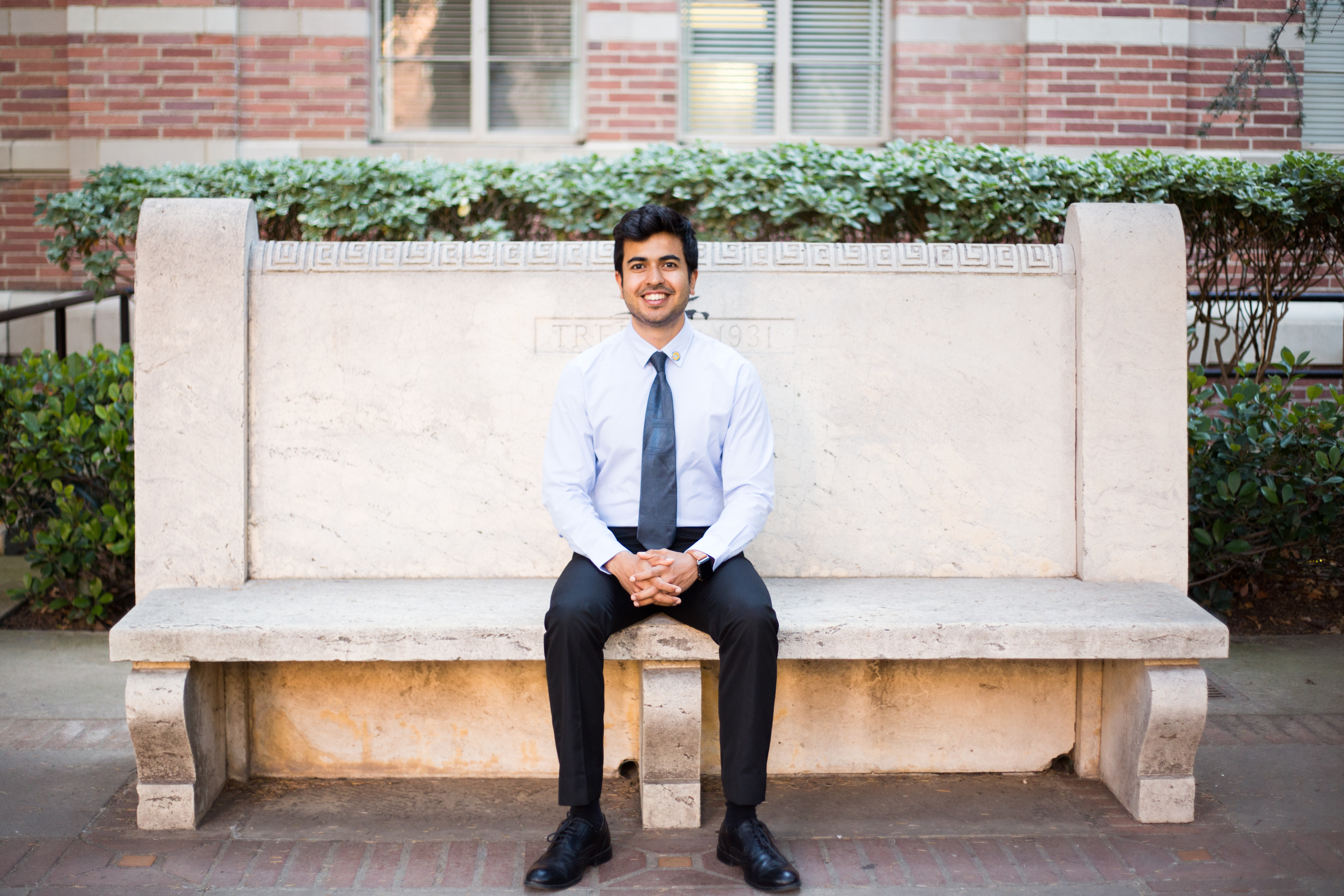 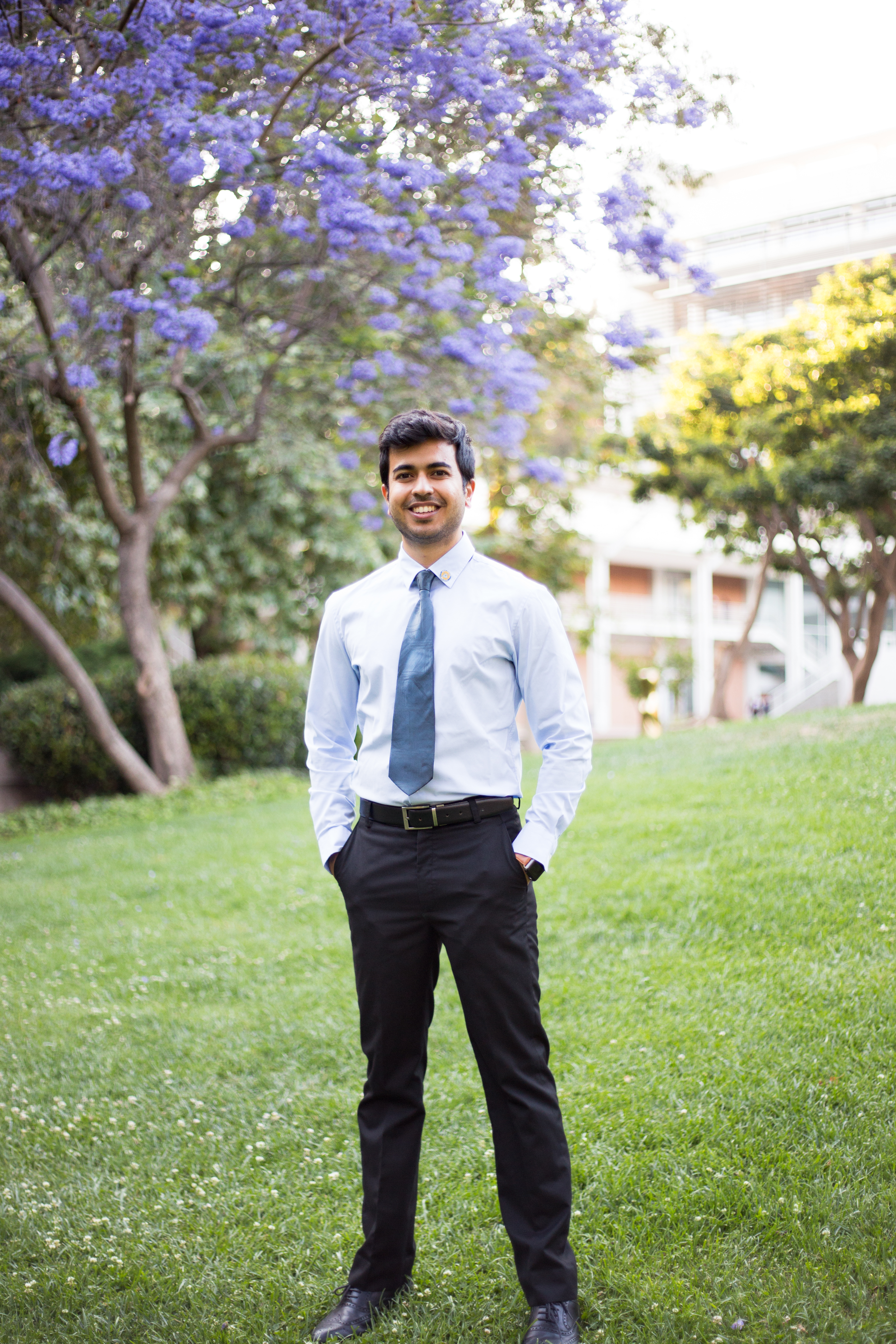