Latest Posts
Illustration Gallery: Fall Colors
Everything is not what it seems: A delve...
The best book recommendation based on your zodiac...
Slice of LA: A newcomer’s guide to the...
My biggest piece of advice for incoming students
A guide to UCLA’s writing resources
The 10 commandments for the school year
Los Angeles’ museums for your amusement
Fading campus lines
A weekend hike at the derelict Murphy Ranch
Politics

The midterm elections can be a tumultuous, often somewhat confusing time for voters. With such a long ballot, it can become difficult for one to stay informed on all the different candidates and propositions. This, combined with the mire of political advertisements for propositions makes it difficult for voters to determine how they should cast their votes.

This article does not aim to tell people who to vote for, rather provide an overview of each proposition as objectively and nonpartisan as possible. I will also provide strategies one can utilize in determining how they should vote on a proposition.

On November 6, California voters will have to decide on 11 propositions, each of which will have a profound impact on their state. Some are controversial, while others are very straightforward. Prior to making their decisions, voters should learn a bit of background on each proposition.

There were originally 12 propositions, however, proposition 9 was removed from the ballot. It proposed splitting California into three separate states, but the California Supreme Court decided to remove it.

Prop 1 provides four billion in bonds to existing housing programs for veterans, low income residents, and farmworkers. Almost all Californians agree that affordable housing is becoming a scarcity in the more urbanized areas within the state. This proposition aims to at least partially alleviate this. The primary argument for this proposition is it provides more affordable housing without raising taxes. The argument against it focuses on the method of selling bonds to fund the initiative.

Prop 2 takes existing county mental health funds and redirects them towards providing housing for those with mental illness who are homeless. Homelessness is rampant throughout many urban centers in California, and it goes hand in hand with mental illness. Although this proposition would alleviate the issue of the mentally ill homeless, it does also require $140 million per year that would otherwise be used on existing mental health care.

Prop 3 is another bond measure similarly to Prop 1. It aims to sell $8.877 billion worth of bonds to fund several water supply related projects. These include water conveyance, watershed, wildlife, and groundwater sustainability. In recent years, California has experienced several period of prolonged drought. In anticipation of future droughts, this proposition has been proposed.

Prop 4 is another bond funded measure, which aims to construct, expand, and renovate children’s hospitals. It is expected to increase state costs in repaying bonds by about $80 million annually. Those against the proposition point towards the costs of repaying the bonds which fund this measure. They believe Prop 4 is not a comprehensive solution to the children’s healthcare problem in California.

Prop 5 changes the requirements for those over 55 in transferring their property tax base to a replacement property. The caveat to this is schools and local governments would lose over $100 million in property taxes, which would grow to one billion per year.

Prop 6 removes an existing transportation law, which created taxes and fees directed at funding road repairs and public transportation. It also creates new requirements in the state legislature, requiring a majority of voters to approve any new or increased state fuel and vehicle taxes in the future. Those opposed reason Prop 6 would reduce the safety of roads and bridges by taking away their funding.

Prop 7 simply allows the state legislature to change daylight savings periods to be consistent with federal law. The opposition to Prop 7 cite winter mornings would be dark for an extra hour, forcing children to walk to school in the dark. 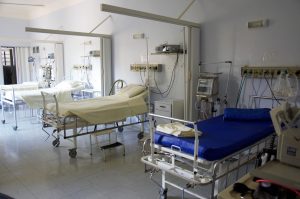 Prop 8 regulates how much clinics can charge patients for dialysis treatments. It also prohibits clinics from refusing to treat a patient, based on their payment source. The argument against this is the reduced charges would force many dialysis clinics to close, limiting healthcare access.

Prop 10 furthers the authority of local governments, by allowing them to enact increased rent control on residential property. It repeals an existing state law, which limited the scope of rent control by cities and local jurisdictions. Those opposed to prop 10 believe it will worsen the housing crisis. They anticipate local governments will create additional fees on top of existing rent.

Prop 11 requires private-sector emergency ambulance employees to remain on call during their work breaks. This measure would likely save local governments tens of millions every year and eliminate aspects of employer liability.

Although having some knowledge on each proposition is helpful, it is typically not enough to help voters decide. One useful strategy is to follow the money. Less favorable corporations such as big tobacco could sway one to vote against a position they fund. Luckily, the state government releases information regarding lobbying to the public on their website:https://www.sos.ca.gov/campaign-lobbying/cal-access-resources/measure-contributions/2018-ballot-measure-contribution-totals/.

Another strategy is to see what political parties, interest groups, and various other organizations support. An endorsement from the Sierra Club or Republican Party could sway one’s opinion on a proposition. This information can be found on the organization’s official website.

Voting is a stressful, oftentimes laborious process. Having the ability to vote, however, is a great privilege that many in the world are not accessible to. It is important to take advantage of this privilege and show up at the polls on November 6.