For someone who at one point was dead-set on being a serious businesswoman at USC, fourth-year communications student Maddy Grubman was about as far from the business stereotype as people came. With an infectious laugh, a penchant for telling stories, and an unmatched passion for being a Bruin, Grubman stole the show.

After graduating from high school in her hometown of Lafayette, California in the spring of 2008, Grubman had her sights set on USC’s business school, to which she had successfully been admitted. She elaborated, “I thought I knew exactly what I wanted to be when I grew up. Perhaps it was because I had watched too many cliché movies, or read too many female empowerment books, but I imagined myself carrying a briefcase, [and] wearing a pencil skirt. Being admitted to USC’s Marshall School of Business, I believed my path was set. Here I come ‘Lady in Charge’, here I come.” However, after touring the USC premises and feeling underwhelmed by the lack of opportunities the school offered its students, Grubman was suddenly unconvinced.

In a last-minute decision, she casually decided to tour UCLA, though she admitted that at that point, “UCLA wasn’t a huge thought on my mind; I had never really considered applying because of its lack of a business major.” Coming from a family of two highly successful older siblings who respectively attended USC and Berkeley, Grubman had a hard time considering any path that didn’t near-guarantee future success.

But that soon changed as she took the tour of campus. She recalled, “Little did I know the gorgeous man guiding me around the beautiful brick buildings and obstacle course of on-campus eatery chairs was about to change and shape my college experience forever.” Drawn in by the vivid lifestyle offered at the university, she was only further impressed when the student tour guide told her about events like Dance Marathon, and Spring Sing’s Company, along with the plethora of other activities offered to Bruins. Although her goals up until that point had been centered on the business world, the prospect of such a promising future led Grubman to change her mind entirely. She explained, “That day I went straight into Ackerman, purchased a UCLA sweatshirt, and said, ‘Mom, this is where I am going. I have no idea what I am going to study, but I know this is a place that I can make a home.’”

Undoubtedly, having supportive parents didn’t hurt; Grubman shared that her family had always given her the guidance necessary to become an independent young woman. Although her decision to change her life course was quite dramatic, the familial support never wavered. “My mom always says I’m her cat, I’ll land on my feet, and If I don’t, I’ve still got nine lives to keep on trying,” she shared.

Finally finding her place as a Bruin, Grubman wasted no time getting involved in many on-campus groups. Her tour guide’s passionate speech about Spring Sing’s Company made her consider getting into theatre and comedy, although she hadn’t had much experience with either. She took the plunge her sophomore year, performing in front of a crowd of screaming fans in Pauley Pavilion. “There are no words to describe the feeling when 7,000 people laugh out loud in response to something you’ve said. I was hooked. However, the laughter and pride were nothing compared to how it feels when you are able to positively impact thousands of people by spreading a feeling of happiness and joy, even if only for a night,” she described. With a huge boost in her confidence, Grubman took to the stage the next two years, gradually expanding her role from an actress to one of only 14 comedy writers for Company in her third and fourth years.

Notably, Grubman’s story of involvement at UCLA did not end there; with an impassioned desire to make a difference in the lives of those in need she joined together with the Pediatric AIDS Coalition (PAC). Her commitment to the campus group began in her freshman year, when she participated in the annual Dance Marathon, pledging to dance without rest for 26 hours straight to raise awareness of and funding for pediatric AIDS and HIV research. She continued with the group throughout her next three years, joining the morale committee and helping create skits, contests, and promotional videos for the community service-based coalition. In her graduating year on campus, she took charge as the Morale Steering Director for Dance Marathon 2012, providing support for dancers and counting down remaining time. She said, “It is nearly impossible to put into words the amount that this event impacted me. I was full of tears of joy and fatigue as the 10 second countdown commenced.”

Akin to these experiences, Grubman busied herself between school years by traveling to Nicaragua and Honduras for the majority of her summer vacation with the aid program Amigos de las Americas. Working as one of only three directors of programming in the summer of 2010, she acted as a liaison between the various native communities, volunteers, and Amigos staff members, organizing volunteering efforts and medical needs for the 70+ Nicaraguan volunteers.

Back on campus, Grubman made a difference on a smaller, yet still important scale: convincing prospective students to join the Bruins. After getting a position as a campus tour guide in her sophomore year, she consecutively taught countless individuals about the university’s proud heritage. Grubman’s Bruin pride only grew with the passing years, and culminated into her most gratifying moment as a student. “I was doing my usual walk backwards with a group of families, when a boy stopped me so that he could address my tour and let them know that I was the reason he had attended UCLA. He let us know that he had submitted his intent to register at UC Berkeley and then after my tour, switched to UCLA,” she shared with pride. Because she had graduated one quarter early, she wasn’t able to retain her campus tours job into the spring quarter, but out of love and respect for the university, she regularly gave multiple tours each week, voluntarily.

With an enormity of experiences behind her, and the strength and confidence of a mature Bruin, Grubman boldly planned to make her way into the world of acting and comedy, choosing to stick with something she truly loved—making people laugh. “The dream is always SNL, but I would love to do any kind of improv. I know it’s a risk but my biggest fear is to give up on myself,” she said. Her advice to fellow Bruins was short, but sweet: “Take advantage of everything because it goes by so fast. Reach out to opportunities, and never say no.” 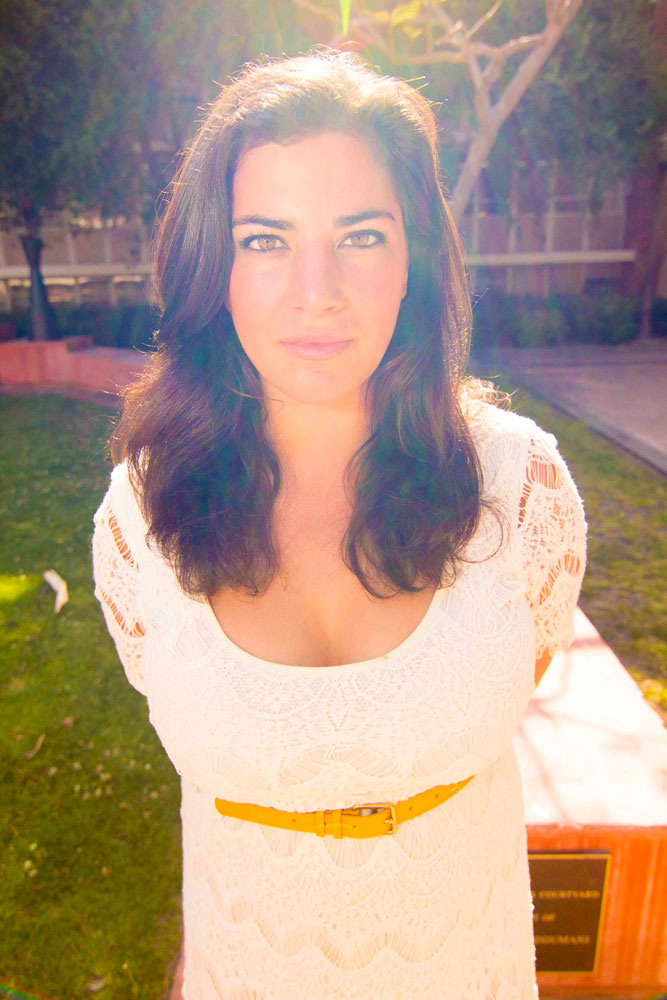 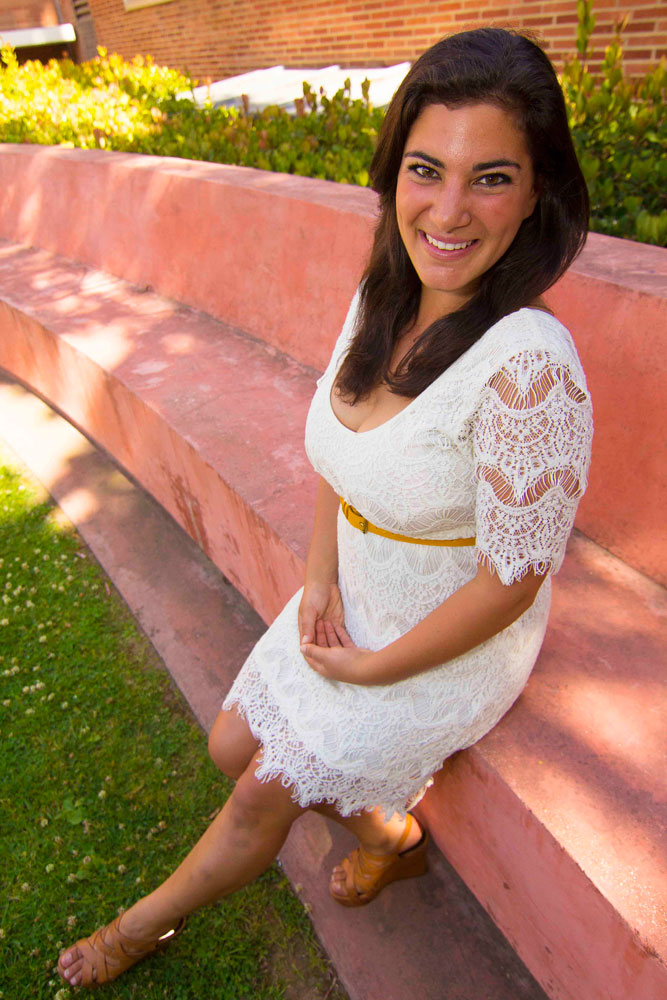 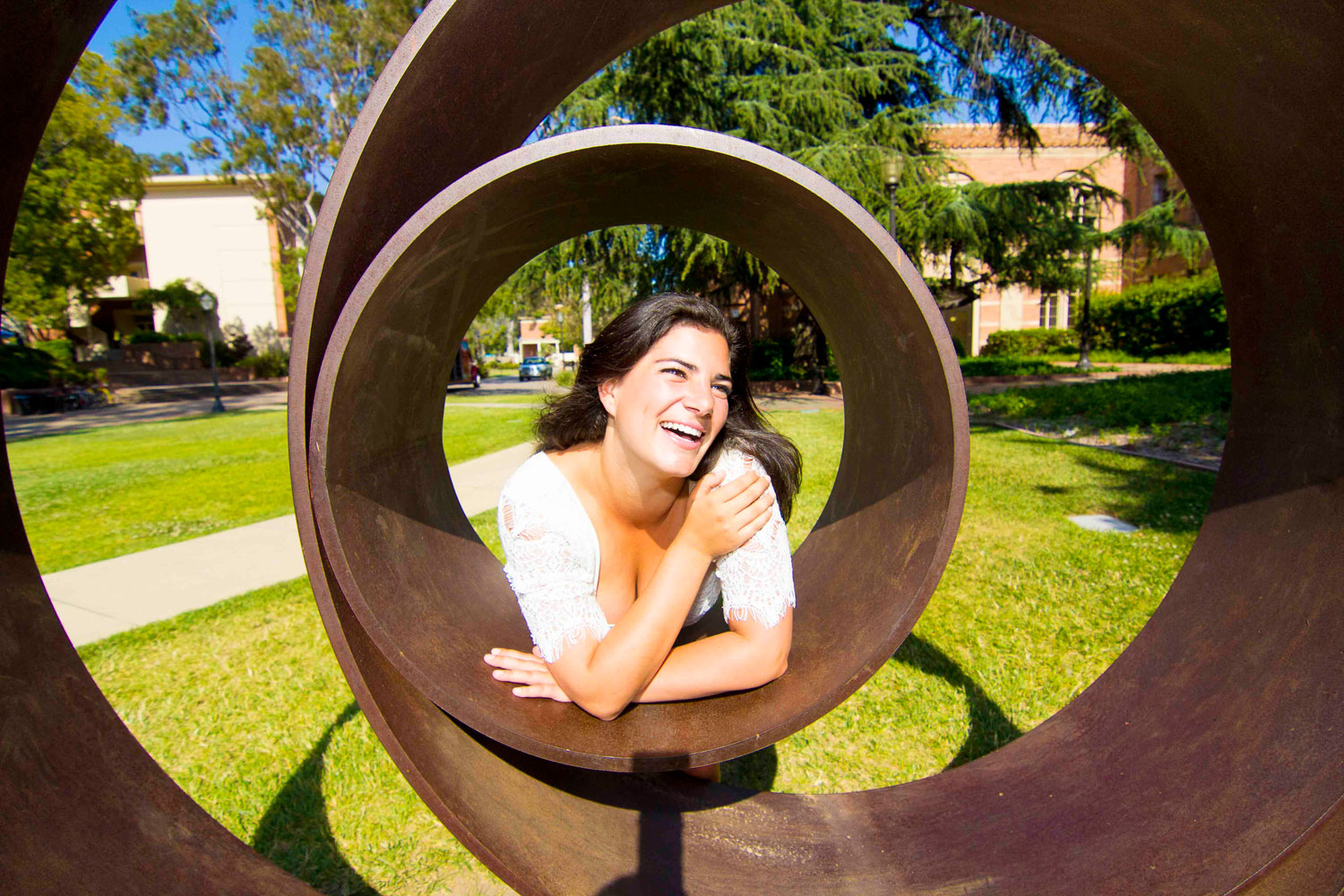