Music—from rap to country to the old but golden rock ballads of the 70’s, music had forever been an integral part of campus culture. It blared from the stage at Royce Hall, surged from the portable iHomes of Salsa Club members, and hummed from the earphones of countless student as they shuffled down Bruin Walk each day. Music was everywhere; but for fourth-year European studies student Lisa Manesh, music was life.

Even at the young age of five, Manesh showed an immediate talent for playing her home piano, plinking away at the dusty black and white keys as she taught herself to understand the sounds they made. Although her family was not particularly musical, according to Manesh, her early musical affinity was well supported and developed. “To my mother’s credit, she saw potential in me and contacted our town teacher Mrs. La Porte, despite my father’s objections that I should just teach myself,” she shared. But the inkling her mother had that Manesh might have a future in music proved to be correct. The young Manesh advanced quickly in her piano studies, commonly surpassing pianists twice her age in competitions and often placing first despite strong competition. Although she began playing simple tunes at five, just two years later she had mastered Beethoven’s notoriously difficult “Für Elise” and showed no signs of stopping there.

With her rising talent, her connection to the piano only strengthened. Manesh recalled objecting,“Oh, but Mama, I have to play the piano!” after being punished for misbehaving by not being allowed access to the instrument. Her music carried her far through her adolescence, as she accompanied former Metropolitan Opera singer Linda L. Baker in a rendition of the song “You’ll Never Walk Alone,” dedicated to her mother. By the time she was eight, she held a regular job as a child piano prodigy at her local Virginia Beach Resort Conference Center, trading work for all-she-could-eat Sunday brunches. Moreover, as a youth she won a Miss Pre-Teen California talent competition and received call back auditions for the television series America’s Most Talented Kid.

Though her love for piano never ceased, as she transitioned into high school, she found an equally strong passion for academics and learning. As Manesh considered what college she wanted to attend during her senior year, UCLA stuck out in particular. She explained, “Being able to study under such prestigious professors was a definite reason for me to come to UCLA. For example, James Roberson, an ethnomusicology professor, is actually Grammy-nominated!” Once she had settled into life at the university, Manesh felt comfortable letting her first love, music, back into her life without fear of upsetting her academic successes. She quickly added a minor in music history to her already-full plate, joining fellow musicians at The Herb Alpert School of Music and utilizing piano as a creative outlet. Additionally, Manesh realized she could employ her love and skill for music to benefit campus and the greater Los Angeles community in a highly positive way. She explained, “That piano—once just a dust collector in our home—had done more to propel my life academically and with community service because I realized I could change people’s lives, including mine. [While at UCLA] I decided to focus my life on the healing, altruistic power of music.”

With a newly found purpose at a university in which opportunities abounded, Manesh encountered no difficulties finding like-minded music enthusiasts and community servants ready to make a difference. After completing a lengthy research paper for a European studies class on Handel’s Messiah, Manesh acquired a deeper understanding of the practice of dedicating music to charitable causes through her learning of Handel’s humanitarian efforts. As an active part of musical groups like the African American Choir Ensemble, benefiting the Department of Neurosurgery at the UCLA Medical Center by playing for fundraisers, Manesh found a place to shine alongside her fellow Bruins.

In addition to her other commitments, she began playing for local senior citizens and leveling with them in an entirely human and personal way, sharing the love of music. She recalled, “an elderly gentleman especially [stood] out in my mind, an Alzheimer’s patient who liked nothing more than to torment me with every critique he felt compelled to give…[until playing] Verdi’s ‘La Donna e Mobile’ [which] made him and his guide dog approach my bench. Emotional, he told me he had not heard ‘La Donna e Mobile’ since he was a child playing on the floor. The music had reconnected him back in time, a memory defiant to his present day Alzheimer’s.” Manesh also shared an event that had particularly touched her, in which she taught a 93-year-old man to play piano for the first time. “His fingers were bent from arthritis, but it did not stop him from wanting to play the music,” she said.

But her passion for learning and academia did not die out as her musical passion was rekindled; throughout her four years on campus she maintained tremendously high academic standing, earning the title Summa Cum Laude and graduating with Honors. She decided to share her academic abilities with the Los Angeles community and frequently worked as a teaching assistant at an international school, instructing underprivileged students in core academic subjects during school breaks and summer vacation. One student in particular, a particularly frightened and anxiety-ridden orphan who sought political asylum in the United States as war ravaged his home country, inspired Manesh to employ her knowledge of music. She began utilizing music therapy around the student and in the class, simultaneously creating a peaceful, stress-free environment for the children and exposing them to art forms they had likely never heard before.

When she had unscheduled time, Manesh shared, “I really like water, so I enjoy sitting by the fountains on campus, and I also really like the botanical gardens, or anything having to do with nature. [In Westwood Village], I love walking around during Christmas and seeing all of the lights on the stores along Broxton Avenue, or enjoying the quaint atmosphere at Novel Café.” Balancing a strong dedication to musical service and time for herself, Manesh graduated with the world as her oyster. She shared, “I’ve been accepted into a Ph.D. program at UC Riverside in music history, but I’d really like to branch out into music in films as well. I love film scores and I’d love to get involved there.”

As a young woman who had accomplished so much in her four years on campus, Manesh had these parting words of advice: “Embrace what UCLA offers. Be proud to be a part of this living legacy—I know I am.” 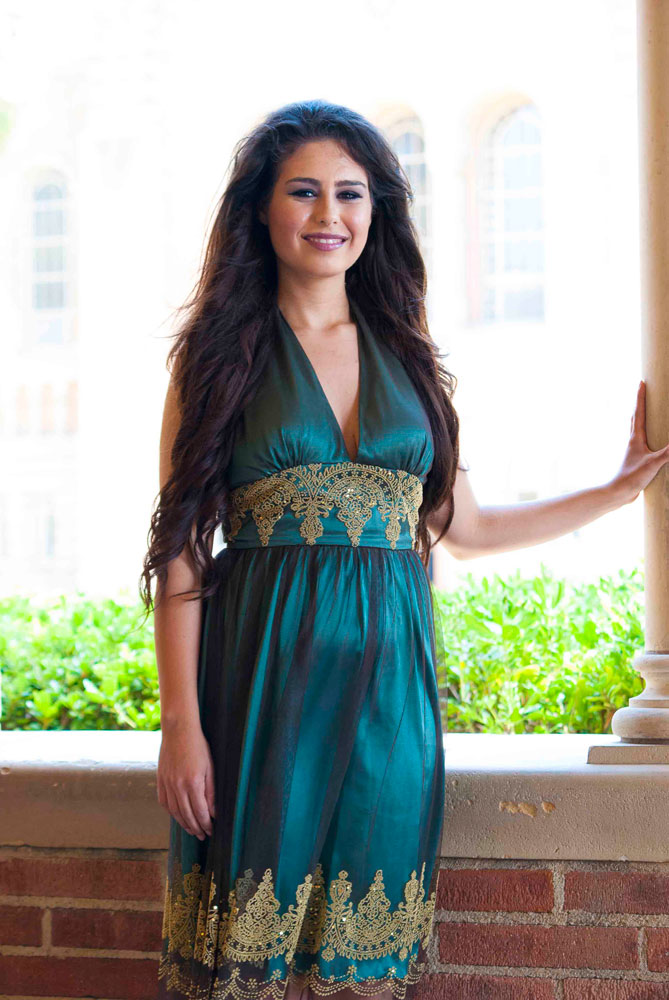 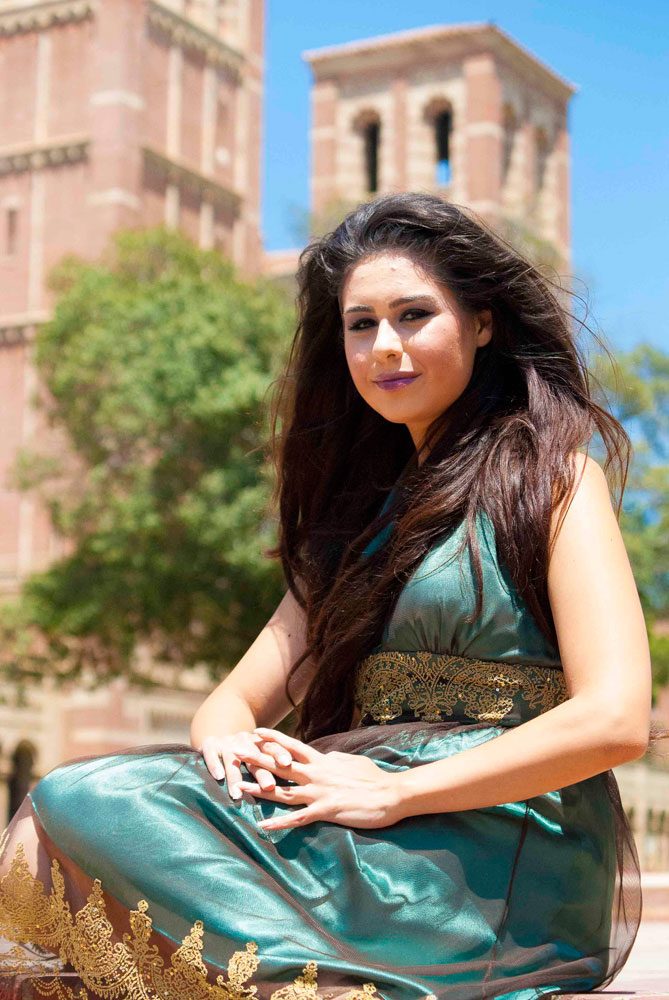 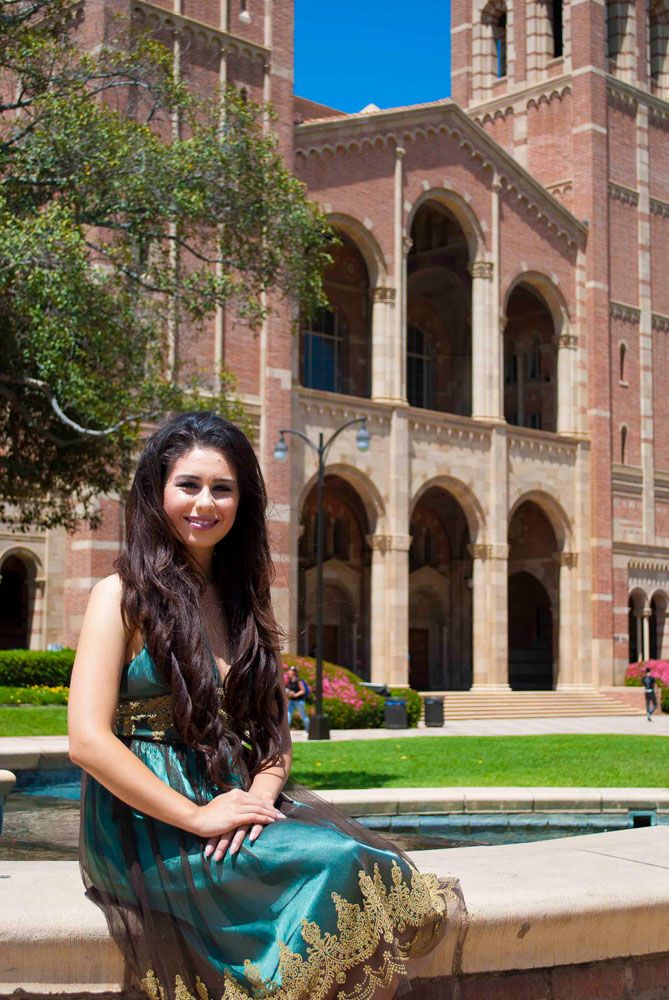