Almost every high school student sees college as the opportunity to finally get away from home to experience something different and Erin Ward was no exception. Known for her remarkable innovations with the Pediatric Aids Coalition (PAC) and Dance Marathon, it was surprising to discover that Ward—born and raised in Los Angeles—did not plan to attend UCLA, her parents’ alma mater. When she received her acceptance letter, Ward reluctantly agreed to take a campus tour, during which UCLA’s breathtaking campus—coupled with an extraordinarily knowledgeable tour guide—worked the magic that they were known for. “I fell in love with UCLA. I can’t believe that I never gave it a chance, and now looking back at my life, it was probably the best decision that I had ever made because of the opportunities that I’ve had.” Ward thankfully expressed. “UCLA has literally changed my life, so it was quite a decision.”

When she was a child, Ward joked that she aspired to become a ballerina, but she never would have imagined that she would begin her college career as a bioengineering student. Inspired by her mother’s use of prosthetics after she lost her leg to cancer in 2005, Ward was determined to make the next biggest innovation in prosthetics.  Her personal connection to the sciences was strengthened when her father unfortunately passed away from a stroke in 2010. Understandably, Ward went through a difficult time, but she used it as motivation for her research and academics. She even surprisingly found herself moving away from the physical sciences. “I started becoming more interested in the social implications of medicine,” she said. “It still kind of related to what I’ve been dealing with throughout my entire life with my mom and my dad and the HIV pandemic—it always had to do with the stigma associated with those diseases. That’s kind of how I transformed.” After becoming involved with awareness campaigns such as Safe Sex Week and World AIDS Day at UCLA, Ward confirmed that this was the path for her. Ward is graduating with a degree in psychology and a minor in society and genetics, and her work at UCLA had helped shape her passion for public health.

This passion was the driving force behind Ward’s dedication to revamp Dance Marathon, something she considered to be her biggest accomplishment at UCLA. Over the past 11 years, Dance Marathon had evolved to become one of the largest student-run philanthropic events on the west coast, and Ward was proud to have been involved with it for all her four years here. She still remembered being interviewed by the PAC panel as an intimidated 18 year-old freshman in her first quarter at UCLA. “I walked in literally shaking, but everyone was just so nice, and I just knew that I wanted to be a part of the organization forever,” said Ward with a smile. “And when I got the acceptance call to be on general committee, one of the people even said that she could see me as president one day, and it ended up being true.”  In the first time in the history of PAC, they had a third-year student as their president. Ward made waves by also assuming the position for a second term, another novel accomplishment.

Even before she was president, however, Ward was already making great changes in the organization. In her second year as Cause Director, Ward realized that the other committees lost sight of the cause because they were focused on other aspects of the event. To motivate the committees, Ward decided to add a mentorship program to put a face to who they were raising money for. Every month, kids would come to UCLA and bond with the committee; soon enough, this opportunity expanded to dancers as well. Ward fondly recalled the end of Dance Marathon 2011 when they lifted numbers with the total amount of money fundraised. “When we raised the sign, one of the kids we benefited, who was standing right at the front, started screaming at the top of her lungs,” Ward reminisced. “She’s 12, and I don’t know if she even knows what this amount of money means or can understand the density of the amount, but she jumped up on stage, started crying, and gave us a big hug. It was an amazing feeling.”However, Ward’s dedication to help these kids goes beyond Dance Marathon: for the past three years, she has been volunteering as a camp counselor, and after graduation, as a member of the administration, for Camp Kindle, a summer camp for children infected or affected by HIV/AIDS; this camp is also one of the beneficiaries of Dance Marathon.

This year, Ward helped Dance Marathon raise over $450,000, exceeding the cumulative goal of three million dollars she had set. Ward knew the distribution of this money was important and wanted to strive to bring the cause closer to home. “I realized that we were doing all of these wonderful things with the community,  but I wanted to bring it back to UCLA, so I urged the UCLA AIDS Institute to apply as a beneficiary,” Ward explained.  PAC was now not only involved in a global and national scale through the Elizabeth Glaser Pediatric AIDS Foundation, Project Kindle, and One Heartland, but “with the UCLA AIDS Institute promoting HIV research,  we now spanned the whole pandemic of social and biological realms of where we were giving our money to,” Ward said. Her work integrated Dance Marathon into the UCLA community, guaranteeing that Ward’s legacy was here to stay alongside other great UCLA traditions such as Spring Sing and Bruin Bash.

Organizing such a huge event and leading PAC was no easy feat and led to several sacrifices. The biggest skill Ward learned was time management: after all, working 60 hours a week for Dance Marathon, in addition to being a full time honors student with a minor, was a lot to handle at first. Yet once Ward figured it out, there was no stopping her. “Prioritization was important. Obviously school came first, but my passion is with these kids and the organization and just trying to de-stigmatize the disease,” she explained. Although she had to sacrifice certain opportunities to study abroad or be active in other clubs, Ward did not regret a single moment. “Aside from just being an organization, it’s a family,” she said. “It’s the best support system ever and they have really made me feel at home here. They’re simply the best!”

As preoccupied with PAC as she was, Ward still found time to satisfy her curiosity both academically and geographically. With the help of UCLA’s Department of Psychology, she formally explored the realm of professional public health as a research assistant in an autism spectrum disorder study in 2009 and later in a health psychology study in 2011. During this time, Ward was also employed at the Sherman Oaks Family Medicine Practice as an Office Management System Coordinator, which further contributed to her burgeoning interest in the health field. Although she enjoyed following her intellectual pursuits, Ward knew that it was all too easy to get lost in a state of bookish limbo, so she made time to explore her surroundings—starting with UCLA. She secretly admitted that she had always been interested in the underground network of tunnels that connected major buildings at UCLA and had recently confirmed rumors that there was in fact an avocado tree near Dodd; however, her favorite place on campus was not a secret location. “The grass near Janss steps!” she exclaimed without hesitating in. “I think it’s the most beautiful thing in the world when the suns setting and you’re sitting at the top of Janns steps and you look one way and you have Royce and Powell. And then you look the other way and you completely see all of Janss steps, the intramural field, the new dorms, and all of L.A. We have the most beautiful campus in the world.”

Ward’s inquisitive nature was not limited to the boundaries of UCLA, however. Ward explained that all of her friends know her as an yoga enthusiastic, and raved about how the Yoga Collective in Santa Monica  was her go-to spot whenever she was stressed or just looking for an outlet for fun. The end of her senior year marked the first live she had to leave Los Angeles for an extended period time. “I’ve been trying more and more to soak up everything that is L.A.,” she said. “If I ever have spare time I’ll go to Santa Monica or Venice and take a walk or drive and actually appreciate the beauty. I know it sounds weird, but I’ve actually lived here for 22 years, and I’ve taken advantage of that opportunity.”

As cliché as she admitted that her answer was, Ward said she did not really feel like she changed much from high school until she entered “reflective modes” those last couple of months. “I’ve really matured in terms of just confidence in myself and others and really being able to soak up the moment and manage my time,” Ward said. She noticed that although the classes she was taking in her last quarter were no easier than the ones she had previously taken, she was breezing right through them. “It’s probably because I haven’t been stressing out as much over it, and I’m actually enjoying learning the material, whereas before, even if I started studying two weeks earlier as a freshman, I would try cramming it into my brain as much as possible,” Ward postulated. “Now, I actually appreciate the education system, and I thank UCLA for teaching me how to do that.”

Words of wisdom that Ward wished to impart to current and future students at UCLA was to “never take anything for granted and if there is ever an opportunity that presents itself that might be scary, just try it—it can’t hurt to try. Don’t be afraid to fail because you’ll learn from absolutely every mistake and experience that you have. It’s hard to follow, but it’s definitely true,” she advised. She stressed that UCLA was an amazing school located in an even more amazing location and that students should make the most of their school and surroundings by seizing every opportunity that there is out there. More than just taking advantage of all of the opportunities, Ward wanted to make a positive change in the world and described herself with the Gandhi quotation, “Be the change that you want to see in the world.”

As Ward pursued a Master’s degree in public health at the Mailman School of Public Health in Columbia University next year, it seemed very likely that Ward was going to bring about great change in the world. When asked to conclude with a funny—yet reflective—final saying, Ward struggled to think of one. “I’m really terrible at this sort of thing,” she giggled. After several moments of thought—and browsing jokes on Google on her phone—Ward’s eyes light up, and with a smile on her face and in a voice reflecting the true nature of the statement said, “A tassel is worth the hassle.” Considering Ward’s history at UCLA of academic excellence, undeniable service, and effective leadership along with her role in shaping what will forever become one of UCLA’s great traditions, her tassel most certainly was. 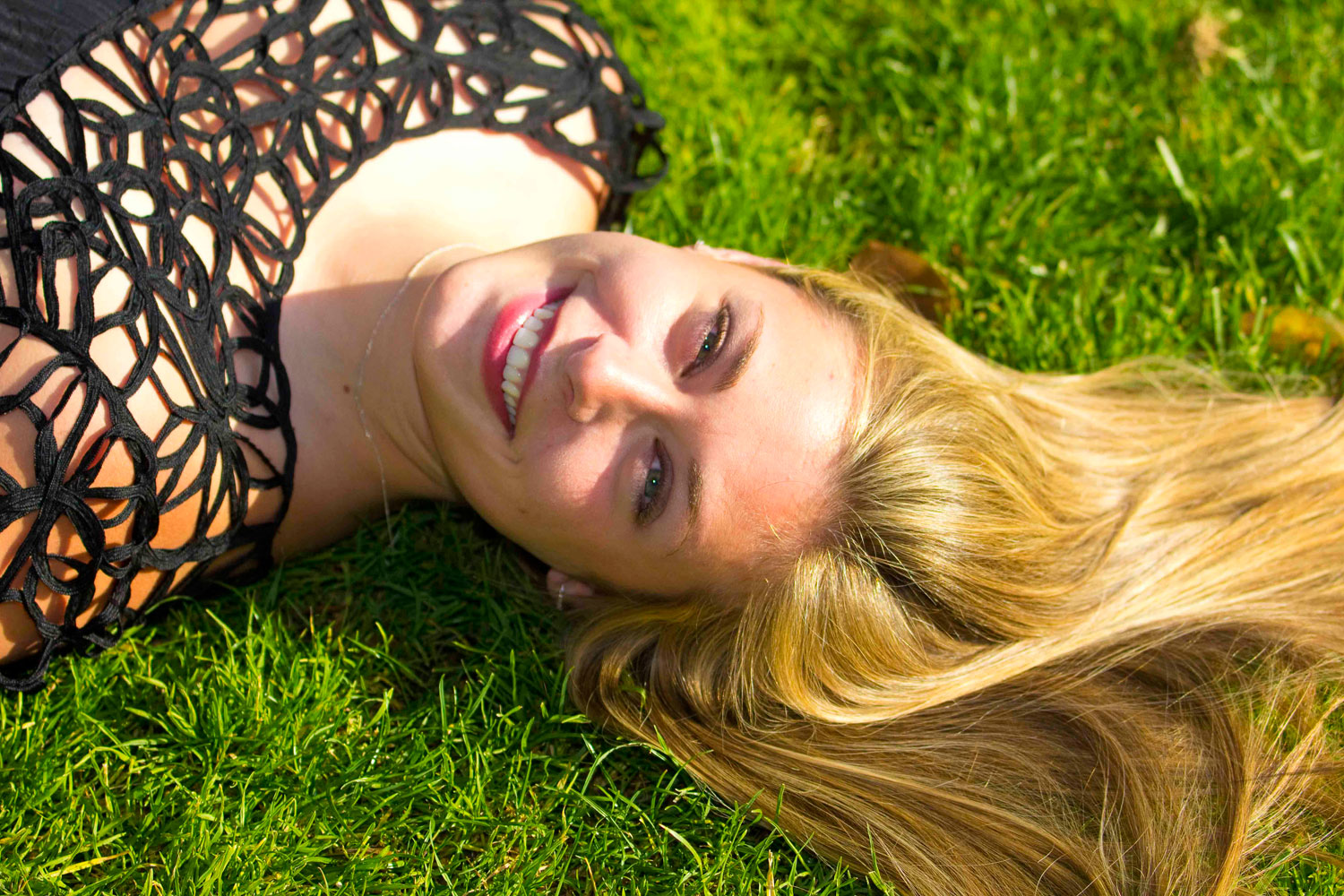 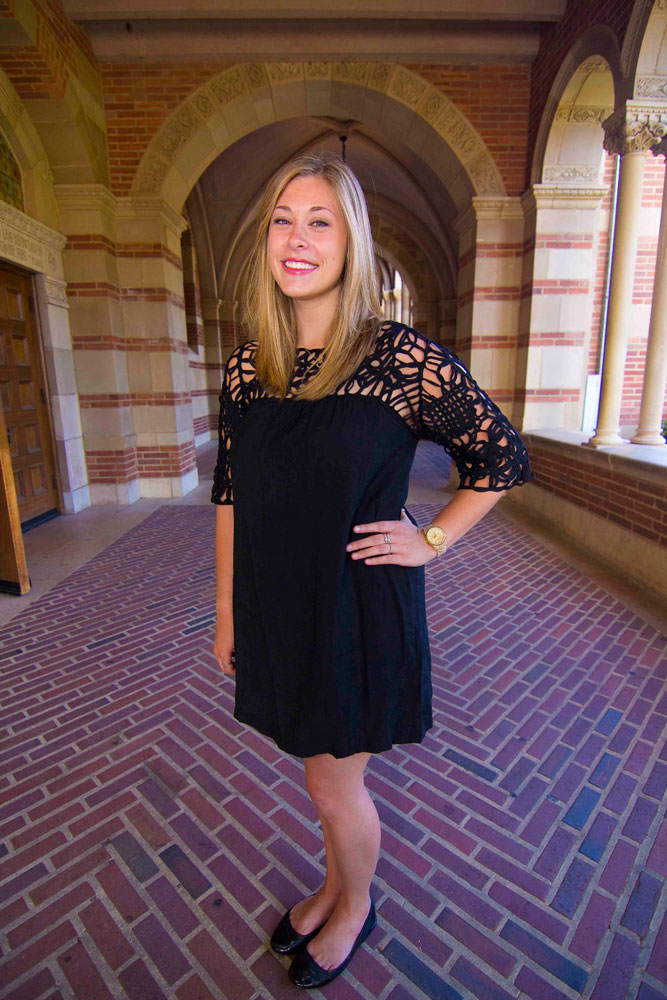