When graduating fourth-year Cara Trombadore was asked what her parting advice would be to incoming freshmen, she responded, “More than anything, it is important to find what you love.”

And Trombadore did just that while attending UCLA. A four-year member and Social Director of Bruin Belles—a community service-based, women’s leadership organization—a UCLA Dean’s Honor List recipient, and vice president of Club softball, Trombadore explored every aspect of campus life in order to discover where her passions laid. “Get involved. Take advantage of every opportunity here;” stressed Trombadore, “It is only through pushing yourself out of your comfort zone that you really discover who you are.”

She started out along the path of determining how to maneuver around her comfort zone by taking a course foreign to her at her freshman orientation: Anthropology 8. Little did she know that this course would help determine her entire academic future at UCLA. In the unusually small class of about five students, Trombadore explained, “I saw how passionate my professor was about anthropology and that encouraged me to explore the field. Through that single class I found one of my passions—I knew I loved it.”

Trombadore’s exploration of her passions far from ended with the declaration of her major: she had extensively studied French in high school and craved more than anything else the opportunity to study abroad. She spent one year studying in Bordeaux, France, and could not stress the level of positive influence the experience had on her life. With a laugh, Trombadore shared, “It’s a rollercoaster—you get a little homesick and then at your last week you realize the amazing experiences you’ve had and you don’t want to leave.” Within her studies abroad, Trombadore explored Bordeaux’s culture, joined a French basketball team, roomed with a “crazy cat lady”, and in the process, discovered who she was, and more of what she wanted in life. “Studying abroad is an experience that I could never take for granted,” explained Trombadore, “I’d recommend it to any student at UCLA.”

Trombadore didn’t just learn life lessons from her year abroad; a certain group she was involved with on campus taught her more than she could begin to explain. Joining Bruin Belles her freshman year, Trombadore became majorly dedicated to helping others through the variety of community service opportunities she was able to take part in. In the process, she discovered yet another of her passions: making others happy. Trombadore accredited Bruin Belles to truly discovering who she was as an individual: “Bruin Belles is all my favorite things wrapped into one organization. It helped me to discover that I can make a difference in the world.”

Trombadore later became Social Chair of Bruin Belles: she planned retreats, tutored youth through after school programs, and collaboratively helped in her volunteer work, the program itself donating 10,000 hours of community service. Bruin Belles not only provided Trombadore the opportunity to meet some of her best friends, but also the encouragement she needed to stay focused and ambitious in school. “Bruin Belles helped me explore my experience as a Bruin,” stated Trombadore. “The memories I’ve made with that amazing group of women, some of my closest friends, will last me a lifetime.”

Trombadore certainly distinguished herself as a motivated and passionate individual through her constant involvement on campus. However, her achievements far from ended with graduating: she just recently received a scholarship to continue studying at UCLA, only this time, as a law student. She explained, “Studying abroad as a junior made me feel a little like I missed out on at UCLA. When I got accepted to the law school here, it was a no-brainer. It would allow me to make up any lost time.”

Looking forward, Trombadore also understood it was important to look back at her biggest inspirations in her life and in school. She claimed that her dad was by far the most influential person in helping her grow to become the person she was today. “My dad has a work hard play hard mentality,” said Trombadore. “He’s so supportive of anyone he meets, and inspires me to never take anything for granted.”

She followed the example of her dad on a daily basis. Trombadore learned to take all the magic that comes with the UCLA experience and embrace all that awaited her: all the while trying to make the world a better place, both for herself, and those around her. Said Trombadore,  “I trust in putting good karma into the world because I believe it bounces back.” 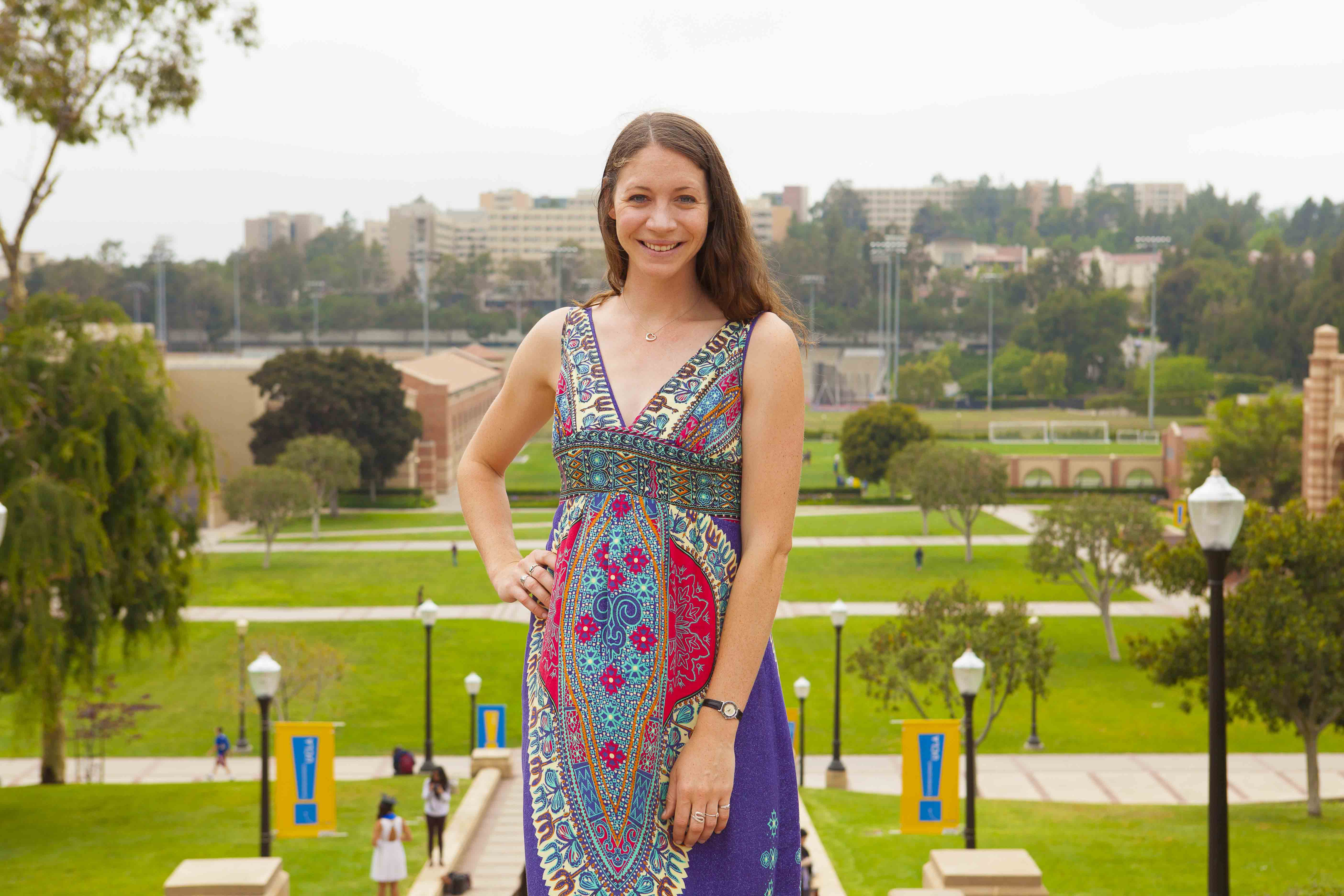 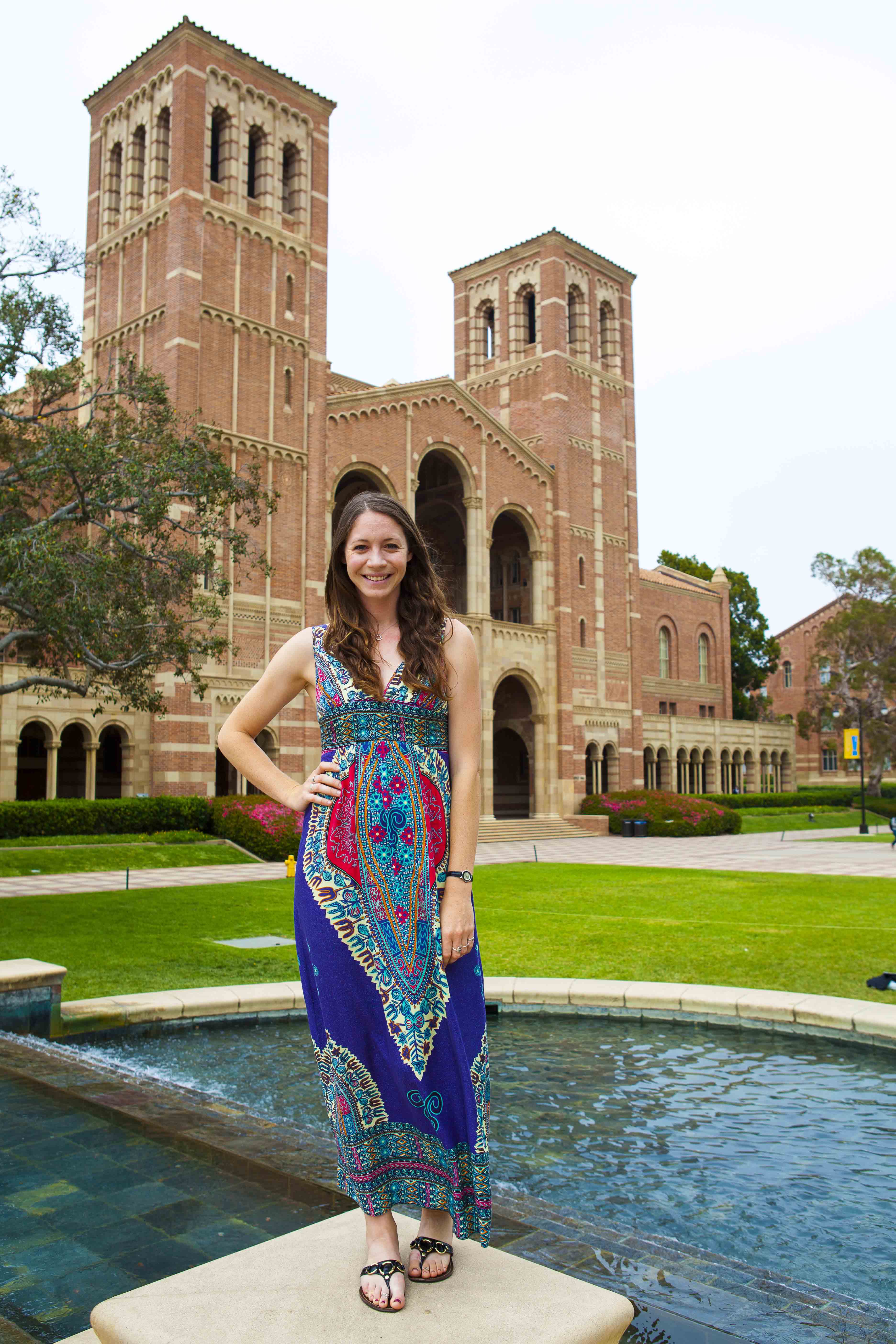 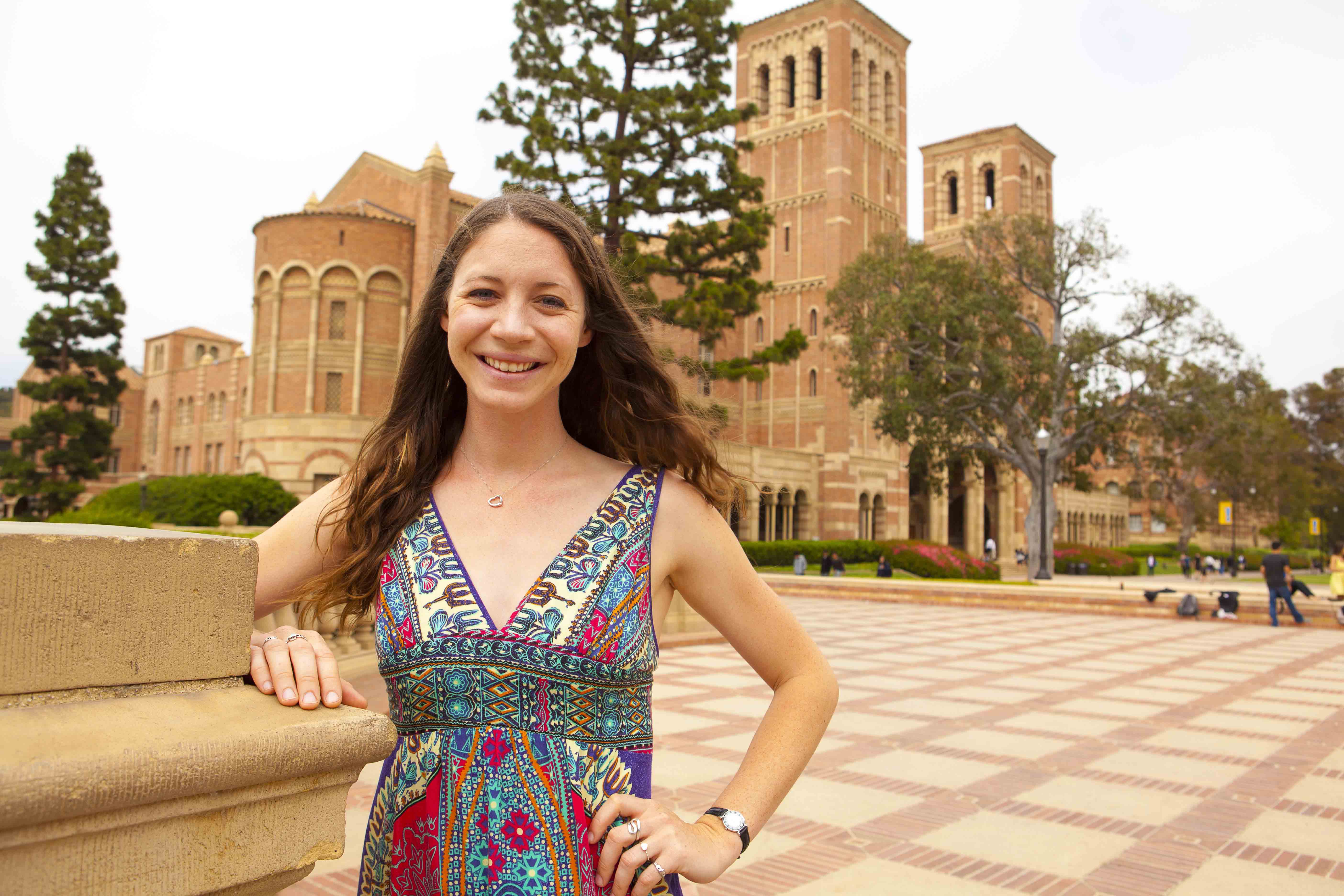