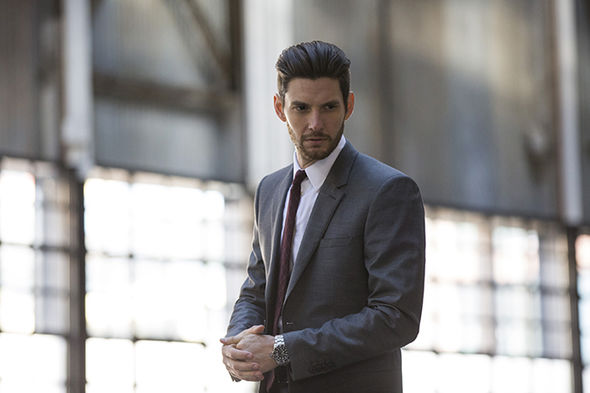 With Marvel’s The Punisher Season 2 hitting the 2 week old mark on Netflix, fans have been given time to process the show and the narratives that have wrapped up. If you haven’t finished the show, you might want to do so before you continue reading, as spoilers lie ahead. One signature character that met his end in the second season was Billy Russo, a.k.a Jigsaw, played fantastically by Ben Barnes. With his Netflix story arc coming to a swift and merciless end, I’d like to compare Billy’s Netflix adaptation to his comic book original, hopefully shedding light on his character and relationship with Frank, as well as including some notable differences.

In the show, Billy has a rough childhood, bouncing between foster homes and eventually ending up with an abusive foster father. In this aspect, Netflix Billy is almost identical to his comic version, in which he was orphaned by his abusive father at ten years old. However, while Netflix Billy went into the Marines, comic Billy went straight into a life of crime and became New York based hitman.

This decision, in my opinion, adds a layer of emotion in an otherwise violent and raw TV show and makes the narrative far more interesting. As seen with most comic-book villains, a rough childhood typically causes the character to gravitate towards a life of crime given his lack of good role models and naturally negative disposition towards the world. However, Billy’s decision to become a Marine in the show demonstrates respectable character and proves a healthy step forward from his rough circumstances. Importantly, this decision allows him to meet and befriend Frank, granting the relationship between Jigsaw and the Punisher an emotional aspect that differentiates it from the vanilla hero-villain dynamic.

In the comics, Billy first meets The Punisher on a mission, which results in Billy’s disfigurement and subsequent hatred of Frank. They have no prior association and only come into conflict due to Billy’s initial mission and the grudge he holds. Having that brotherly bond, therefore, dramatically affects character motivations in the show. To start, the bond between Frank and Billy dramatically increases the rage and injustice Frank felt towards the feeling of his family. In addition to losing his loved ones, Frank learns that his best friend failed to stop event that shattered his life. This infuriates a character who really doesn’t need any more pissing off with Frank’s uncontrollable hatred reflected the season 1 finale. Ultimately, this pre-existing bond gives emotional value to the pain Frank inflicts upon Billy, setting the narrative up nicely for season two.

Season two focuses on Billy’s mental recovery far more than his physical one. While his body heals remarkably quickly, he struggles massively with holes in his memory and the haunting image of the Punisher skull. He exists as the social shadow of his former business owner and charming self while struggling to understand how he’s managed to reach his predicament at the beginning of the season. While the beginning of the season shows Billy reclaiming agency and founding Valhalla, it is very clear that Billy still thinks of Frank as a brother, despite their season 1 run-ins. This results in one of the best moments of season 2, in which Frank, wearing the skull vest, confronts Billy on the street after he pulls off his operation (Episode 7). Billy, upon seeing the skull, comes to the horrible realization that Frank was the one who did this to him, and paralyzed by shock, has to be dragged into the getaway car. His worst fear manifests, as the rumors of Frank have been confirmed, and the puzzle that is his mind grows even darker and more complex. This is brilliant for Billy’s psychological character development, as despite his previous crimes, he becomes somewhat sympathetic. Throughout the season, Billy acts like a child lost and angry with the world. He cannot understand the repercussions of his actions as he doesn’t remember them, and the only person who really talks to him is Krista, who seems to be manipulating Billy during their relationship. His helplessness and true loneliness manifest in his final moments, as he tells Curtis that he just “doesn’t want to die alone”. Ultimately, Billy once again becomes a lost child abandoned by the world, trying in his own messed up way to find meaning and value to his existence.

While changes from the original comics aren’t always welcome, I’d say Punisher’s deviation were well warranted. Had Frank and Billy not met in the military, none of this character development would have occurred, and Jigsaw might have stagnated as a traditional villain. However, Netflix graced us with a cool killer turned lost psychopath with a soft spot for a tough old friend, making for a fantastic character arc. 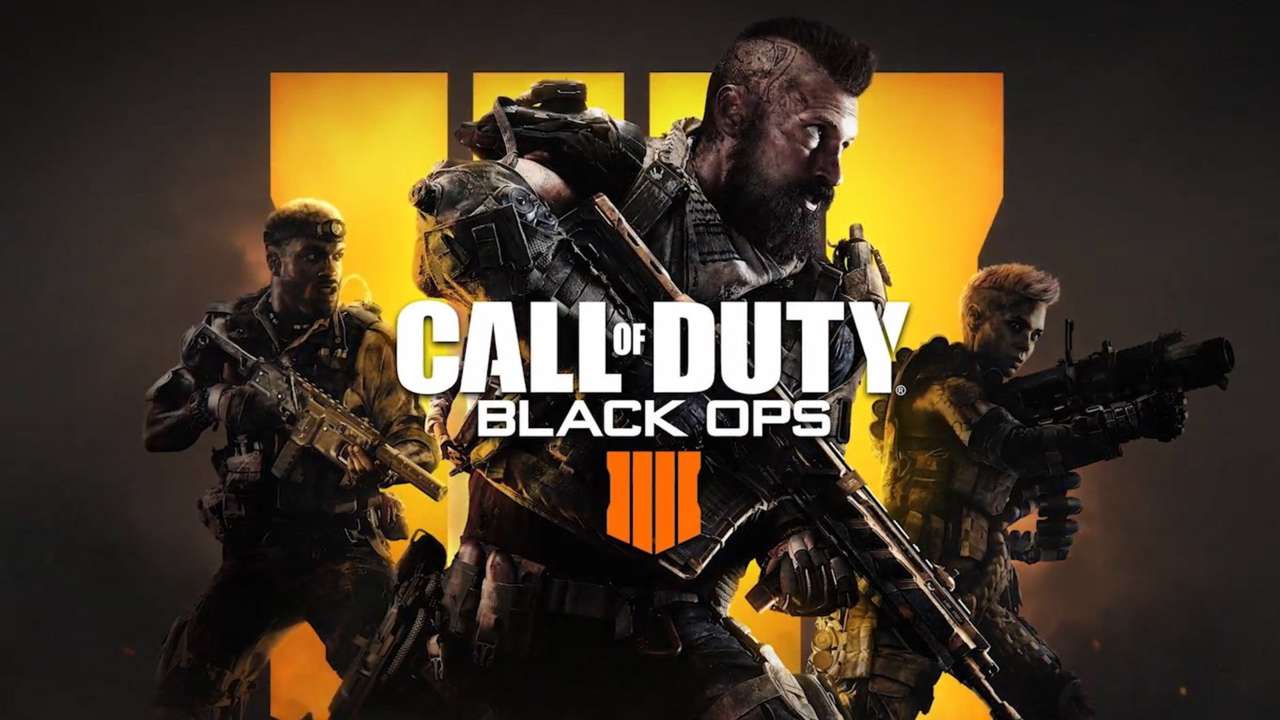 With the conclusion of the recent Call of Duty Black Ops 4 2k tournament, COD fans have had their first taste of competitive matches. Despite just being an online 2k, the competitive scene looks promising, especially after the content drought caused by the IW and WWII seasons. Scump pulled over a hundred thousand viewers with a host from Ninja himself, and pretty much every pro in the tournament streamed their POV on Twitch. Importantly, the pros seem to be enjoying the competitive side of BO4 much more than previous years, and that has something to do with a solid overall game but also the weapon meta.

The current meta for BO4 goes as such: 1-2 ICRs for your anchors and flexes, 1-2 SAUG’s for your main and supporting subs, and 1-2 Maddox’s for your flexes and maybe anchors on smaller maps. Now, this meta differs from the traditional format. Competitive is 5v5, so throwing an extra player in the mix changes things up. However, the focus here is more on the weapon meta.

To start, the last two Treyarch games have featured some variant of the M8 that served as the main AR in competitive. However, the main, slow AR this year is the ICR. To put it simply, the ICR is a laser beam. With people running something along the lines of reflex, Grip II, and Quickdraw on this gun, your main ARs are literally turrets this year. While the ICR literally has no recoil at any range, it is still outperformed by other weapons up close, and the lack of stock on this weapon severely reduces mobility. Therefore, we’ve seen many ICR players hold lanes and push behind their Maddox and SAUG players, more or less returning to a traditional anchor.

The next weapon in line is the SAUG. Now, the SAUG is a little different than previous main subs. Traditionally, there has always been “that sub”. In BO2, it was the MSMC. In Ghosts, it was the Vector, although that thing was pretty much an AR if we’re being honest. AW had the ASM1, BO3 had the VMP, IW had the ERAD, and WWII had the PPSH. All these subs were highly competitive with ARs with perhaps the exception of the VMP at medium ranges. This effectively established that close and mid range engagement as sub territory with longer engagements as AR territory. However, in BO4 the SAUG, while still usable at medium ranges, it not nearly as competitive as its predecessors, especially in the presence of the next gun in the meta. At a certain range, the SAUG’s damage dropoff and recoil combined with its somewhat awkward iron sights has sub players rendered completely useless. People are no longer “getting cross map kills with the Skorpion”, plain and simple. However, at close range, this gun shreds. Like the Skorpion and the Vesper, this gun deletes opponents in the blink of an eye. Furthermore, if you’re feeling particularly nutty, you can throw double stock on the SAUG and strafe your heart out. Shoulder peeking a doorway with this gun and baiting somebody to slide into a shower of SAUG bullets may cause an aneurysms in your opponents but is definitely a viable strategy.

The final weapon is the Maddox. And so far this year, the Maddox is “that gun”. Reminiscent of the HVK’s big brother from BO3, the Maddox is by far the most versatile gun in the meta. Coming with low recoil, good time to kill up close and reasonable at distance with forty bullets in a magazine, this gun proves it’s worth in any engagement. Furthermore, the ability to run stock and double quickdraw on the Maddox combines with its fire rate to give this AR sub-like benefits. It’s gotten to a point where many pros have been using the Maddox over actual subs like the SAUG. However, despite the debate, this gun is not overpowered. Run into an ICR across the map or a SAUG in your face and even the Maddox can’t help you. This gun at its heart is just an excellent hybrid weapon. It bridges the gap between a sub and AR and grants gives flex players a go-to gun. Overall, the Maddox is essential to maintaining a balanced meta.

With these three weapons, we can classify each of them as dominant in a certain range. ICR reigns supreme at distance, Maddox shines at mid-distance, and the SAUG obliterates up close. While the Maddox does perform the best at all ranges, each weapon can absolutely be used competitively on any map. Unlike previous years such as Ghosts and WWII where either the Vector outclassed everything or the BAR gunned subs up close, the BO4 meta has clear cut roles that lead to a healthy balance. And while patches will inevitably come and change the meta, what we have right now is pretty solid. 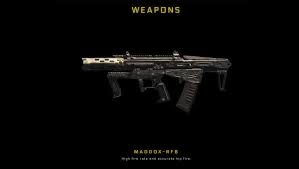