Alon Kashanian came into UCLA as a Biology major, a little intimidated and unsure of what exactly he wanted to pursue in the next four years.

“I joined the fraternity ZBT my first year, but nothing else. There were so many programs and it was overwhelming; I didn’t know what I wanted yet,” said Kashanian. “After my first year, things started falling into place and I began taking chances. I was like the Yes Man (from the Jim Carrey movie), saying yes to everything.”

At the beginning of his second year, Kashanian heard about a program called STROKE Force and decided to apply. Following a very selective process, Kashanian was chosen as one of three new recruits for the program. STROKE Force members worked with stroke patients at the Ronald Reagan Hospital’s Emergency Room. The team also had an educational component, and members spoke to underprivileged communities about the warning signs of a stroke and other important health-related information.

“Coming in, I didn’t know anything about strokes, just that I cared about people and the medical field. Through STROKE Force, I fell in love with the study of the brain and picked neuroscience as a major,” he said. “I found the program to be very meaningful and touching, and this sort of erupted into me getting involved in a lot of neuroscience programs throughout college.”

A year later, Kashanian became the coordinator of STROKE Force and devoted hundreds of hours in the ER to fill in for other STROKE members who were not able to commute to the hospital. “I felt a huge responsibility [as coordinator], and challenged myself to always be a good role model.”

Leading STROKE Force wasn’t enough for Kashanian, and as his passion for neuroscience grew, he looked for more opportunities to become involved in the scientific community. “I decided to start my own organization with a group of friends called RENOUS, or Research & Education on Neurodegeneration – Offering Understanding & Solutions,” explained Kashanian. “We’re more focused on helping and educating people about Alzheimer’s disease than doing research.”

Now an active leader of two student groups, all the while maintaining high academic standards in his studies, Kashanian looked for one final opportunity to make a difference in the community.

“I really wanted to get involved in student government, so I looked at USAC appointment positions, and I saw one related to health. SHAC (The Student Health Advisory Committee) is basically the student voice of The Ashe Center. Before they make any changes, we check that anything they add or subtract from the program is okay with the students,” said Kashanian. “It was a different experience working in a very professional environment with four undergraduates and four graduate students.”

Following his election to chairman of SHAC, Kashanian began working on a new initiative that had never been achieved before. He explained: “What I wanted us to do was to become more campus-relevant. We saw that STI testing cost $10-25 per student and that last year, students paid a total of $15,000 in co-pay to get tested for STIs.”

In order to make STI testing more accessible and affordable for students, Kashanian began a new initiative to provide free testing at the Ashe center. “I wrote a few grants, talked to administration, advertised a great deal – and at the end, we provided $25,000 worth of free STI testing for the month of April,” he said. “This shows that people want to get tested, but maybe didn’t have the money to do so.”

Kashanian had also been conducting research on sleep apnea, a medical condition where patients’ muscles relax too much, causing them to choke in their sleep. “Doing research has been an amazing learning experience, being involved in real scientific experiments,” he said.

While it may have seemed like his schedule was already packed to the brim with South Campus programs and research, Kashanian made time for one more “fun” activity in his busy week. As a Persian Jew, Kashanian co-founded the group “Persian Community at Hillel” in order to unite students of the same cultural background as well as those interested in learning more about Persian Jewish culture. Kashanian collaborated with various organizations, from the Fowler Museum to a young professional network for Persians, in order to create cultural bridging events for the community.

“I realized that a lot of the Persian students were locals and transfers and didn’t get very involved on campus,” said Kashanian. “I wanted to increase the Persian student voice on campus and bridge relations between Persians and non-Persians. Our first event, Chai and Chat, actually brought around 100 people, and it was a great opportunity to introduce other people to the culture.”

Though his list of activities and academic achievements alone were quite remarkable, Kashanian brought a genuine passion and commitment to each program that made his contributions at UCLA all the more impressive. “I didn’t want to join a group if I couldn’t spend the time to become a leader and change and improve those groups,” explained Kashanian. “Being in these activities has really made my UCLA experience. The educational aspect of college is important, but if you don’t apply it to other people and real world situations, you will not learn as much.”

Following graduation, Kashanian planned to take a gap year to “travel, exercise and do research” while applying for medical school. “I want to have my free time and take the time to think about other things. I hope to get back into basketball, something that I have always loved to do and will contribute to a stable lifestyle,” he said.

No matter what path he would enter in the future, the story of a sophomore that said yes to everything and achieved all that he put his mind to were good signs that Kashanian would likely have many more achievements lined up in the years to come. 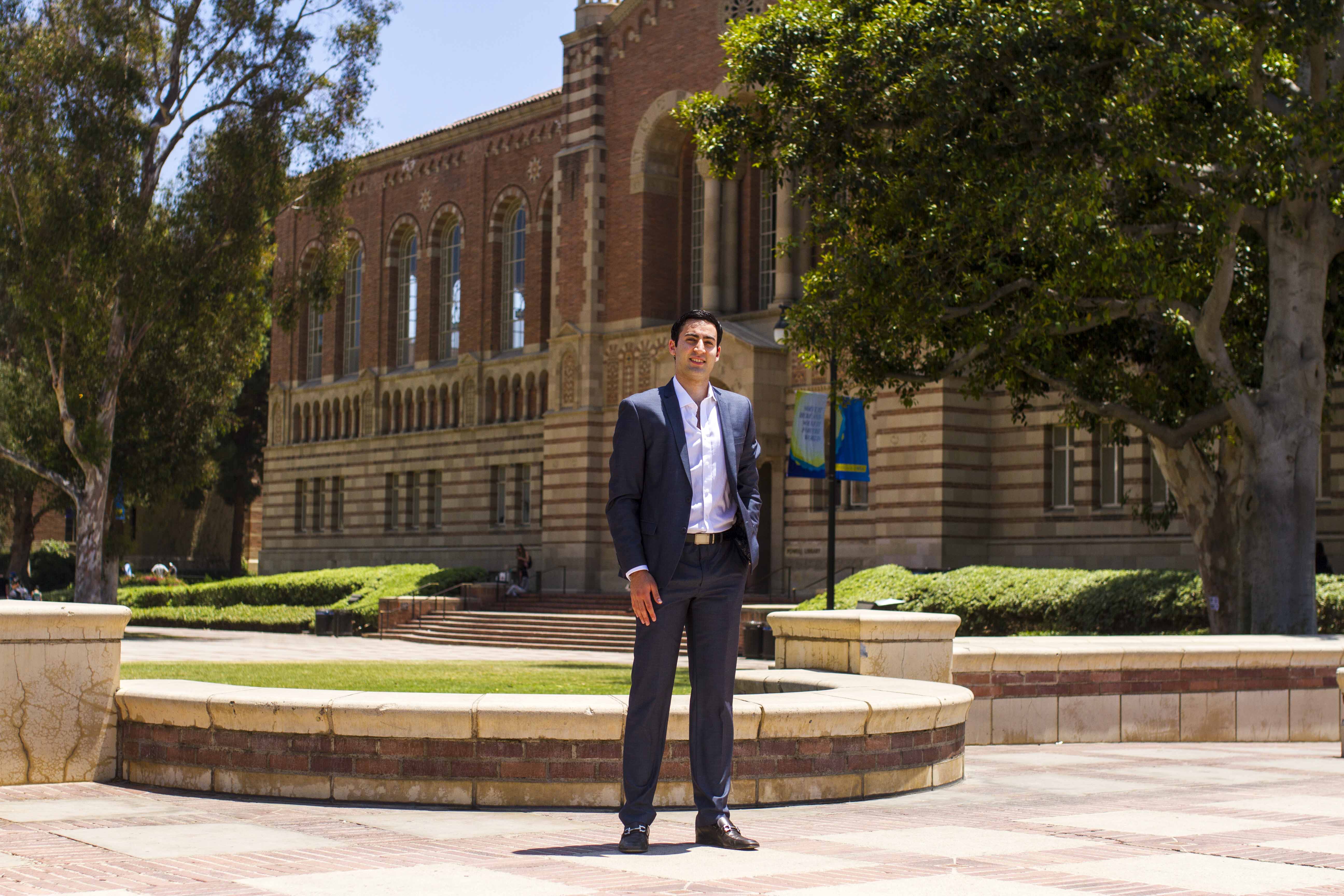 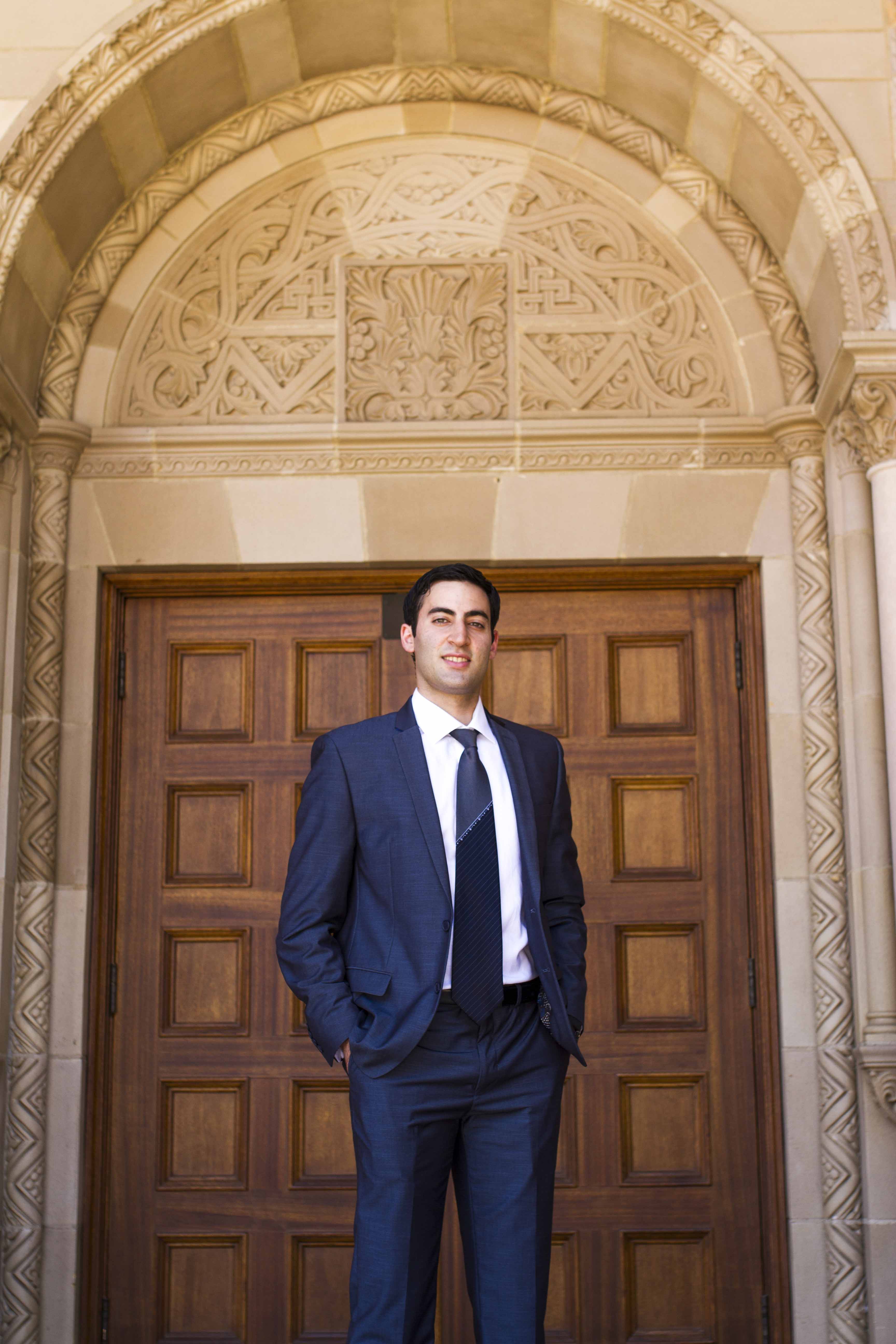