She loved playing with her stuffed animals, even though some of her friends found it silly and immature.  Her favorite was turtles, and she had two turtle plushies in her dorm.  She has also been keeping a diary since second grade.  In her four years at UCLA, Adrienne Law did more than what most students could even imagine doing.

Since before she was a freshman, Law’s clockwork churned with the desire to start the swim club.  Over the process of a year, she persisted and recruited fellow swimmers she saw around campus: “During the summer before freshman year, I actively contacted various organizations for assistance, flyered on Bruinwalk, and befriended students wearing high school swimming t-shirts.”  She finally saw her efforts come to fruition during her sophomore year, and in just three years, it has become a feared college club swimming team.  And when her swim club was still barely beginning to form, she started another organization.  Before her sophomore year started, Law learned of the American Medical Women’s Association, which promoted a “safe, non-competitive forum for premedical women to network and discuss issues such as medical school preparation, education, and family challenges.”

But Law was far more pervasive on campus than just in her two clubs; she also wrote for two publications on campus as well as participated in many community service and research programs.  Law joined the Daily Bruin in her freshman year and wrote for its science and health section until the winter of her junior year, during which she was [accepted] by The Mental Note, which was a science newsletter maintained by UCLA’s Neuroscience graduate students.  Further accomplishments in the field of science included neuroscience research and a research program at Caltech.  She researched with Dr. Shafali Spurling Jeste, professor of psychiatry and neurology at UCLA to better understand autism.  For a year, she worked at Caltech, researching the decision-making processes in the brain that were linked to anorexia.

At this point, we must take a step back to what inspired Adrienne Law to pursue medicine, specifically neurology.  Law’s high school career consisted of varsity swimming, nationally competitive figure skating, and many AP classes: “It just felt like I had no control on circumstances in my life.  I felt like I was very self-conscious on how I looked.  I don’t know why I felt the pressure.  I felt like the only way I could control my life was through my weight.  Maybe I’ll look better, feel better, if I lost weight.”  As a consequence, she developed an eating disorder.  But from paying attention to her diet and physical activity, as well as with help from her pediatrician, Law recovered.  For her, this was a life-changing, eye-opening experience.  “It was actually my pediatrician who talked to me, told me about a healthy diet, healthy exercise.  I really loved seeing her and talking to her.  She was like my second mom.  She told me, one day when you grow up you can influence your patience and tell them your story.  That definitely inspired me and gave me the drive to pursue pre-med.”  Her fellow at Caltech and ultimately her path to the future was inspired by her tribulations in high school.

Adrienne Law also minored in English at UCLA.  With a major in neuroscience—as south as south campus can get—and a minor in English, the pinnacle of a north campus major, Adrienne was not only a supremely intelligent, but also a well-rounded student.  “In addition to journalism, I also have a passion for creative writing,” she said.  “I really love writing.  I actually came in as an English major.”

As for her future, Law had it all planned out.  “I want to apply to graduate school in June.  The interview process will probably take a whole year.  Meanwhile, I will be taking community college classes for certain colleges with specific requirements I’m applying to.”

Adrienne Law was truly a student whose prowess drew awe.  Out of over 900 student organizations, neuroscience student Adrienne Law founded two—both of which became extremely successful—the UCLA Swim Club and the American Medical Women’s Association, Undergraduate Division.   She left her mark on this campus for many, many years to come.  Her swim club, which was just a mere collection of former high school swimmers and interested dippers in her freshman year, became a successful, highly competitive club sport that expanded above and beyond her expectations.  She was able to balance her community service in local churches, research at UCLA, and writing for UCLA’s many publications with her academic achievements.  Despite all her success, Law did not get lost in just creating a list of records: “There’s a lot of things that I did that aren’t even on paper.  Things that you don’t need on your resume are the things that shape you.”  She then added, “I really love riding scooters!  Especially down the really steep hills.”

Law was the epitome of a successful UCLA student who took advantage of every single opportunity she had.

“Imagine a salad with a fried egg on top of it,” she ended with a piece of advice.  “Poke the egg yolk and watch it ooze out of its nucleus, digging deep into the crevasses of the salad.  Like the egg yolk exploiting the dish, make the most of UCLA’s resources.” 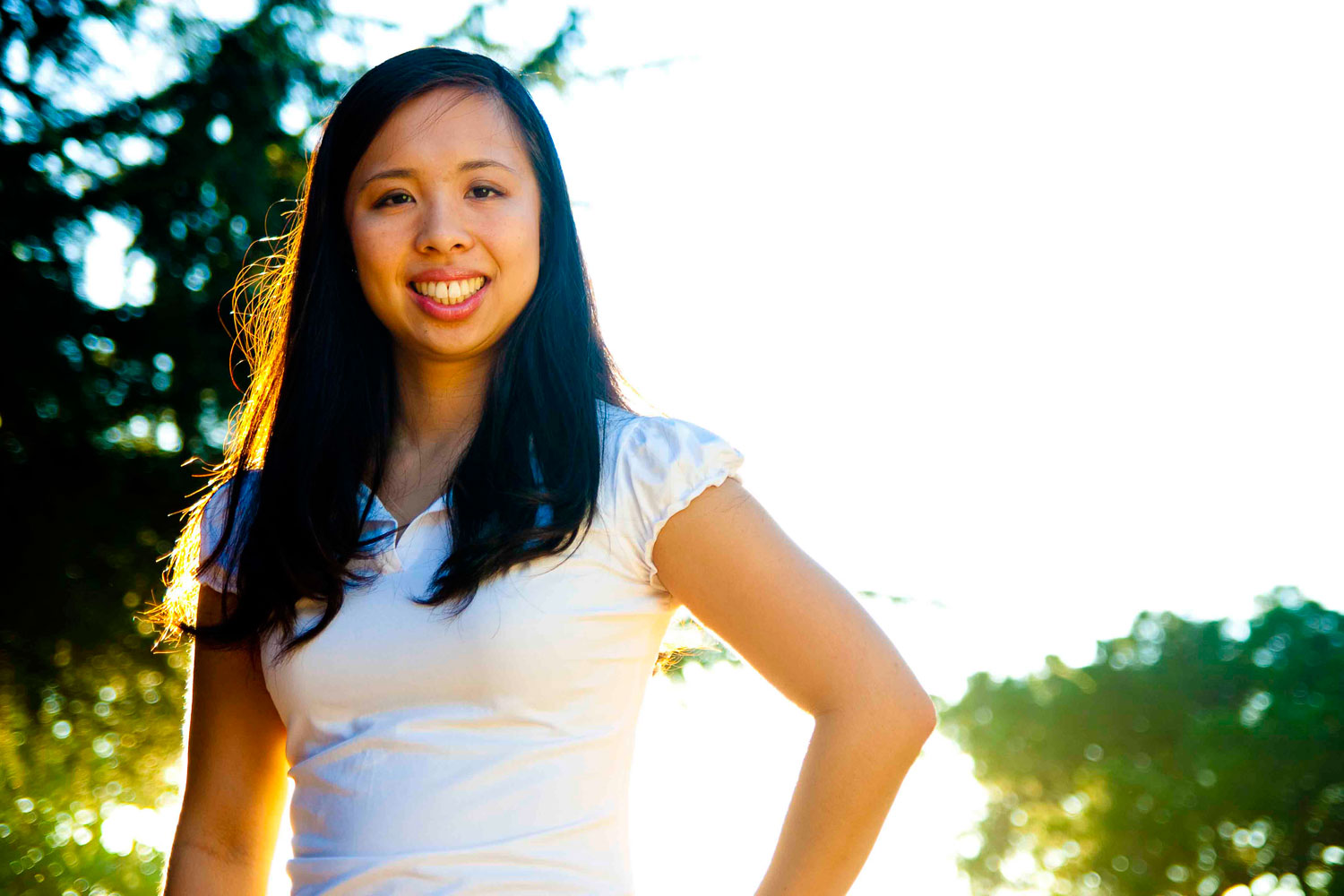 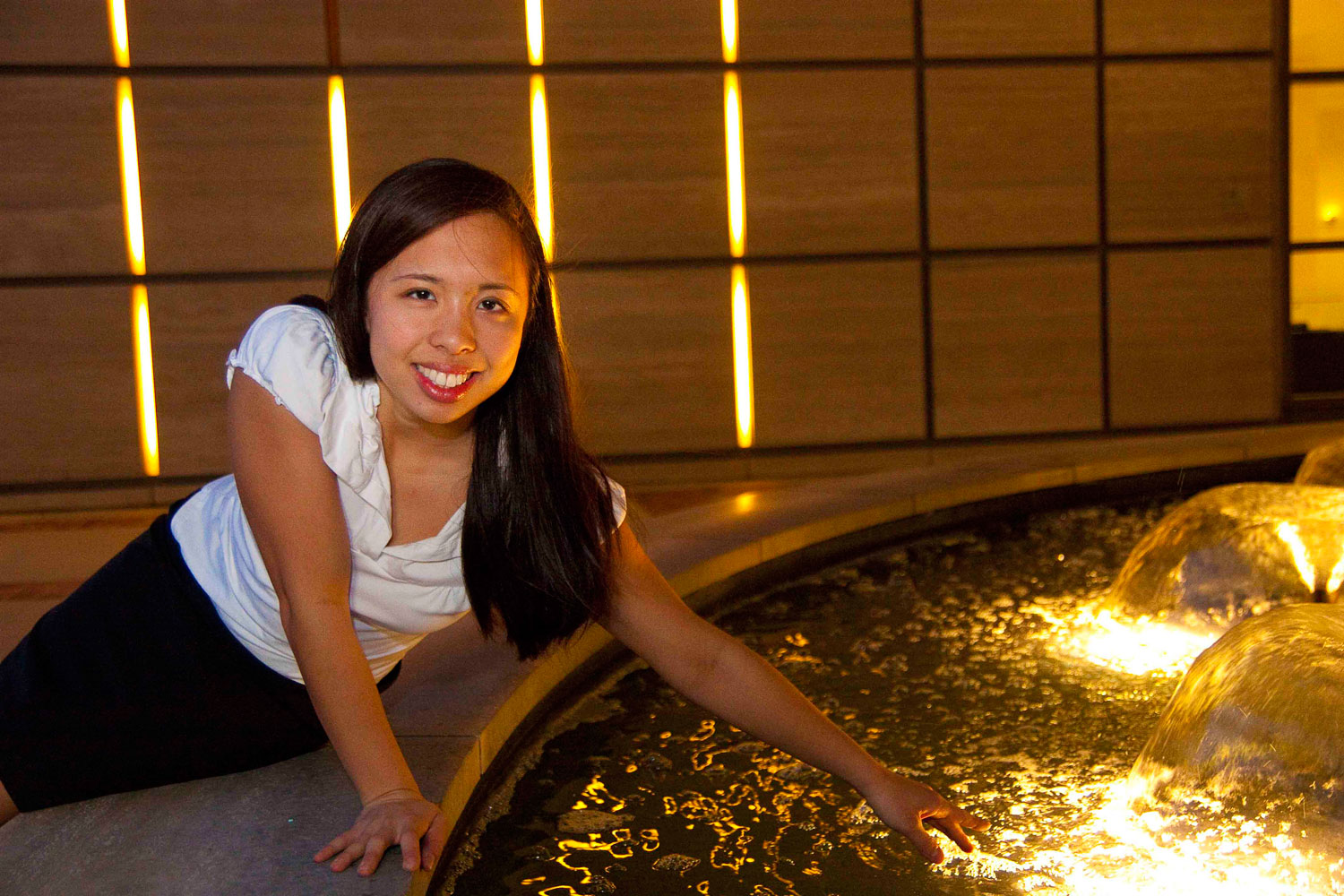 The Magic Man | Ace Of Spades. Magic in Every Step

The Fighter | Hannah Klein. Anything but Ordinary