From his earliest days of education as a bear cub at McKibbin Elementary in Whittier, CA to the blue and gold colors of East Whittier Middle School, to playing his high school fight song “Sons of Westwood,” Anthony Sanchez’s UCLA career was simply meant to be. While he may not have been bruin born or bruin bred, he most certainly would be bruin ’til the day he’s dead.

Interestingly enough for the future Bruin leader, UCLA was not Sanchez’s first choice; however, he fell hard and fast for the university after orientation, after attending the rigorous and bond-creating band camp before the start of his first year, and from that very first football game on. “My decision to join the UCLA Bruin Marching Band was a life-changing choice that allowed me to feel like a True Bruin from the moment I stepped onto the IM Field for my first day of band camp,” he said.

From there on, Sanchez quickly immersed himself in the campus, opportunities, and community–and the rest was history. In addition to the Bruin Marching Band, Sanchez found a home (and employment) as a Community Service Officer within the UC Police Department, something few Bruins could say they had experienced. Originally looking for a job to lighten the financial burden of his schooling and cost of living on his family, he soon realized that the service he provided to the community through his job as a CSO contributed much more than money in the bank.

“I immediately took what would have normally been a difficult transition into employment and created a positive outlook on it by knowing that I would be helping make Bruins feel safer,” he shared with pride. Eventually, Sanchez’s hard work as a CSO paid off, and he became a Residence Hall Supervisor for the UCPD, becoming involved in the evening van, escort, and dormitory escort services that were held at night, making students feel a little safer on campus.

Sanchez also contributed to the fight song that pumped-up students and passerby with UCLA spirit during walks to class with tri-weekly practices on the intramural field, and at times during intense rivalry games in the pouring rain. As a band member, his involvement and service to his fellow band members and the community at large was boundless: he served on recruitment crew, equipment crew, and rank leader staff and further joined the national honorary band service fraternity Kappa Kappa Psi as Director of Service.

Fittingly, Sanchez’s deeply-held passion for service came from his unique upbringing, which instilled in him an early sense of compassion. From a family of five with two deaf parents, Sanchez’s first language was American Sign. Despite being deaf,  throughout his activities in choir, band, and theater during junior high and high school, his parents were at every show. “The unending support my parents gave me, despite not being able to hear the music I was producing, led me to immerse myself in their culture to show an equal support for them and the deaf community,” said Sanchez.

And this immersion was made apparent in nearly every activity he was involved in on campus, from interpreting for his family and deaf family friends at church and hospitals, to signing with his brothers and sisters in Kappa Kappa Psi–the National Honorary Band Service Fraternity–at district events, to working for the City Attorney’s office, to engaging with UCLA’s ASL programs, to simply signing along to his music on the way to class. Not only did his knowledge of ASL influenced his involvement on campus and his aspirations, but shaped him into a respectful, open-minded and service-oriented individual that he had become as a graduating senior.

“People have asked me growing up, is it hard having deaf parents or if I wish they weren’t deaf, and while it is a challenge at times, I wouldn’t change it. It’s definitely shaped me, given me a ton of character and respect for others and it makes my family unique and I love that aspect of my parents,” he said, remarking that given the fact that his parents met in college through a deaf program, he would not have been born if it were otherwise.

“Basically from that first game, I bled blue and gold and decided to get involved as much as possible and that’s why I took on four or five activities, and over the time, I’ve come to enjoy my classes, have had fantastic professors along the way, a phenomenal friend group that I can’t imagine what college would’ve been like without, and I took the time out to enjoy campus,” Sanchez reflected.

A graduating psychobiology student, he planned to pursue a career in medicine, specifically hoping to become a doctor available to and working closely with the deaf community. But no matter where he ended up and what career he found himself in in the near future, Sanchez said, “I’m not going anywhere. This is like my home. UCLA’s always going to have a special place in my heart.” With tremendous service and a love for the bruin community and the world beyond, Anthony Sanchez undoubtedly had the heart of the True Bruin. 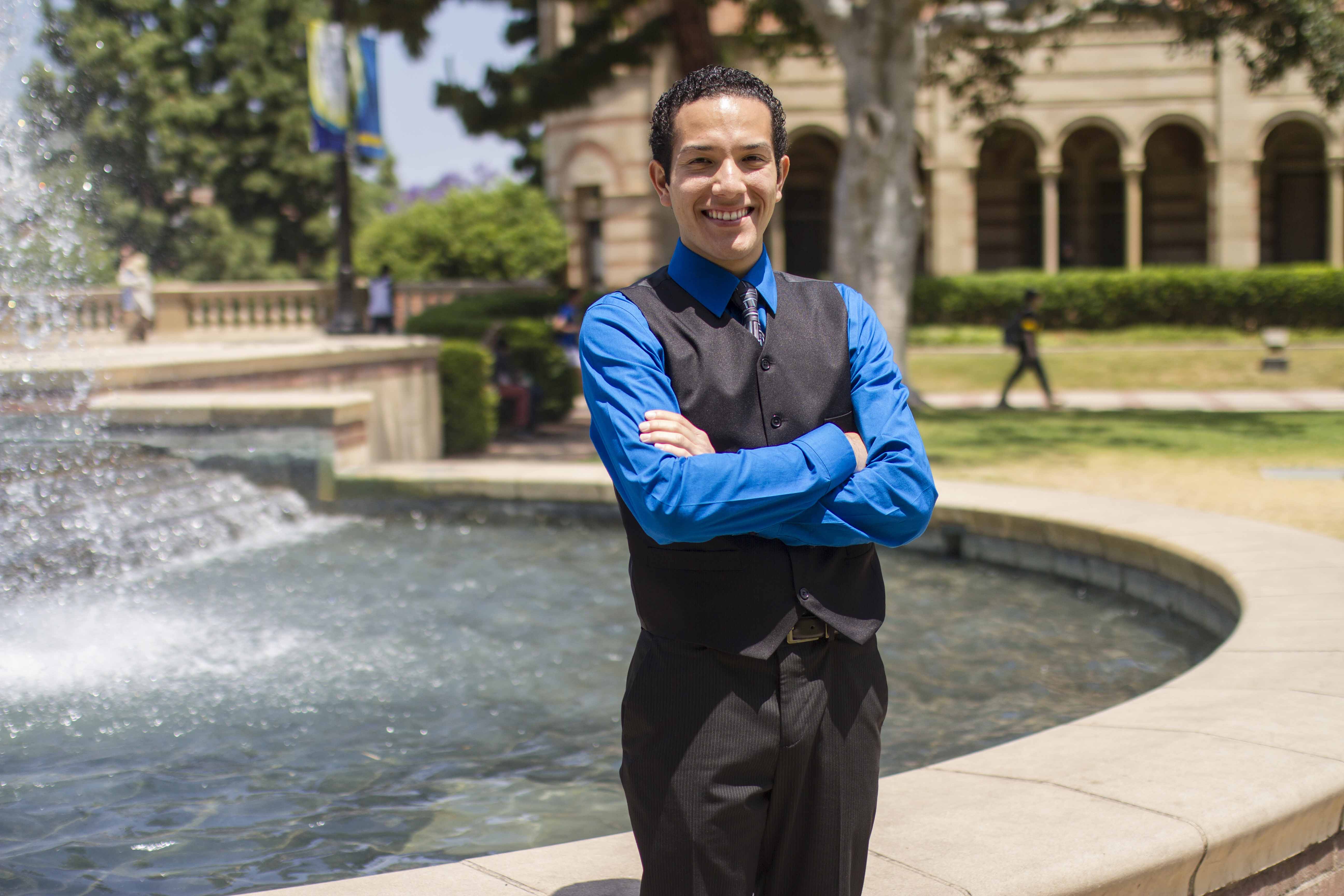 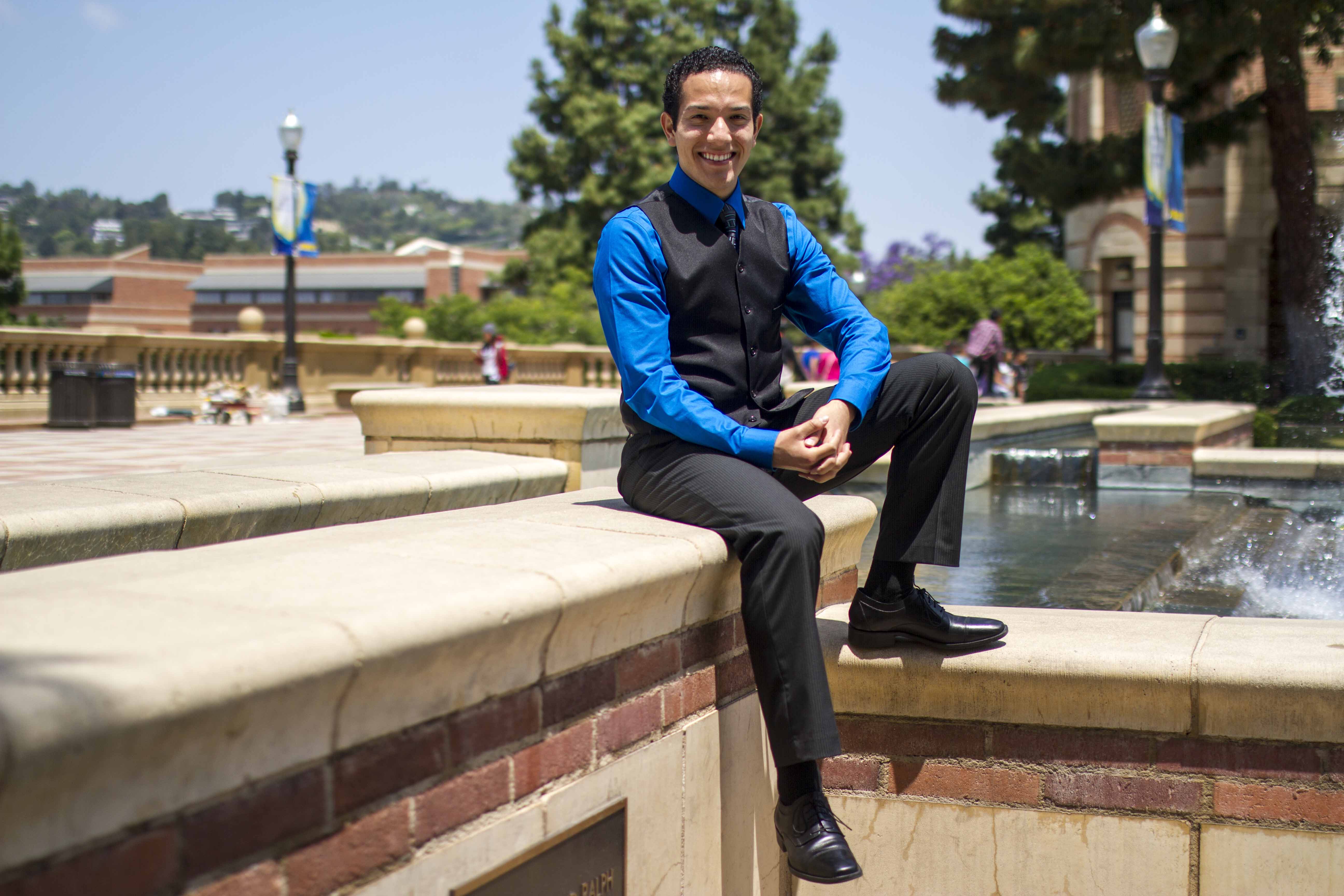