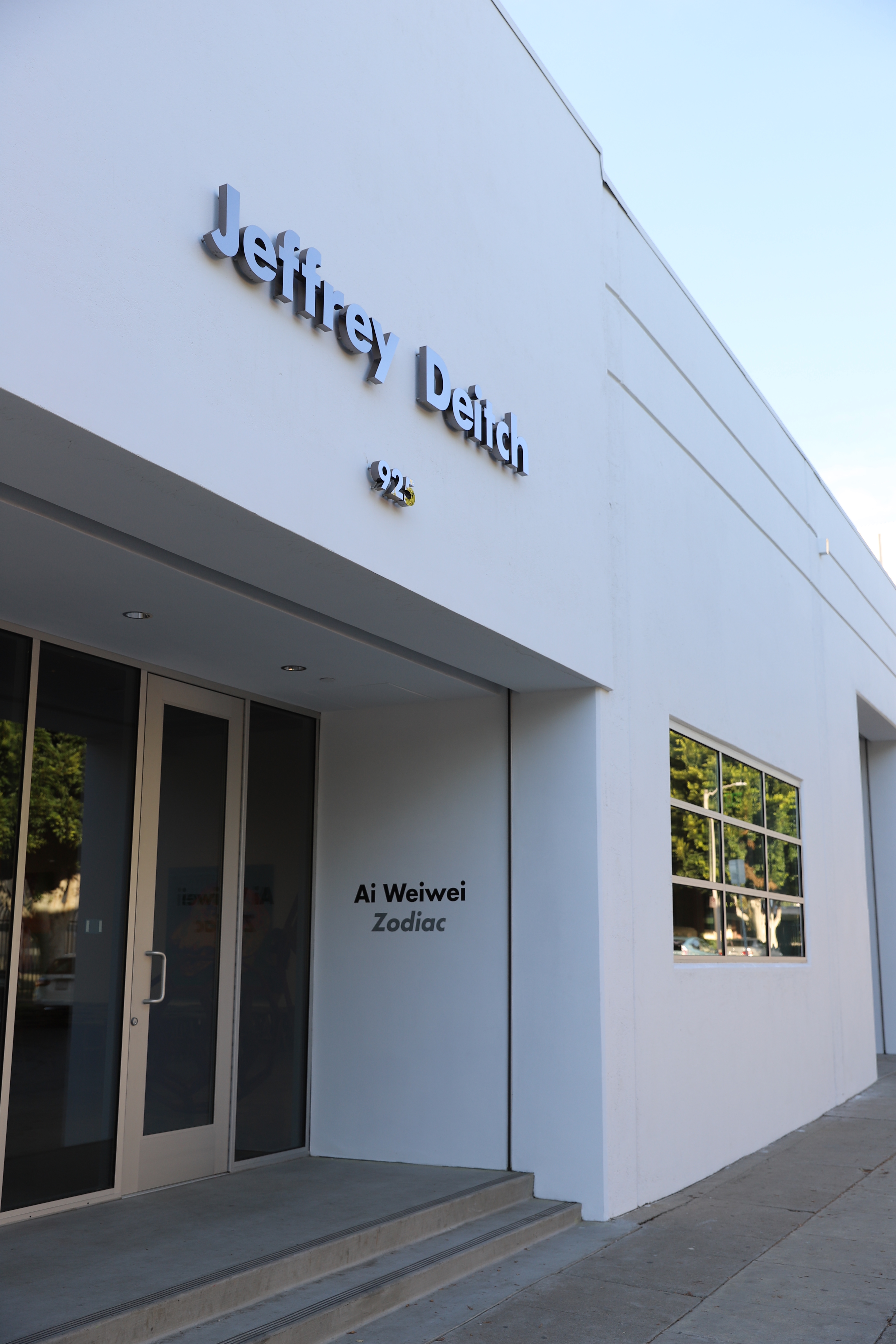 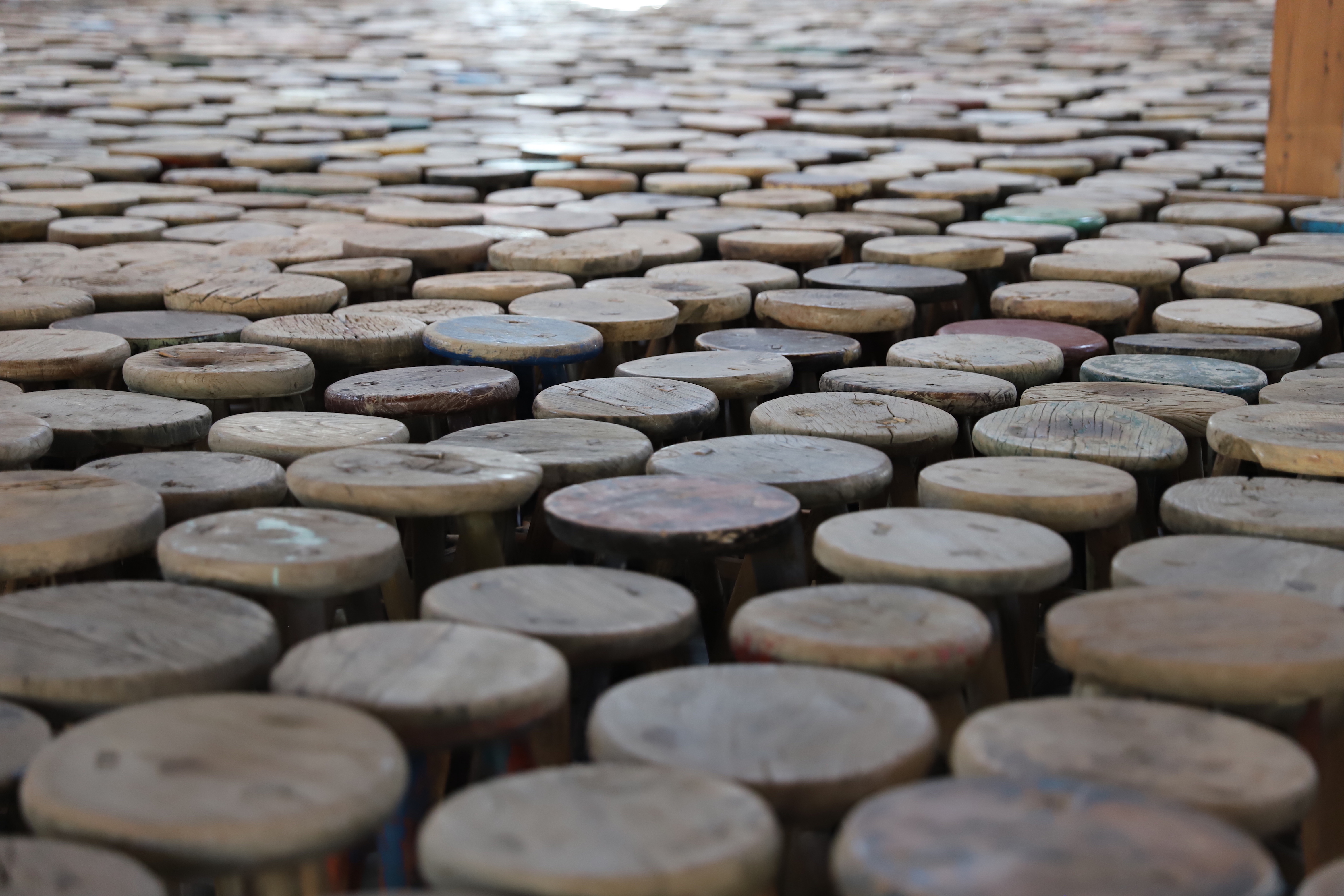 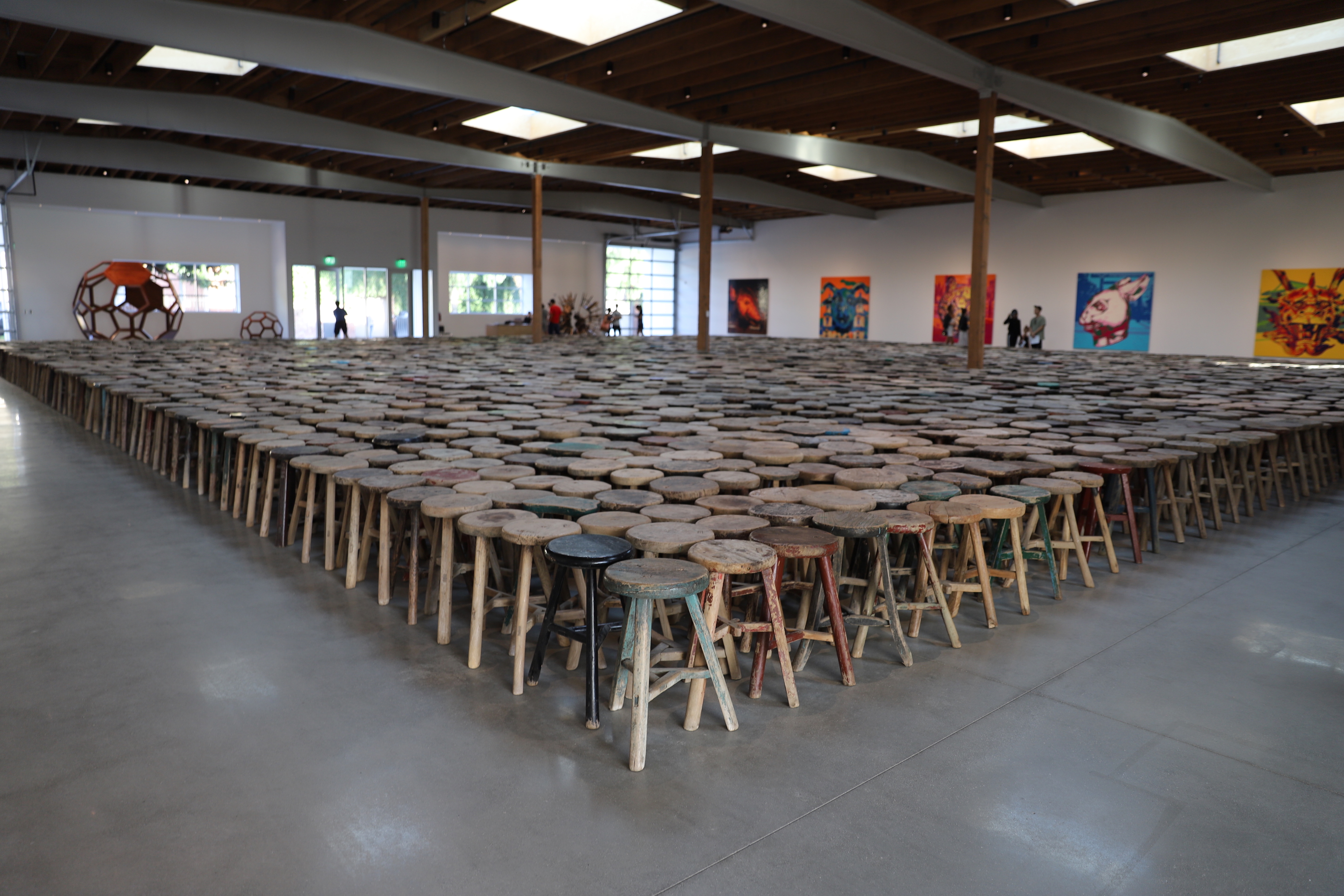 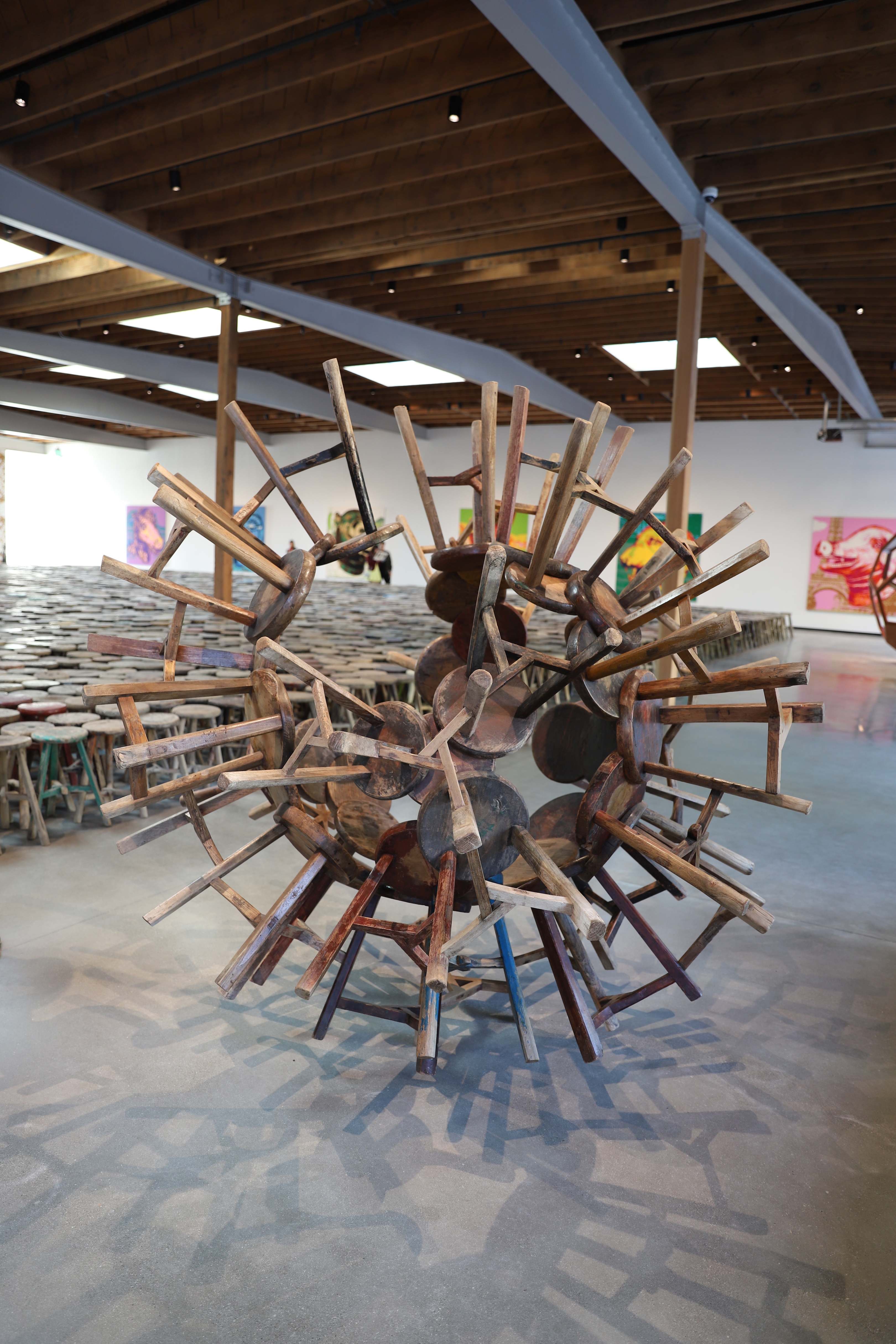 Down to check out some funky contemporary art? Ai Weiwei’s exhibition, including “Zodiac” (2018) and “Stools” (2013) are currently featured in Jeffrey Deitch gallery at 925 N Orange Drive, LA.

Ai Weiwei is one of the most famous Chinese contemporary artists, based in Beijing and now working internationally. His father was Ai Qing, a renowned poet who was persecuted during the Cultural Revolution. Therefore, the artist takes this as inspiration to create artwork reflecting the Chinese government and their repression over individuals. He expresses these emotions through installations created with ready-made pieces that were outsourced with a historical provenance, attached with a symbolic meaning.

When you walk into the gallery, the first thing that hits you as an audience is the massive number of stools, all perfectly aligned in the center of the space. Ai’s stool installation covers 72-foot square of the entire gallery, aligned in a perfectly geometric sequence that leaves viewers amazed, but also evokes a chilling response. Surrounding “Stools” are 12 large multicolored works of art. Each depict an animal of the zodiac, arranged chronologically. From afar, they look like pop art — something Andy Warhol-esque, but up close, you realize they are all made up of small plastic LEGO pieces!

So what does it all mean? The 5,929 wooden stools were gathered from the Ming and Qing dynasties. These were ubiquitous items that symbolize the Chinese domestic household. The use of ready-made, old stools evoke the sense of antiquity that has been carried over consecutive generations, and with it, tells its own narrative. From Ai’s arrangement of the installation, we can see how all the stools have a simple design that has remained the same for decades, reflecting how Chinese values are forever unchanged and persistent.

“Zodiac” can be interpreted through its choice of material — LEGOs. LEGOs are industrial materials that were mass produced, and look identical to one another. The collection of such a big mass of LEGOs questions how the individuals in China contribute to society — what their amalgamated value creates. Just like how the combined presence of LEGOs pieced together, forms a picture representative of Chinese traditions.

Though “Zodiac” is the featured exhibition, the Jeffrey Deitch space also encompasses many other installations by Ai Weiwei such as “Ton of Tea” (2006), “Crystal Cube” (2016), “Treasure Box” (2014), “The Animal That Looks Like a Llama But Is Really An Alpaca” (2015) and more of his exciting projects for you to check out!

Top 5 Ways To Save Money in College