Latest Posts
Illustration Gallery: Fall Colors
Everything is not what it seems: A delve...
The best book recommendation based on your zodiac...
Slice of LA: A newcomer’s guide to the...
My biggest piece of advice for incoming students
A guide to UCLA’s writing resources
The 10 commandments for the school year
Los Angeles’ museums for your amusement
Fading campus lines
A weekend hike at the derelict Murphy Ranch
Politics

The 2018 Midterm Elections are over and a new political landscape has emerged. Although the Democrats failed to make ground in the senate and gubernatorial races, they retook a majority in the house. Retaking the House was not enough for Democrats to regain control of the government, but it is certainly cause for celebration.

This midterm election was a particularly contentious one. The shocking results of the 2016 elections seem to have reinvigorated voters, especially young adults. With this movement encouraging people to vote, the election seemed especially present on campus. Political efficacy was at an all time high for the 2018 elections, which had the largest voter turnout for a midterm election since 1966. But what are the implications of this new government? 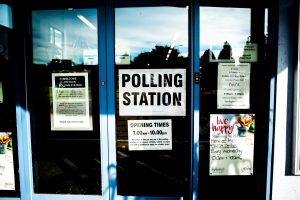 The fallout of the 2018 midterms has only just begun. With a newly divided legislature, the Democratic Party can now put significant legislative checks on the previously Republican controlled government. This includes access to committee leadership within the House, providing investigative powers to the Democrats. This is significant because it allows them to put pressure on President Trump, who now has more legislative checks on his actions.

Much about the new government still remains up in the air. The Democratic Party has made a key advancement in regaining their House majority, but the Republican Party still maintains control of the governments direction. How will the Democratic Party utilize its newfound majority in the House? Will President Trump and the Republican Party be willing to compromise with the House Democrats? These questions and many more will be answered in time, through the interactions between those in power.